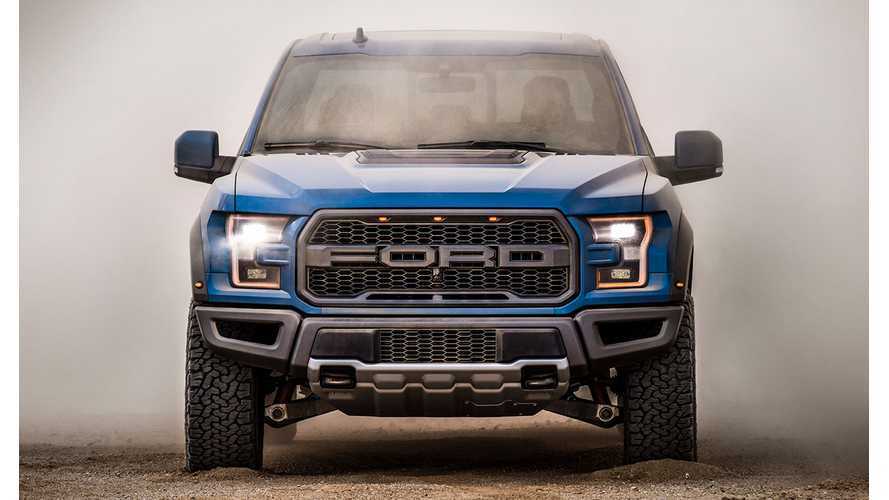 It was only a matter of time, but now the time until we see an all-electric Ford F-150 seems to be reduced considerably.

We are well aware that Ford has gone round and round about whether or not it will bring a plug-in hybrid or even a battery-electric F-150 pickup truck to market. Now that the company has made it clear that it will focus almost solely on trucks and SUVs, the ante is raised. Additionally, several startups have announced plans for an electric truck soon. Moreover, Tesla has solid plans for a pickup truck in the coming years.

Ford president of global markets Jim Farley recently spoke at an event in conjunction with the North American International Auto Show (NAIAS) in Detroit. He shared:

We’re going to be electrifying the F-Series — battery electric and hybrid.

Going along with what we stated above, Farley talked about the automaker's new outlook and admitted that the move to offer and all-electric and hybrid F-150 would help make the F-Series "futureproof." Autoline's John McElroy commented on the plans:

When he says ‘battery electric,' what I’m taking that to mean is a battery electric vehicle. Pure electric. They’ve said they would have a hybrid plug-in version of the F-150. But this is different than what they’ve talked about in the past.

Jim Farley had much more to share about the reality of this announcement and the reasoning behind the automaker's plans. He said:

Ninety-percent of our capital now is allocated toward trucks and utilities. We have the F-Series, the world and America’s best-selling truck. More than a million units were sold last year. F-Series core strength at the end of the day is: There’s a truck for every customer and we know those customers really, really well. From the F-150 all the way to the F-750. They all matter to us.

The F-Series in unmatched when compared to the competition, not only in sales, but also in a plethora of other categories. It's the best-selling vehicle in America. To see it offered in a pure-electric configuration will be a huge step forward for the EV segment.