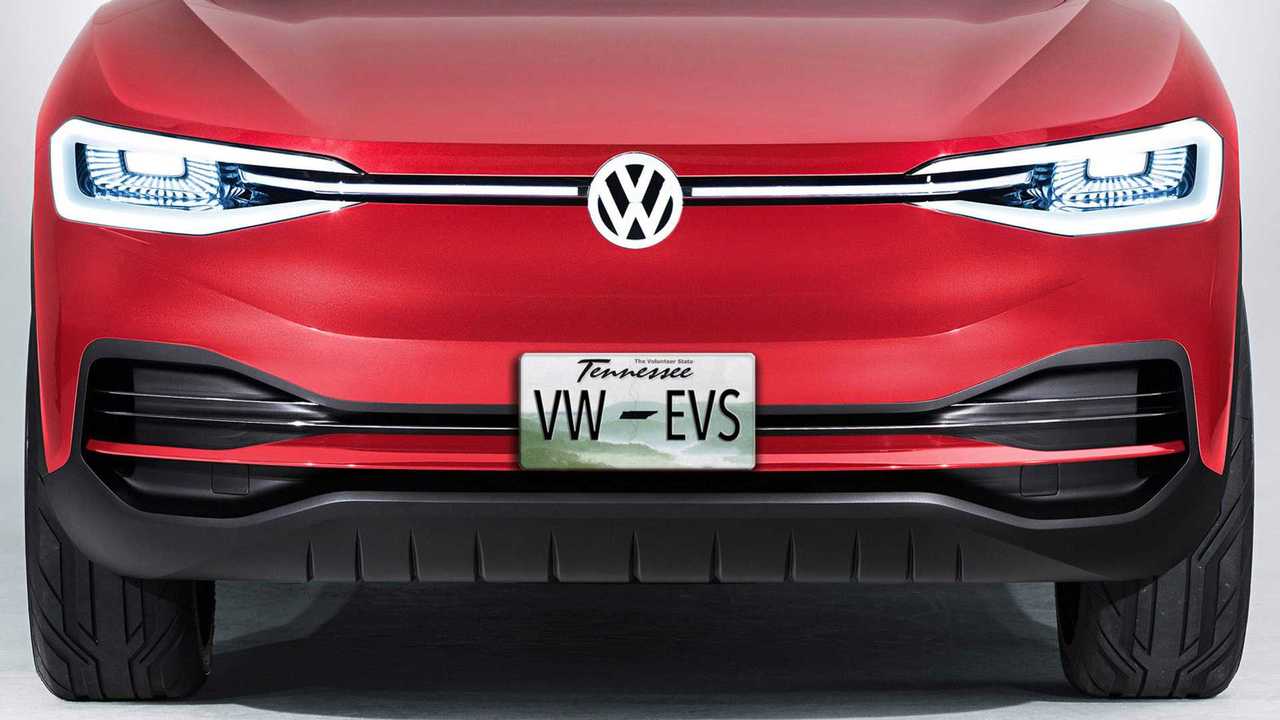 It's happening. Not getting fooled again

Volkswagen has been looking for a place to plant a new electric vehicle factory in the U.S. for some time. Now, it seems they found the perfect spot. To paraphrase The Who from their song "Won't Get Fooled Again'," meet the new factory, same as the old factory. That is, the new VW EV factory will be an expansion of its existing facility located in Chatanooga, Tennessee.

The announcement certainly comes as good news for the Tennessee city. The planned plant expansion translates into an initial $800 million investment and an additional 1,000 jobs for the region. The automaker already employs about 3,500 workers at the location, where it manufacturers the Passat and the Atlas SUV. The Chatanooga factory was originally built in 2011.

The electric vehicles that will eventually roll from the expanded factory floor will be based on VW's MEB platform. This electric-dedicated architecture will underlie a number of different models, most of which will feature the I.D. prefix in their names. The first to arrive in U.S. showrooms will be the I.D. Crozz in 2020. According to the German automaker, the Crozz will offer mid-size crossover space in a compact crossover footprint.

Europe will actually get a hatchback — simply know as the I.D. for now -- based on this same MEB platform. And sooner. It should start rolling from a factory in Zwickau, Germany before the end of the year.

We've got all the details awaiting your perusal below in the official press release.

Strengthening the company’s commitment to an electric mobility future, this expansion of Volkswagen's U.S. footprint will include an investment of $800 million into the Chattanooga facility and create 1,000 jobs at the plant, plus additional jobs at suppliers. EV production at the site will begin in 2022.

“The US is one of the most important locations for us and producing electric cars in Chattanooga is a key part of our growth strategy in North America,” said Dr. Herbert Diess, CEO of Volkswagen AG. "The management team, led by Scott Keogh, is committed to continuing to increase our market share in the coming years. Together with our ongoing investments and this increase in local production, we are strengthening the foundation for sustainable growth of the Volkswagen brand in the US."

Volkswagen of America will offer the first EV based on the MEB platform to customers in 2020. This vehicle will be a series-production version of the ID. CROZZ SUV concept, first shown at the North American International Auto Show last year. This vehicle will have the interior space of a midsize SUV in the footprint of a compact SUV. Volkswagen of America will also offer a multi-purpose EV based off the ID. BUZZ concept.

Volkswagen currently builds the midsize Atlas SUV and the Passat sedan at the Chattanooga factory, which opened in 2011. A five-seat version of the Atlas, the Atlas Cross Sport, will begin production in Chattanooga later this year.

“We could not be prouder to build the future of mobility here in the U.S.,” said Scott Keogh, CEO and president of Volkswagen Group of America. “We’re known as ‘the people’s car' for a reason, and our EVs will build on that tradition.”

Globally, Volkswagen Group plans to commit almost $50 billion (44 billion euros) through 2023 toward the development and production of electric vehicles and digital services. The Volkswagen brand alone has forecasted selling 150,000 EVs by 2020 worldwide, increasing that number to 1 million by 2025.

“The shift toward electric vehicles is a trend that can be seen worldwide, and Volkswagen’s decision to locate its first North American EV manufacturing facility in Chattanooga underscores Tennessee’s manufacturing strength and highly-skilled workforce,” Tennessee Governor Bill Haslam said. “As one of Hamilton County’s top employers, these additional 1,000 jobs will have a lasting impact on the region. I thank Volkswagen for its partnership and also applaud the company for its ongoing commitment to education and workforce alignment, which helps Tennessee build a pipeline of talent for years to come.”

“Volkswagen is continuing to invest in the US to broaden its manufacturing and R&D footprint,” Diess said. “Projects like the electric car production announced today and changes in our sourcing decisions are in line with the current direction of trade policy including the USMCA.”