Master Puzzle Maker: Tesla Put All The Pieces Together 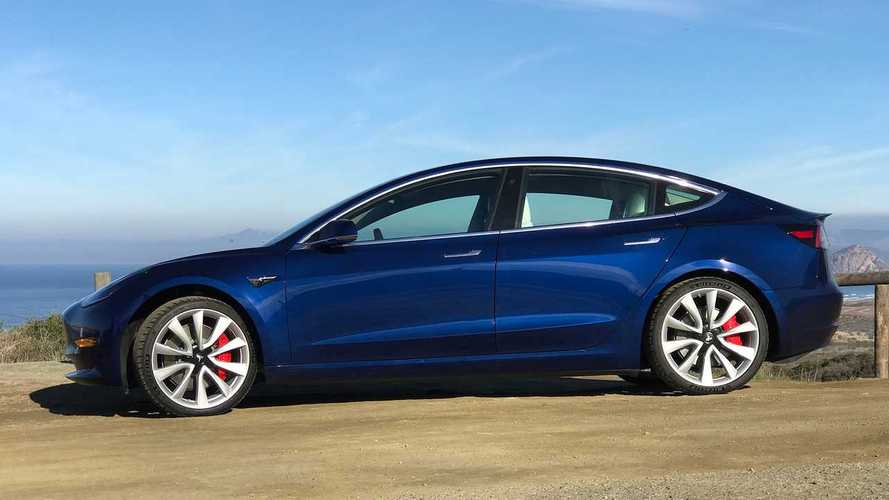 MASTER PUZZLE MAKER SAYS TESLA PUTS ALL THE PIECES TOGETHER

*This article comes to us courtesy of EVANNEX (which also makes aftermarket Tesla accessories). Authored by Barbara Pressman. The opinions expressed in these articles are not necessarily our own at InsideEVs.

Above: George prototyping for a new puzzle (Image: EVANNEX)

George’s interest in Tesla began with his first Roadster, VIN #1050. His first wife wanted a sports car but George rejected the usual internal combustion engine options. On a lark, both George and his wife took a test drive in a Roadster. Both exited the Roadster wearing the famous Tesla smile. Decision made!

Now on his third Tesla, George and Roxanne just took delivery of a Model S P100D and have the next generation 2020 Roadster on order.

Above: George and Roxanne with their new Model S (Image: EVANNEX)

George refers to himself as a “puzzle prototyper,” and every year in his shop, Puzzle Palace, he makes about 100 puzzles for the International Puzzle Party held in the US, Europe, and Japan annually on a rotating basis. I asked him if his unique way of thinking drew him to Tesla.

George smiled and thought for a moment. “Puzzle solvers (and makers) must have logical minds and the ability to make good decisions. Buying a Tesla was the perfect solution to my car buying puzzle."

“In his own way, Elon Musk is a puzzle solver,” George continued. “Whether it’s an automotive design problem, a manufacturing problem, or thinking outside the box, Elon shines.”

A few years back, George was interviewed for his thoughts on the 80's puzzle phenomenon that took the world by storm, the iconic Rubik's Cube. “If it’s too small, it’s bad . . . If it’s too large, it’s bad,” he told the New York Post . “You want something that fits in your hand.”

I decided to ask George about the parallels of designing successful puzzles and the challenges of designing a smaller electric sedan with mass appeal.

George liked the metaphor. “Well, all of the pieces have to fit together. The problem is that you can try to fit the pieces in ways that don’t solve the puzzle. At first, the Tesla team struggled, but they figured it out.“

George explained that Tesla solved a puzzle that had eluded other automotive manufacturers. They made the pieces fit together with the introduction of Model 3. The Silicon Valley company brought to market a wildly popular, lower-priced, zero emissions vehicle.

Above: Fine tuning the edges for a perfect fit (Image: EVANNEX)

He continued, “Tesla is the perfect car for the future and the modularity makes it cost effective. Satellites are already in place for software updates worldwide—anywhere, anytime. We are almost at the tipping point for self-driving cars, and Tesla is leading the way.”

The Millers just returned from a road trip to visit family in the Chicago area. The trip began in South Florida. Here are some of George’s observations:

Autopilot was great, and we used it almost the whole way, even on smaller roads. The only stops were for charging and eating at the same time. Even the small town of Peru, IL had six superchargers.

Hotels with destination charging are key for an EV trip. We liked the Hilton chain. These chargers are a win-win for both hotels and Tesla.

Storage area in the trunk and frunk proved to be very helpful. We transported Christmas presents on the way there, and the puzzle collection on the way home.

Charging stations were everywhere. We stretched the limit to about every four hours for stops.

Bluetooth connection was solid all along. We were able to listen to audio books during our trip (including the Elon Musk biography by Ashlee Vance).

George and Roxanne Miller are the kind of people who exemplify the Tesla owner. Their adventurous spirit, and logical, intelligent minds, make this car the pinnacle of these puzzle makers’ automotive dreams.