This CEO Thinks Tesla Is A Ford-Killer

Can it survive on internal combustion trucks alone?

The term "Tesla-killer" is something we've seen in headlines a thousand times. Probably more. But what if the pundits have this all wrong? What if Tesla is actually the one that will be doing the killing. That's the take of Richard Thalheimer, the founder and former CEO of The Sharper Image, a company that sells all kinds of neat doodads and gadgets you never knew you needed. He thinks traditional automakers like Ford are on their way out.

Plug into more on Ford 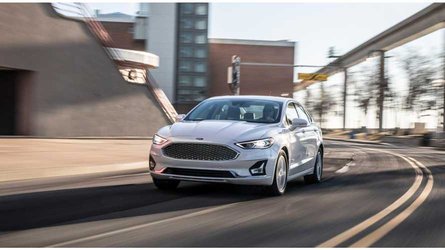 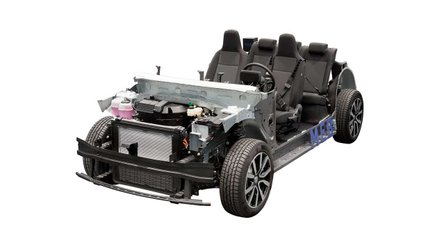 Thalheimer, like many Tesla owners — he's owned four, so far — is pretty bullish on the company. But it's his experience watching products get disrupted in the marketplace that informs his views on the automaker. He brings up one example:

"I remember when Sharper Image started selling the first Apple iPod. It was a revolutionary product that changed the industry, and ended the reign of Sony Walkman, though many observers and industry veterans didn’t see it coming."

For Thalheimer, the Tesla advantages seem obvious, and he runs through a familiar list of positive attributes: instant torque, climate benefits, and the Supercharger network, which he sees as a competitive edge. He questions whether Ford, with its heavy dependence on pickups for profit, will even be around five years hence. If share prices are any indication of future expectations, then the trajectory of the Ford stock price over the past five years certainly indicates challenges ahead for the company.

One of those Thalheimer singles out for short-sightedness is Bob Lutz. The one-time Ford, Chrysler, and GM executive famously said in September that Tesla is "headed for the graveyard." He even went as far as stating Tesla CEO Elon Musk is "a nice guy who doesn’t know how to run a car company." We probably don't need to remind our readers that the California company is the first new auto manufacturer in the U.S. since 1925 saw the creation of Chrysler and is now outselling any number of models from traditional nameplates.

Thalheimer isn't the only one that sees stormy weather ahead for Ford. In a video yesterday (embedded below), Galileo Russell from Hyperchange called for Ford to buy Rivian as a way of helping to secure its future. We don't think that is going to happen (or even a great idea), but his analysis of the Detroit company's current business model is worth a watch. He points out that the Blue Oval is depending heavily on its F-series pickups to prop itself up and electric versions from new competitors could have a real impact on Ford's bottom line.

While it's too early to say whether Rivian could be that effective new competitor, the yet-to-be-revealed pickup truck from Tesla could certainly make a dent, depending on how enthusiastically it's received. Either way, we can only hope Ford's future electric plans include an all-electric F-150 as hinted at recently.