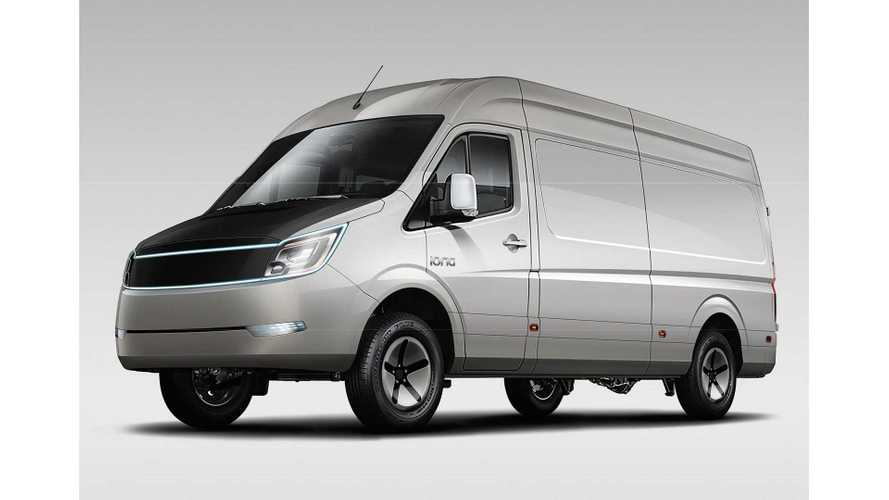 AVEVAI is a new company that intends to capitalize on the electric vehicle revolution. The name comes from - Autonomous Vehicle, Electric Vehicle, Artificial Intelligence.

The first two products, introduced at the Guangzhou Auto Show, are the all-electric Iona Van and Iona Truck.

The special feature of the Iona vehicles is an energy storage system called Graphene Energy Management System (GEMS), which combines lithium-ion batteries and ultracapacitors. According to AVEVAI and e-Synergy, such combination will take the high-power stress from the lithium-ion cells and extend the productive life of the battery. The warranty was set at 200,000 km (124,000 miles) or 5 years.

Production (at the Foton facilities in Shangdong) and sales in China are to begin in February 2019. From May 2019 AVEVAI would like to gradually expand sales to Europe, U.S. and other countries like Japan, South Korea, Australia, New Zealand and even Russia.

Development in partnership with Daimler, Foton and e-Synergy

Avevai, a start-up from Singapore is showing the first electric vehicles of their new Iona series at the Guangzhou Auto show in China. They developed the chassis of their electric van and small e-truck together with Daimler and Foton but the real innovation is in the system.

To power their Iona series of light commercial electric vehicles, Avevai has turned to e-Synergy, also of Singapore, for their graphene-infused supercapacitor technology. This energy management system allows for what Avevai calls an “unrivalled range” of 330 km for the Iona Van and 300 km for the Iona electric truck.

Avevai set up their cooperation with e-Synergy long term it appears as they patented their jointly developed Graphene Energy Management System (GEMS) together. They say they can customise it for use in any electric vehicle and plan to market it in 2019. Controlled by a smart algorithm, GEMS allows charging and discharging cycles to run in nanoseconds and Avevai claims up to 85% of energy captured through regenerative braking.

In the real world this means said battery technology can take faster charging and discharging cycles with less damage. Avevai specifies a 200,000 km or five year warranty and say a 22kW AC charging station will fully charge the Iona Truck in two hours, while the electric van takes less than four hours to be fully charged.

Avevai designed their Iona series in Singapore but turned to Stuttgart in Germany to develop a custom chassis. The development at Daimler and Foton, longstanding partners, incorporated all performance and safety related components such as brakes, bearings, drive and control systems, as well as insulation and NVH, to comply with international standards.

The body can be customised for various requirements with short and long wheel-base versions capable of carrying a payload of up to 2,500 kilos and up to 18 cubic metre of cargo. Foton of China will take over production of the electric vehicles for Avevai.

The start-up set the on-sale of their electric vehicle series for February 2019, first in China. Other markets such as Europe and the U.S. will follow from May next year.