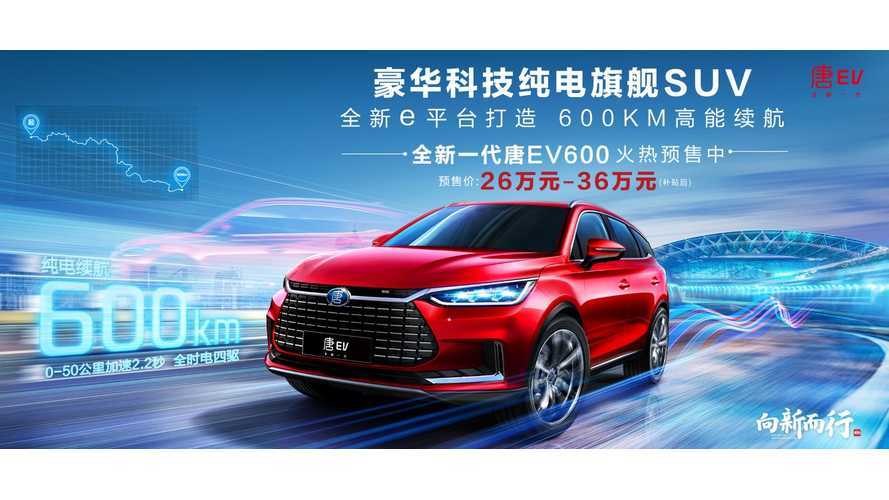 One of the latest new models from BYD at 2018 Guangzhou Auto Show is the all-electric version of Tang SUV, which was previously available as conventional ICE and plug-in hybrid.

The pure electric Tang will be available in five and seven-seat (2+3+2) versions.

We are very interested in how well the new Tang BEV will sell as the PHEV is the top -selling plug-in model for the brand (over 6,000 per month).