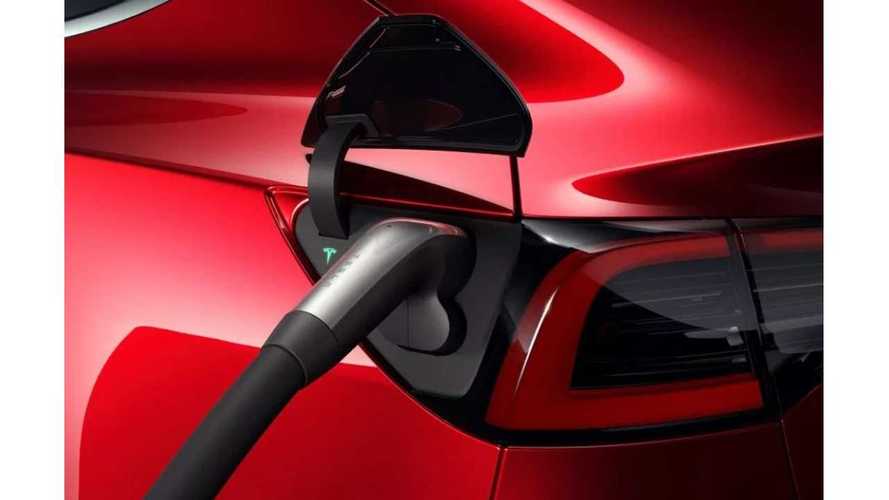 Tesla switches the Model 3 to the Combined Charging System in Europe.

The introduction of the Tesla Model 3 in Europe will bring huge changes to Tesla's charging policy, as the company is leaning towards implementing the CCS Combo fast charging standard.

First of all, the Tesla Model 3 will get a CCS Combo-compatible charging inlet.

The Model S and Model X (which don't have that much space for bigger inlets) will get an adaptor for DC CCS chargers, just like in case of the CHAdeMO adaptor. It should be similarly priced (around €500), but smaller in size.

Another major move is to retrofit Supercharging stations in Europe with CCS Combo DC plugs (ahead of the Model 3 introduction). Tesla will add those to existing Supercharging DC plugs, based on the AC Type 2 plugs, which where used for both AC and DC charging scenarios in the Model S and Model X. Each charging post will be dual-connector.

We assume that this is just the first chapter, as in the long-term, Tesla simply could upgrade Model S and Model X for CCS Combo inlets, and then remove the Type 2-based plugs from Superchargers entirely.

The last major point is that introducing CCS Combo DC plugs at Superchargers brings Tesla closer to an open the network for other manufacturers of electric cars, which now could use the Tesla network (by participating in fronting some costs), without any changes on the car side.

The side effect of equipping the Model 3 with a CCS Combo inlet is that a physically bigger connector should enable Tesla to increase the power level of charging, especially since liquid-cooled cables/plugs have already been developed by at least few suppliers. On the other hand, the CHAdeMO infrastructure at least for now iis stuck for a while at 50-100 kW (despite the standard itself being upgraded to higher power).

AC charging (single- and three-phase) through a Type 2-compatible inlet will remain unaffected by the change.

Speaking exclusively to Auto Express, Tesla’s head of global charging infrastructure, Drew Bennett, said: “There’s a lot of excitement about Model 3 coming to Europe and charging is always part of that conversation.”

“We’ll be continuing to invest in our network – that’s a huge part of the ownership experience. But we’ll be enabling our owners to have access to the CCS networks that are starting to grow in Europe, so the Model 3 will have a charge port for the CCS standard and we’ll also have an adaptor for Model S and X.”

“All existing Tesla customers will be able to use the Supercharger network still, but these changes will allow people to venture outside the network – this is something that could really help our owners and is really exciting for us to be able to say that about the infrastructure in Europe..”

In Europe, Tesla has more than 430 stations with more than 3,600 Supercharging stalls.

With the introduction of Model 3 - because of the anticipated volume of sales and retrofit - Tesla will invest in the charging infrastructure more than ever.

“We’ll accelerate things for sure. We’re there to put infrastructure there before our owners need it; the Tesla Supercharger network and Tesla Destination network.”