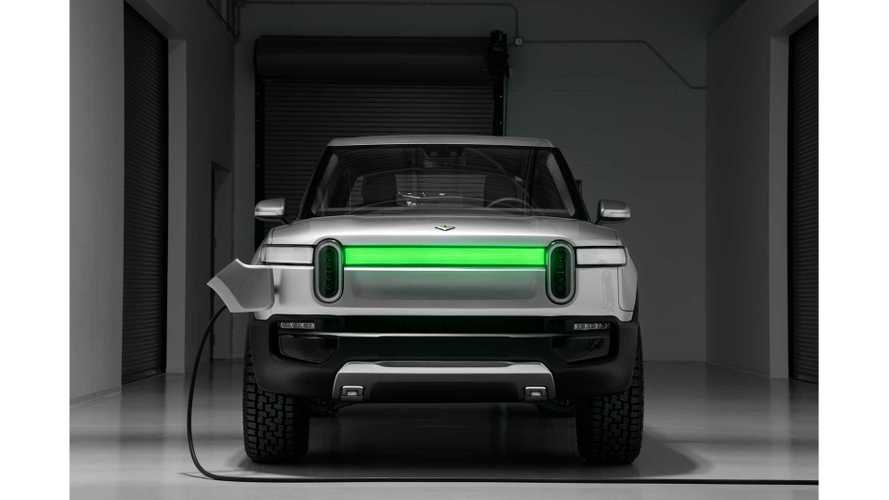 With an interesting twist on the cooling scheme ...

That’s what it sounds like based on a previous Teslarati article:

“Rivian’s battery module is made up of the same sized battery cells that Tesla uses in the Model 3, commonly referred to as 2170, but the physical configuration of the cells differs quite a bit. Though the module is significantly thicker than Tesla’s, with two cells stacked on top of each other, it’s more energy dense by volume and weight. Separating the two levels of cells is Rivian’s cooling systems.”

Tesla hasn’t talked a lot about stacking batteries but it is an unmistakable conclusion based on the information we have on the Tesla semi truck. There’s no way to squeeze that many kWh’s into the semi without stacking them and it looks like Rivian is doing the same thing.

Here’s another interesting observation about the Rivian R1T made by Teslarati:

“Separating the two levels of cells is Rivian’s cooling systems.”

So it’s a double stack with cooling in between the two layers of 2170 battery cells. That’s nice but what kind of cooling system is it?

Back to Tesla’s semi truck design. We estimated what the semi pack would look like in an article here. In order for Tesla to squeeze 900 kWh’s of battery cells in the semi we estimated 6 layers of Model 3, 2170 cells!!

I wonder about the support structure Tesla would need to support such a stack of batteries. How do you do THAT? Surely something needs to support these multiple layers.

Wouldn’t it be nice if the supporting structure also doubled as a cooling system!

Perfect application for a flat cooling plate that also provides the structural element between the layers. There’s definitely some synergies here.

Yes, that’s the other advantage of stacking batteries. Even using cells of the exact same energy density you end up with a more energy dense battery at the pack level. We already did an analysis of that (ref) and showed that a significant increase in energy density could be attained in the tesla semi battery.

The Rivian battery pack appears to be an intelligent design indeed!

We wouldn’t be surprised if Tesla has adopted a similar flat plate battery pack architecture in their semi truck as Rivian!!

That’s how good it is!