Electric Camper Pulls Its Own Weight, Acts As Powerwall 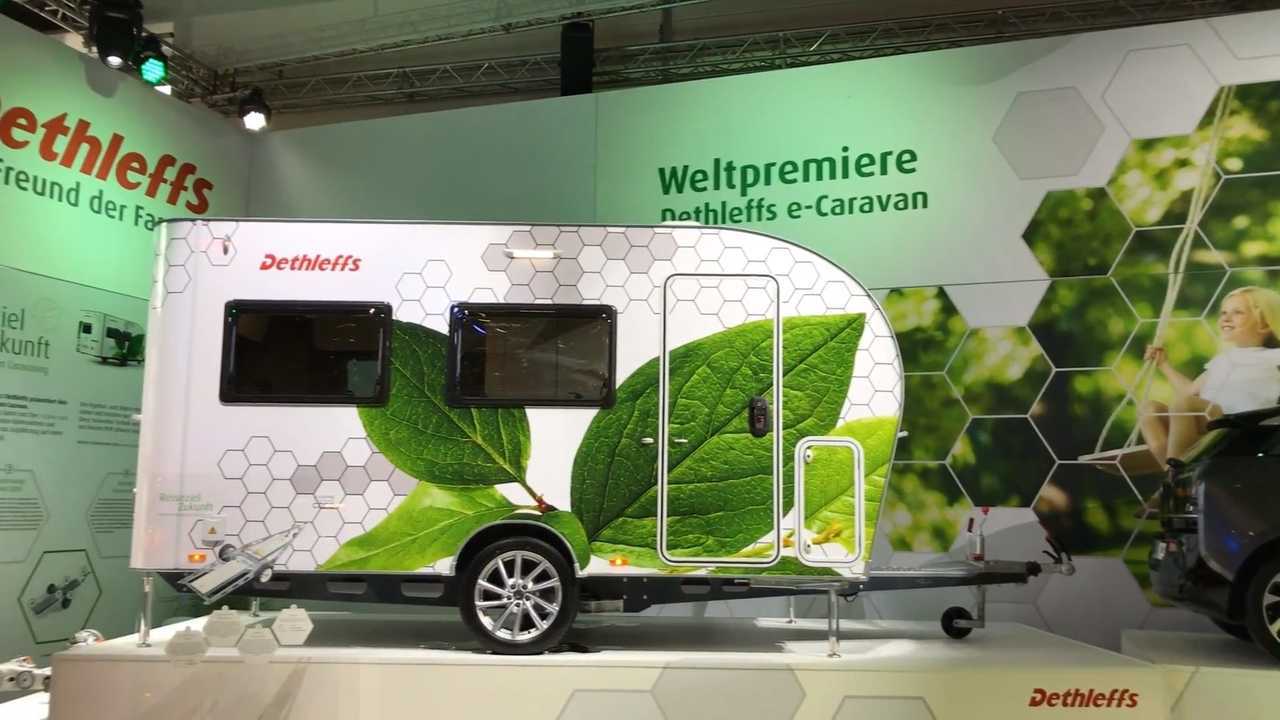 Dethleffs, an RV manufacturer based in Germany, wowed us last year with its solar-covered camper. Now, it's followed up on that concept with the e.home Coco travel trailer study at the Caravan Salon Düsseldorf 2018. This pull-behind contains its own electric drive system and battery that takes a load off your hauler and provides owners with benefits year-round by acting as a solar-assisted Powerwall.

We get electric camper crazy

Ignore the big leaf decal on its exterior extolling its green virtues and the camper looks like any other you'd see headed to the beach or mountains. However, it's hiding some secrets. Hidden in the floor is a massive 80 kWh battery, and each wheel get its own 40 kW (54 horsepower) electric motor, capable of producing 347 pound-feet of torque, to help the home-away-from-home pull its own weight. It doesn't take the entire load off the tow vehicle, but it's smart enough to maintain a selectable amount of effort. Speaking of smart, it also features torque vectoring — it can vary power output to each wheel — for improved handling. But wait, as they say, there's more.

Its roof is home to solar panels which complete the suite of practical, but environmentally friendly, features. Taken together, the system can not only vastly extend the range of the tow vehicle by taking away most of the pulling effort but, parked up alongside a house, it can act as a source of backup power, or can be integrated into your solar system.

The drive system in the Dethleffs e.home coco also makes itself useful when setting up your camper. Using its own app, you can maneuver it while it's detached from the tow vehicle, making it easier to set up in tight or awkward spaces. Brilliant!

Not yet available for sale, the company plans on taking it on the road in 2019 for further testing. There's no doubt that if it makes it to showrooms the price tag will reflect the increased cost of its hidden assets though, over time, the energy storage system could reduce the overall cost of ownership.

Check out the video (below) showing an animated version of the travel trailer being put through its practical paces.