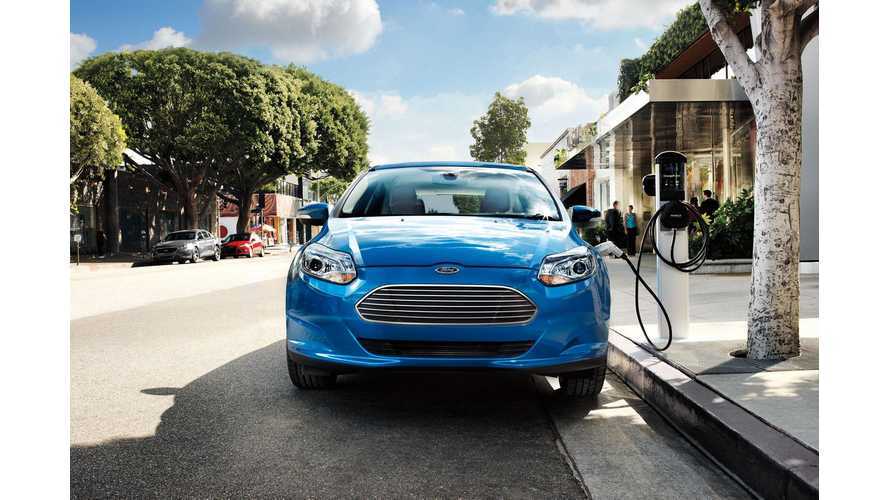 Finding information about the California Air Resource Board (CARB) Zero Emissions Vehicle (ZEV) mandate can be difficult. The roots of the program began in the early 1990s and it has been updated regularly as technology has advanced. A mandatory percentage of Zero Emission Vehicle (ZEV) credits must be earned in states that have adopted the mandate. As of this writing, 9 states outside of California have adopted the ZEV mandate: New Jersey, New York, Connecticut, Maine, Rhode Island, Vermont, Maine, Massachusetts and Maryland.

Just looking for the current credit balances of major automakers? Jump to the chart here.

In previous years, a large portion of credits could be earned with Low Emission Vehicles such as hybrids. But moving forward, automakers will need to invest heavily in ZEV's. Battery Electrics and Hydrogen Fuel Cell Vehicles will make up the bulk of credits earned, with a smaller portion coming from Transitional Zero Emission Vehicles (TZEV) such as Plug-In Hybrids.

In 2018 the ZEV Credit Percentage requirement is 4.5% of all vehicles sold by a manufacturer. For Large Vehicle Manufacturers, 45% of these credits must come from vehicles that California considers Zero Emission Vehicles. This means Battery Electric (BEV) and Fuel Cell (HFCV). The remaining 55% can be earned primarily from other electrified vehicles such as Plug-In Hybrids (PHEV).

As a simple example, if an automaker sells an average of 150,000 vehicles in California between 2014 and 2016, they will need to earn a total of 6,750 credits for 2018. And at least 3,038 of those credits must be earned from the sale of a BEV or HFCV. This does not necessarily mean that an automaker needs to sell 6,750 ZEV's and TZEV's in order to meet this requirement. Plug-in hybrids receive between .4 and 1.3 credits per sale. Battery electrics and fuel cells receive between 1 and 4 credits.

The amount of credits earned for each vehicle is directly related to range. In the case of a BEV or PHEV, this means that the larger the battery pack and the more efficient the vehicle, the higher the credits earned.

For BEV's and HFCV's, the Urban Dynamometer Driving Schedule (UDDS) is used for calculations. This is a testing cycle that has a lower average speed to simulate city driving. The EPA Label range is approximately 70% of the UDDS range.

Plug-In Hybrid credit calculations can be roughly estimated using the AER of the EPA Label and adding .2 credits. Since a Chevy Volt has an AER of 53 miles, we can estimate 1.03 credits are earned as for every Volt sold in a CARB state. The Toyota Prius Prime, with an EPA sticker range of 25 miles will earn Toyota about .75 credits.

Automakers that over comply are able to bank their ZEV credits for future use. There is a limit on how many over-compliance credits can be used per year. But automakers can also transfer credits to other states and they can sell or trade these credits with other vehicle manufacturers.

During this same time period, General Motors had an excess of TZEV credits due to years of strong Volt sales. They transferred 6,000 TZEV credits to Honda, who provided GM with 2,500 BEV credits and 12,700 Partial Zero Emission Vehicle (PZEV) credits (that have been depreciated in value).

For 2018, Toyota will need to earn approximately 17,300 ZEV credits. About 8,000 of these will need to be from BEV's or HFCV's. Because of its long range, a hydrogen fuel cell vehicle like the Toyota Mirai earns 4 ZEV credits. So, for this year, Toyota will only need to sell about 2,000 Mirai’s to meet compliance in California and all other ZEV mandate states thanks to the Travel Provision.

The CARB ZEV mandate offers many paths for automakers to take in order to comply. As we move into the next decade, the vast majority of ZEV credits must be earned from BEV's or HFCV's. Automakers like Nissan and General Motors have been stockpiling ZEV and TZEV credits for nearly a decade now. With 13,487 California Bolt sales in 2017, GM earned over 52,000 ZEV credits, far beyond the approximately 9,500 credits they will need for 2018. Nissan also has plenty of breathing room for upcoming years even if sales stagnate.

Toyota, Honda and Ford jumped in early on hybrids, putting them in a more difficult position. But the ability to purchase BEV credits from other automakers makes it possible for them to course correct. In 2015, Ford purchased 35,000 credits from Tesla. Toyota purchased 35,200 from Tesla in 2016. Toyota and Honda also have Fuel Cell programs that will help them shore up their numbers not only in California but in all ZEV states. Once the travel provision ends for fuel cells, it is unlikely that these programs will win out over future BEV offerings. But in the meantime, the Clarity and Mirai help them meet their yearly numbers.

Hyundai, Kia and Volkswagen have smaller credit balances, but they sell enough electrics and plug-in hybrids to maintain a buffer. Fiat CEO Sergio Marchionne has famously labeled the fun to drive Fiat 500e as a compliance car. While it does not earn as many credits as the new generation of all electrics, Fiat Chrysler has built up a huge credit balance. The Pacifica Hybrid and the ability to buy additional credits means Fiat is in no danger of running out of credits.

In other words, while the CARB ZEV mandate might seem tough at first blush, it is very flexible. As of yet, no automaker has missed compliance and no automaker is in danger of missing. The goal of the program is not to punish automakers for the sins of the past but to push forward electric vehicle adoption. California governor Jerry Brown has recently set a goal of 5 million ZEVs on the road by 2030. With the help of CARB and falling battery prices, I expect them to blow past that goal easily.

Automaker Credit Balances as of Mid-2017