Exploring And Understanding The Fire Risk For Electric Cars 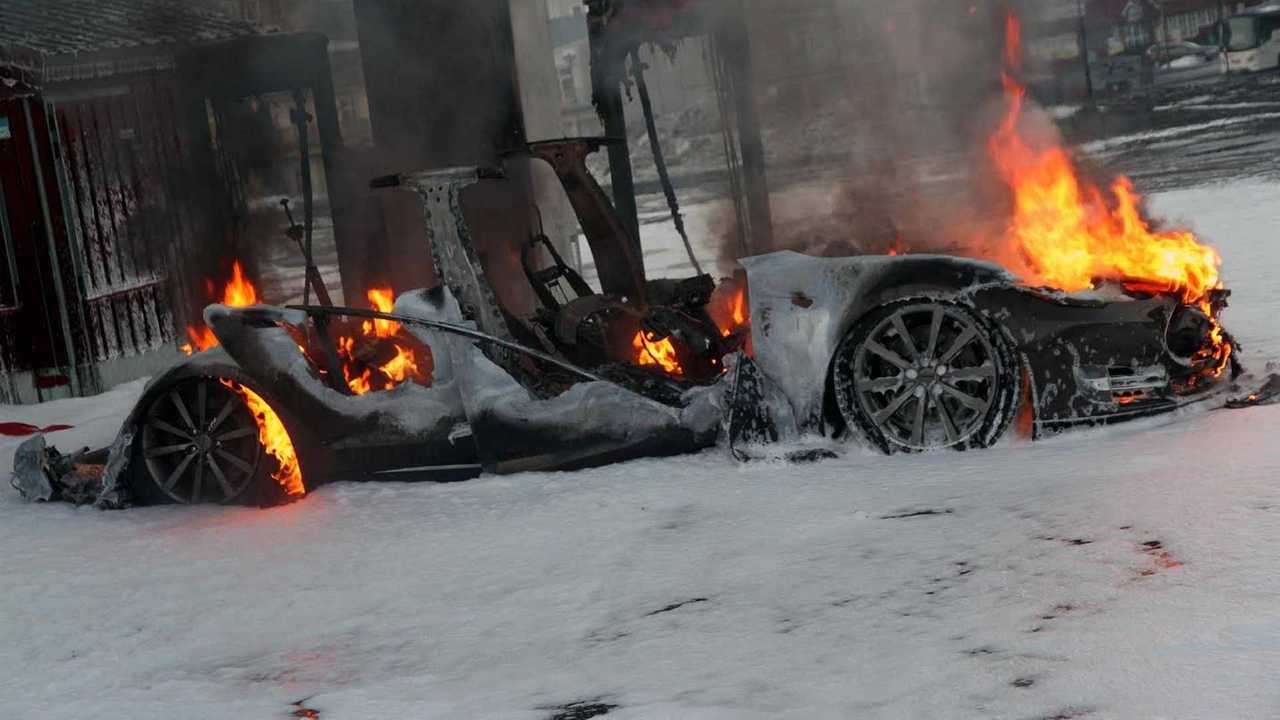 Above are the words of Steven Risser, a leading expert in electric vehicle fire risk and senior research leader at Battelle (non-profit research firm).

Following one headline after another about Tesla vehicle crashes and electric car fires, many people have drawn the conclusion the EVs are a fire risk. However, this has not been proven true. In fact, they are most likely safer than ICE cars, however, it's impossible at this point to say that statement is 100 percent true.

There are many variables involved, every situation is different, and the number of electric versus gas car crashes - for the purposes of investigation and research - is minuscule in comparison. Electric cars make up only a tiny portion of vehicles on the road today, and mass-produced EVs are just beginning to come into play. It may be years before there's enough hard data to make valid comparisons yet. However, current data already points to EVs being safer.

Batelle conducted an in-depth study of the fire risk associated with both types of vehicles for the National Highway Traffic Safety Administration. It concluded:

The propensity and severity of fires and explosions from ... lithium ion battery systems are anticipated to be somewhat comparable to or perhaps slightly less than those for gasoline or diesel vehicular fuels.

Statistics show that there was a vehicle fire about every one to three minutes in the U.S. in 2015. That added up to a total of about 174,000 vehicle fires. Of course, almost zero were electric cars. Yes, there were very few EVs on the road, but still, based on the information, there should have at least been a measurable number of EV fires. According to Tesla's data (via CNN Money):

The Batelle study also points out that there have been spontaneous fires caused by lithium-ion batteries in other products like laptops, cell phones, and even passenger jets. However, electric vehicle fires have been caused by a crash or obvious damage to the battery pack. Tesla goes on to explain that its battery packs rarely "incur serious damage" aside from the occurrences during a very severe accident.

Lithium-ion battery pack fires may take longer to start and to spread than gasoline fires. If there is damage to a cell, it may begin to build up heat and ignite chemicals in other cells over time. This is called "thermal runaway." We've seen in many EV crashes that the driver has been able to exit the car and there didn't seem to be a fire initially, though later a fire may have started and proven extremely hot and difficult to put out. Additionally, we've seen EVs removed from a crash site and then start on fire later.

The most promising news related to the study is that most fire risk associated with electric cars - which already seems to be minor in comparison to gas cars - can likely be a curtailed even further with new battery technology. Risser concluded:

Gasoline is a very risky material. We have had 130 years of designs and experience to make a gasoline powered vehicle as safe as possible. We're still at early stages of understanding how to make lithium-ion batteries safe.