This is not the first BMW i3 REx to catch fire unexpectedly. Does it have anything to do with the U.S. recall?

Unfortunately, we don't have a ton of information about this incident, aside from a plethora of pictures and videos shared by one of our avid readers. More, unfortunately, someone in Spain no longer has a working i3 REx. However, fortunately, it appears no one was hurt. 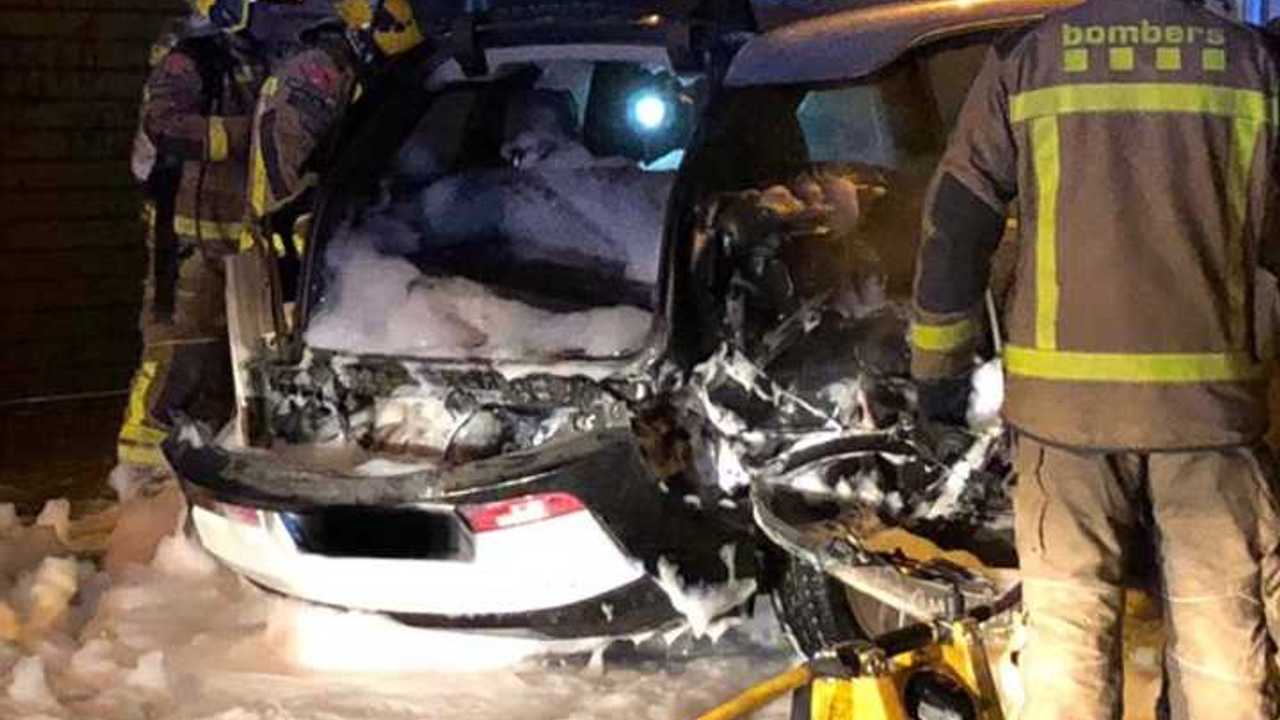 Ok ... let's look beyond the fortunes and misfortunes. The fire started in the middle of the night in Mollet del Vallès, Spain, very near Barcelona. It appears the car was simply parked and turned off when the situation began.

Over a year ago, a BMW i3 REx police car caught fire in Rome. Around a similar time, there was a recall for the REx in the U.S. Thankfully, it wasn't related to the "EV-ness" of the car at all. Instead, it surrounded a fuel vapor leak on the ICE side of the equation, which caused a fire risk.

One would think that this problem was thoroughly addressed by now, but this incident happened outside of the U.S. We have no way of knowing for sure if there is any correlation here.

*All images and videos were furnished by Jesus Rodriguez Ortiz and Protecció Civil Mollet del Vallès and approved for use on InsideEVs.

Gallery: BMW i3 REx Burns After Catching Fire While Parked In Spain

9 Photos
By: Steven Loveday
++
++
Got a tip for us? Email: tips@insideevs.com