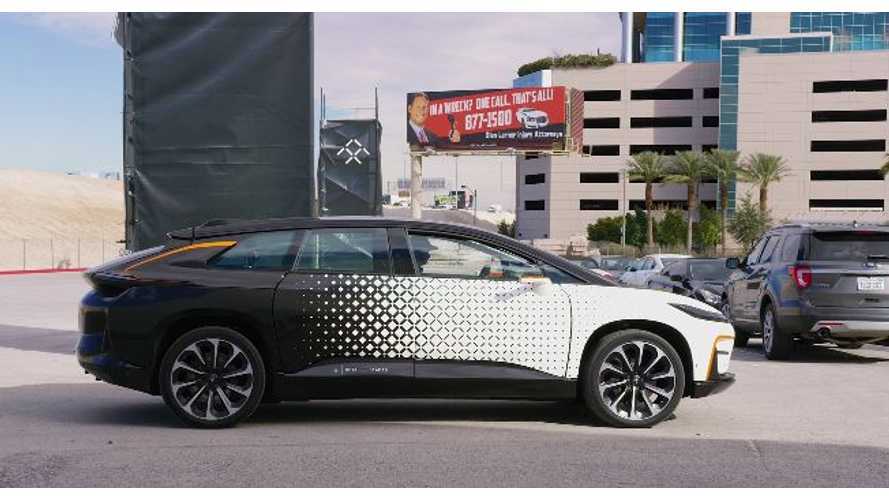 It seemed that Faraday Future may have recently turned a corner toward the positive, however, that small dose of good luck may have just run out.

Faraday Future has had more than its share of issues throughout its early stages of pursuing a role as a disruptive electric automaker. The company's unofficial leader and only named investor, Jia Yueting, cut off his funding (or ran out of money) and left his role. Shortly thereafter, the automaker canceled plans for not just one, but two would-be factories. Not to mention mounting debts, lawsuits, and a whole slew of other issues, which we've been reporting on since the beginning.

Recently, former BMW and Deutsche Bank money man, Stefan Krause, joined the company and took the helm as its chief financial officer. It appeared that if anyone could get Faraday out of the red and moving in the right direction, Krause was the man. Shortly after Krause stepped in, the automaker was able to pay off its debts and lease a factory in California. Though the original plans would be scaled back substantially, this was finally a step in the right direction.

Now, the company's good luck has turned around once again. According to Jalopnik (via Slash Gear), CFO Stefan Krause has packed his bags. In fact, he resigned back on October 14, effective immediately. Krause was only with the automaker since March 2017. During his tenure, his primary focus was to get Faraday's balance sheet back in order and secure a billion dollars in new investments. He obviously made significant headway in a short time period, but now Faraday is on its own once again.

It was also reported that many of the new investors secured by Krause wouldn't commit unless Jia Yueting officially removed all ties to the company. Of course, though Yueting is no longer contributing financially and has little involvement, he would not agree to the proposition. For this reason, many investments never panned out. While Krause hasn't disclosed why he left, there's speculation that it is connected with the issues surrounding Yueting.

According to The Verge, CTO Ulrich Kranz and manufacturing chief Bill Strickland have also departed Faraday along with several employees from multiple departments.