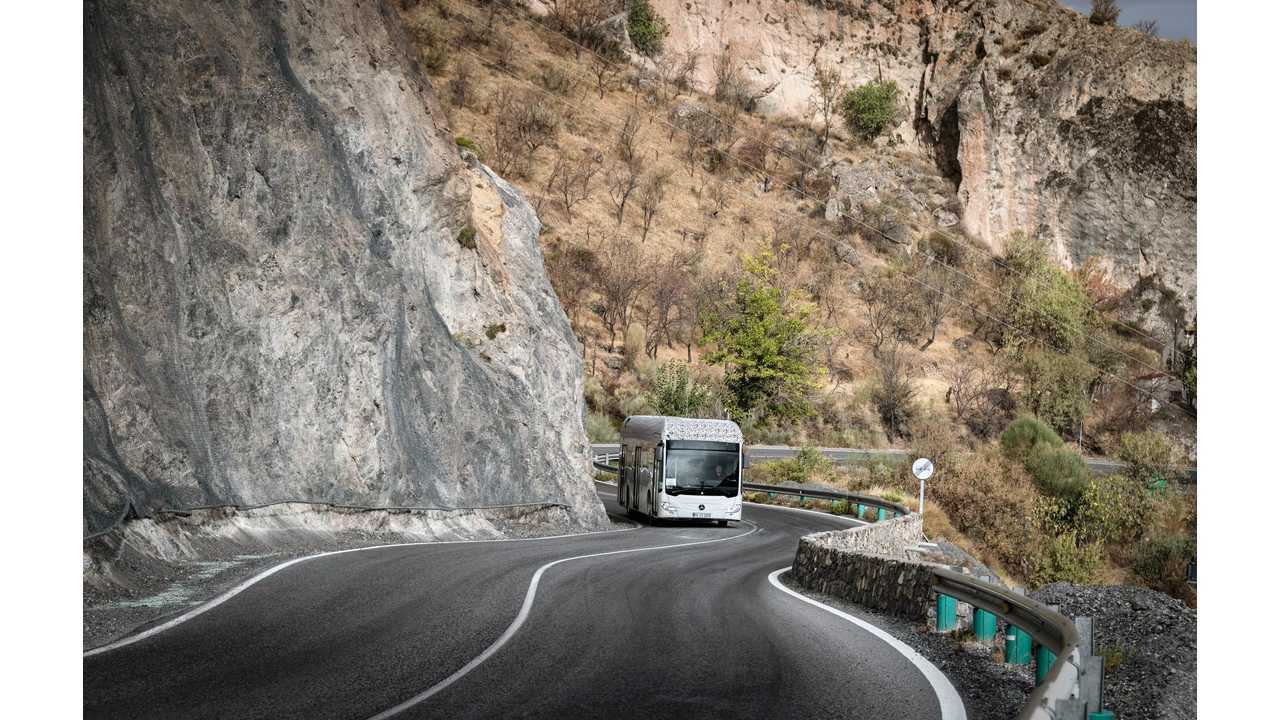 Mercedes-Benz doesn't have much more time to waste in the electric bus race, and as such has revealed its Citaro Electric prototype, which is already undergoing tests now.

The standard Citaro, with 50,000 sales worldwide under its belt, could be a decent contender when it gets an electric drive trim level next year.

The unveiling is scheduled for September 2018 at the IAA Commercial Vehicles show in Hanover....which seems like an exceptionally long time away to get excited about.  However, the company states that series production is expected to start right after that.

The prototype of the Citaro Electric has reportedly already endured the bitter cold, as well as extreme heat.

Mercedes-Benz boasts a modular battery pack in the bus, with different sizes available for different needs.

"The countdown to zero emission buses has started: towards the end of next year, Mercedes-Benz will be starting series production of a city bus with all-electric drive system based on the international best-seller, the Mercedes-Benz Citaro.

Modular design of battery packs allows range to be tailored

Mercedes-Benz celebrated production of the 50 000th Citaro just recently – but development of the world's number one best-selling city bus continues apace. Hot on the heels of the recently introduced Citaro hybrid with its highly efficient diesel or gas-engine drive system comes the next step, the all-electric Citaro. 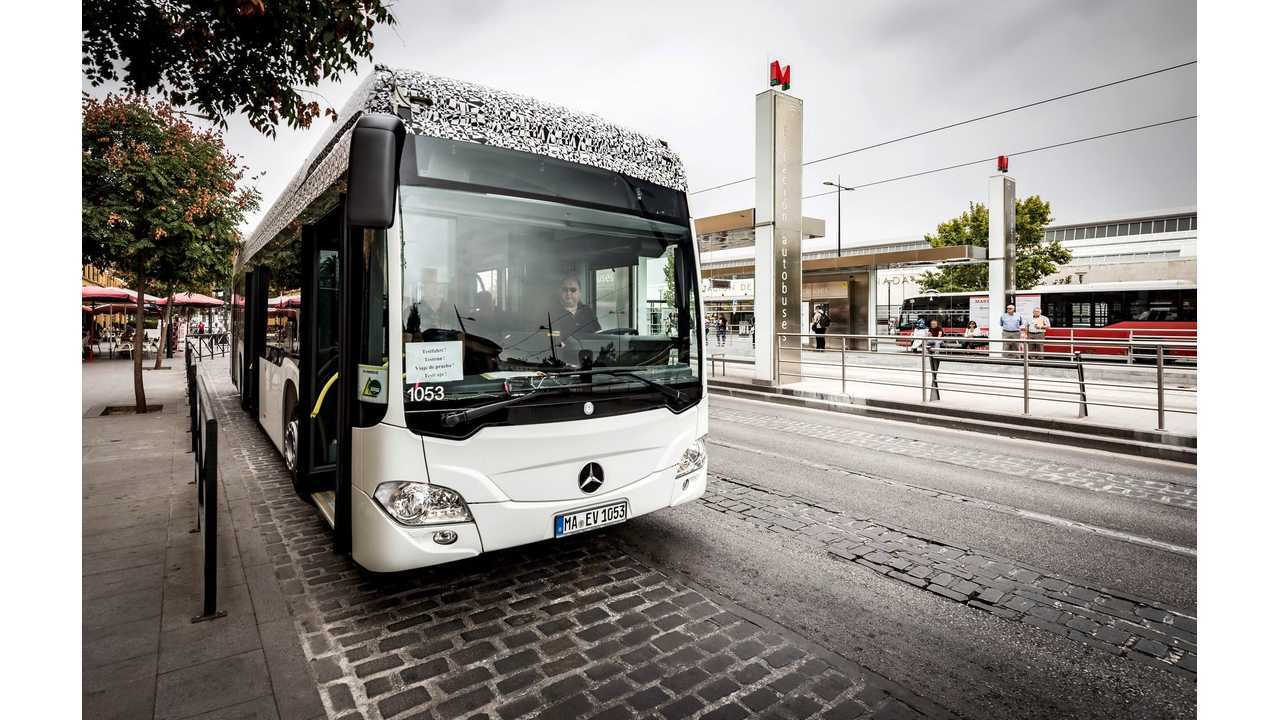 It receives its drive energy from lithium-ion batteries. The modular design of the battery pack means that individually customised solutions can be devised to match a wide range of applications and requirements in city traffic.

As well as the possibility of charging it from a power socket at the depot, Mercedes-Benz can also as an option supply the Citaro with one of a range of intermediate recharging solutions. The vehicle is powered by electric wheel hub motors at the rear axle, a system already proven over recent years in the Citaro G BlueTec Hybrid.

One of the particular features of the Citaro with all-electric drive will be the meticulously refined thermal management of the bus's drive and climate control systems. This thermal management reduces energy consumption significantly and is tantamount to extending the range of the bus without changing the size of battery.

Successful testing in bitter cold as well as extreme heat 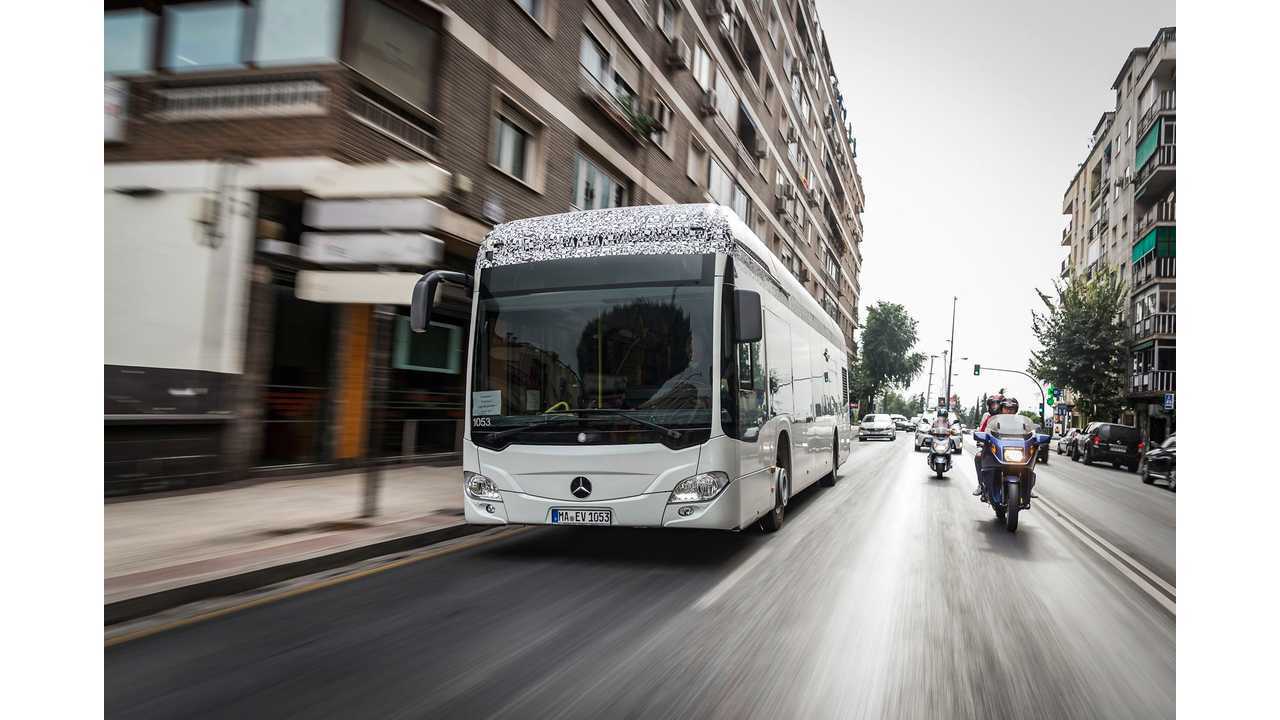 The Citaro with all-electric drive is currently being put through the same comprehensive cycle of trials and testing to which every other bus built by Mercedes-Benz is subjected. Prototypes have, for example, already successfully undergone initial winter testing in icy temperatures at the Arctic circle as well as summer testing in the heat of Spain's Sierra Nevada. Endurance testing and detailed refinements will now follow, ensuring that Mercedes-Benz will be able to offer maximum availability on a par with that of a conventionally powered urban bus: the plan is that Mercedes-Benz will start production of a fully viable series-production urban bus in the autumn of next year. The bus is so well-proven that the brand is already tendering for contracts."

"Our city bus produces zero local emissions and is ultra-quiet through town. The engineers are currently undertaking thorough testing of prototypes of the new bus under the toughest of conditions. As the technical concept, which involves a modular system for the power supply as well as optimised thermal management, makes clear: the Citaro with battery-electric drive will set a new milestone".