BMW i8 Roadster To Get Power Bump, Freshened Cabin 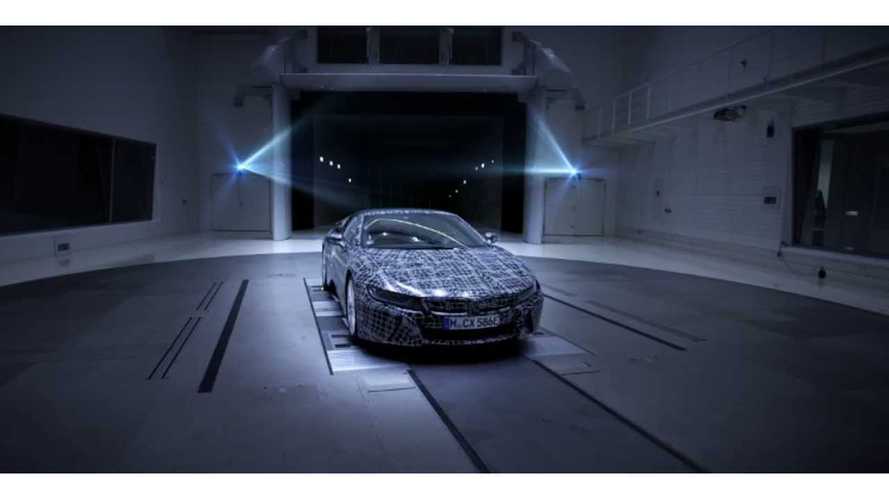 The same gas engine will carry over.

The upcoming BMW i8 Roadster has been teased and touted heavily, but its rumored debut at the Frankfurt Motor Show never happened.

So, the question remains, just when will wee see the stunning convertible? New reports suggest that its debut will come in just a few weeks – but some have already seen the drop-top in person.

New 2018 BMW i8 Spyder recently caught out testing (likely called the i8 Roadster when in production) out for a spin!

According to a user on the forum BimmerPost, new details from a private showing suggest that the production i8 Roadster is nearly here. At the private event in London, BMW allegedly unveiled its new Roadster to a few lucky clients, and there are some very specific new details to take note of.

First up is the wheels; the user notes the "square" design and light weight. The wheels in question are supposedly the lightest wheels available for the i8, and their spokes are extremely narrow. The user also notes that the production version looks extremely close to the concept, which was first unveiled in 2013.

The roof is fabric, the rear seats have been removed in place of a storage compartment, and the front seats are reportedly a "HUGE" improvement over the current ones. The user cites more support and comfort with memory capabilities. The instrument cluster has also been updated, including a new generation of iDrive and an updated gear indicator. There’s even a projected i8 flood lamp at the bottom of the doors.

Apart from a more apparent more powerful electric motor (which might be a function of a larger battery), the new i8 Roadster apparently carries over the same gas engine found on the coupe. Rumors suggest that output could increase to 372 horsepower (277 kilowatts). The current model produces 357 hp (266 kW) via a 1.5-liter three-cylinder engine paired to an electric motor.

As for the battery, almost all reports point to the pack to be enlarged significantly - up to 14 kWh (from today's 7.1 kWh unit).  If that proves true, the i8's 14.2 mile EPA-estimated range could get a bump to almost 30 miles.

It’s still unclear when exactly we’ll see the new BMW i8 Roadster in the flesh, but when it does debut, expect a price tag well above the current coupe. More details will be unveiled closer to the car’s debut.