US: BMW i Sales Almost Stalled In Q4 Ahead Of i4 And iX Launch

The company was still selling some BMW i8s, which went out of production in April 2020.

Unfortunately, the German manufacturer continues to remain silent about its plug-in electric car sales, aside from the i3 and retired i8 models that can be identified by the name.

While the i3 sales look like the car is getting ready to head to the grave, we are actually surprised that new i8s are still being delivered to customers, because production ended in April 2020.

What we do know is that in Q1 2022, the company will start sales of the all-new BMW i4 (see details here) and BMW iX (see details here). Because of the standalone name, those models should appear in the sales stats.

It might be a new start for BMW's electric car sales in the U.S. 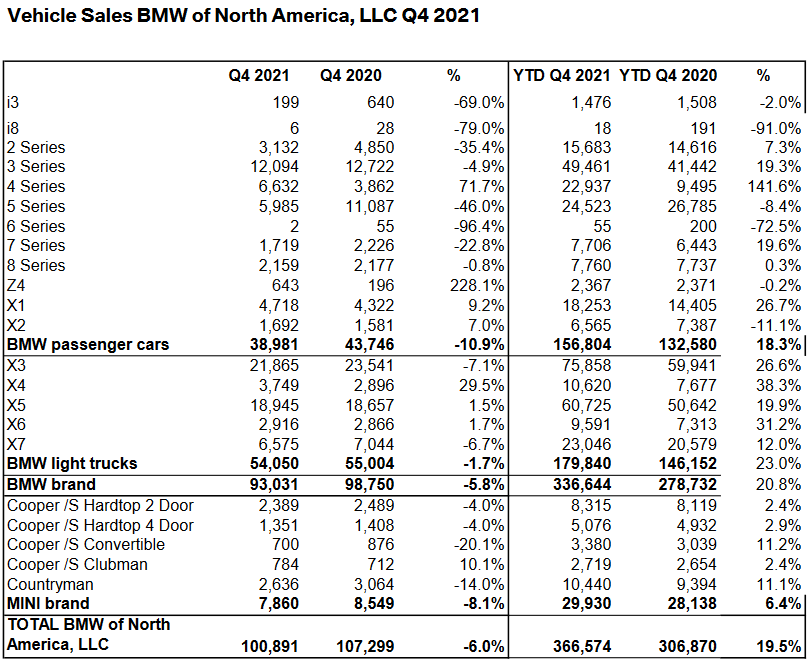 BMW CEO Oliver Zipse: i4 Is Sold Out For Months, As Is The iX
⠀ Watch This BMW i4 M50 Vs Tesla Model 3 Performance Drag Race
++
Comment!
Got a tip for us? Email: tips@insideevs.com