The plug-in sales are still mostly hidden in the stats.

Unfortunately, the plug-in electric car sales results for multiple electric and plug-in hybrid models remain hidden, so we guess that there is nothing to boast about.

The only models not buried in the statistics are the BMW i3 and BMW i8 (retired). The results for the i3 are so low that it looks like it's just gliding towards the end of the road now.

Some might say that BMW tries to sell as many i3 as possible in the U.S., but we bet more on weakening demand. 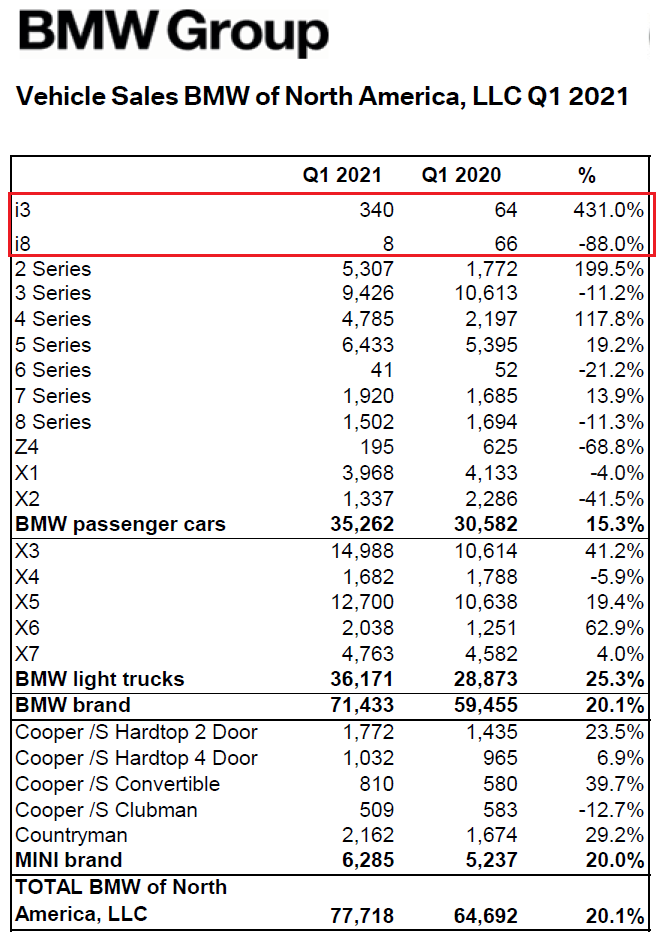