What Should We Expect From The Tesla Model Y?

INFOGRAPHIC: WHAT TO EXPECT FROM TESLA'S MODEL Y

With September almost upon us, buzz will kick into high gear for the Tesla Semi. Nevertheless, this launch (scheduled for September 28th) may be a smoke screen for an even bigger project coming from Tesla — the much-anticipated Model Y. We're already expecting the Model 3 to compete with some of the world's best. Could the forthcoming Model Y be an even bigger-selling car for Tesla?

First, let's rewind to Tesla's most recent earnings report where Elon Musk gave an update on plans for the Model Y. He predicted the Model Y should be coming late 2019 or 2020.

Musk explained that "upon the counsel of my executive team, the Model Y will in fact be using substantial carry-over from Model 3 in order to bring it to market faster.”

The Tesla CEO said previously that the Model Y would be using a new architecture but “the executive team wheeled me back from the cliffs of insanity.” He also reminded analysts that the compact SUV market is far larger than that of the Model 3's sedan market.

So will the Model Y really be bigger than the Model 3? Valuewalk recently provided a broad overview of the car and proclaimed that, "The Tesla Model Y is arguably the most exciting electric vehicle that has ever reached the public domain, even if the car itself is not yet available... it seems quite likely that this will be the biggest selling Tesla release yet when it finally reaches forecourts across the United States."

While Elon Musk once hinted about falcon wing doors (see above) for the Model Y, little is known about its forthcoming features.

"Whispers also suggest that the Model Y might be an SUV crossover vehicle that is bigger than a conventional sedan, but possibly also smaller than a traditional sport utility vehicle. Tesla is continually looking for crossover appeal...  compact vehicle than the Model X, particularly as Tesla is likely to make this a more affordable vehicle than some of its previous releases." 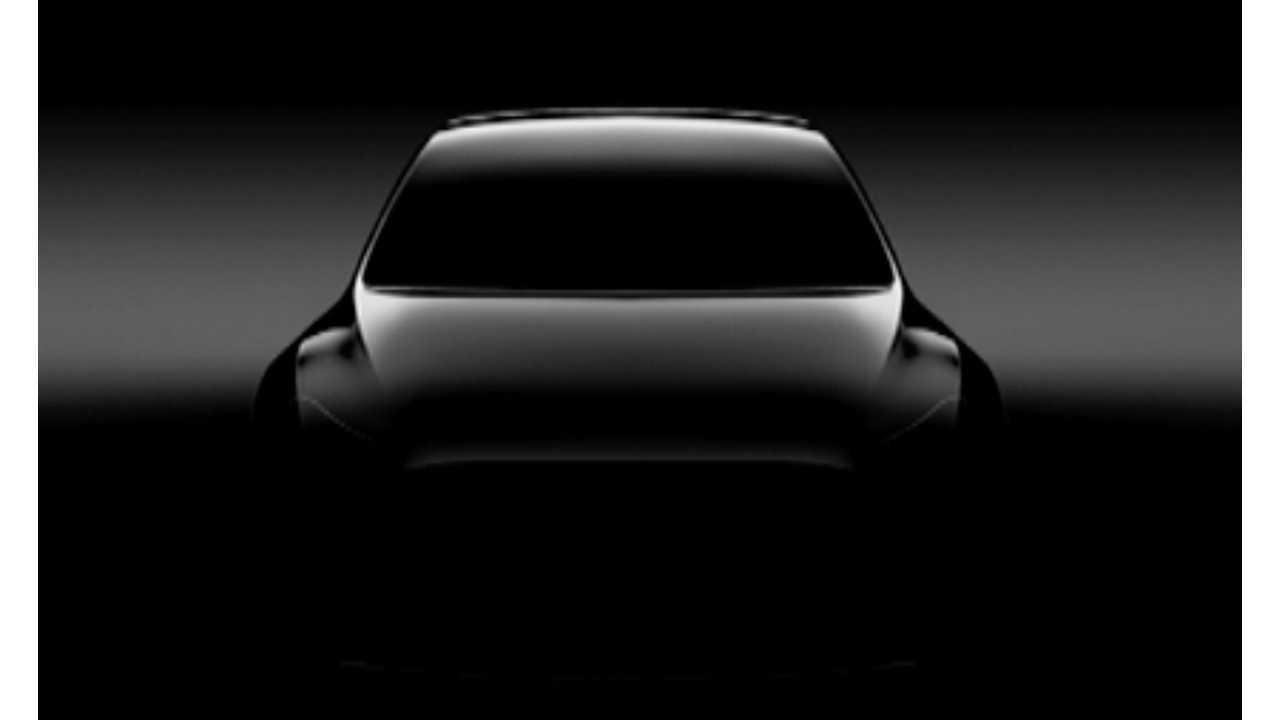 The million dollar question is — what will it look like? Of course, most of us have glimpsed the Model Y teaser image (see above) that was previously revealed. Beyond that, it's anybody's guess. That said, there have been some intriguing conceptual design renderings by a variety of artists. In addition to the top image we've featured in this article, check out our round-up of Tesla Model Y design renderings to stir up your imagination a bit...

Above (top to bottom): Auto Express; all other images Carsoid via Autocar, RM Car Design, and Autoguide