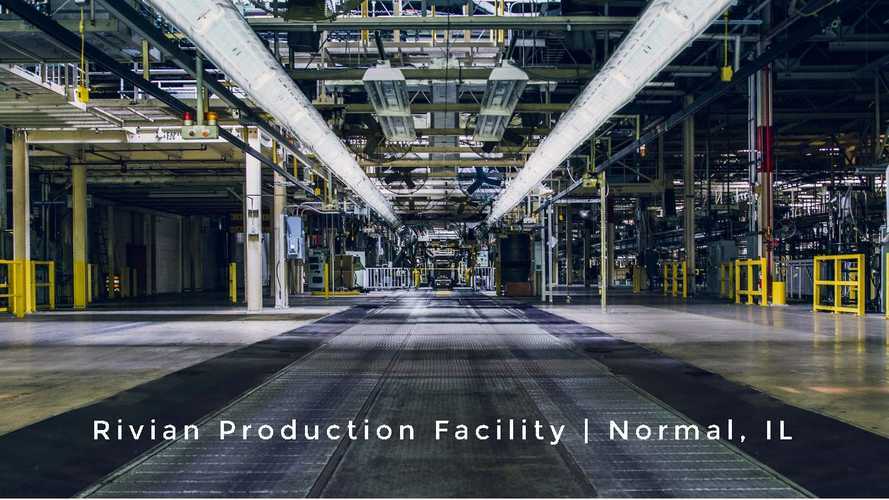 Rivian Automotive essentially appeared from nowhere, and now as Teslarati reminds, the company has bought a massive car factory. This is huge news for EV enthusiasts.

“As a community, we are thrilled that Rivian has chosen us. It is incredibly rare that a major manufacturing facility in Midwest shutters and then finds new life.”

“We had all but given up hope on a buyer for the Mitsubishi Plant.”

The city was so elated about the prospect of a buyer, that an incentive package was offered to Rivian. It includes a five-year tax abatement and a $1 million grant. Rivian Automotive has promised to hire about 1,000 employees and invest $175 million into the site by 2024, in order to retain the incentives. For now, Rivian will invest $40.5 million throughout the next five years, with an initial production goal set for 2019.

The Michigan-based electric vehicle startup has been working since 2009 (not long after Tesla released the Roadster), originally based in Florida under the names Mainstream Motors and Avera Automotive. In 2011, the name Rivian Automotive was chosen, and in 2015 the startup relocated to the Motor City (Detroit). Rivian Automotive also has a San Francisco location. Like Tesla, Rivian's CEO, RJ Scaringe, is a high-caliber engineer and a visionary. He actually has a PhD in Mechanical Engineering. Scaringe shared:

“To create a vehicle portfolio and ecosystem to accelerate the shift to sustainable mobility, we have to bring together very different and unique sets of personalities, skill sets and backgrounds. Our team includes fine artists, comedians, cultural anthropologists and world-class athletes — and we’ve developed an organizational culture that allows these individuals to thrive.”

Let's consider a few important points here. The company has been hard at work for about seven years. You would think that, by now, if this wasn't going to come to fruition, Rivian would have long since given up. The company is also purchasing a mammoth factory which includes manufacturing and office space, stamping machines, injection molding equipment, tools, robots, CNC machine tools, welders, cranes, etc. The property also includes farmland, testing areas, a test track, and individual properties with buildings.

It seems like this is a substantially aggressive move, that shows much promise. Hypothetically, if Rivian has done its homework - and it seems that they have - they could walk in the door and build vehicles here nearly immediately. Many startups are talking about building electric or autonomous cars. However, how many have acquired a production-ready automotive plant? It's not something that you do just in case everything works out.

Having an electric car startup, outside of the Silicon Valley area, and Detroit/Midwest-based, and 100 percent American, is a pretty big deal. With this acquisition, Rivian is way ahead of the game, when compared to all of the companies that are using or sharing small spaces out west, or are just trying to successfully build a new factory.

Faraday Future is struggling to maintain construction in the Las Vegas area. While Faraday unveiled a working prototype, the company has nowhere to mass-produce it. Many other emerging startups are in the same boat. While Rivian hasn't shown a prototype, they now have a space and the necessary equipment to quickly move forward, and obviously Rivian has spent seven years working on something. Perhaps keeping the plan a secret was in Rivian's best interest. Had the company revealed its work years ago, and then didn't bring something to production, it would have been riddled with doubt and skepticism.

Rivian's website keeps the specifics a secret, but provides background information and a myriad of quotes and vision statements from the company concerning its new concepts and ideas. The company hopes to change the face of transportation as we know it, but also make our cars more meaningful and integrated into our lives:

“Rivian is developing a flexible electric platform that will underpin our launch portfolio. Our vehicles are being optimized around the electric architecture to deliver outstanding performance, efficiency, packaging, durability and safety.”

Check out Rivian's website below and let's keep our fingers crossed that Rivian Automotive finds a place in the electric car race.