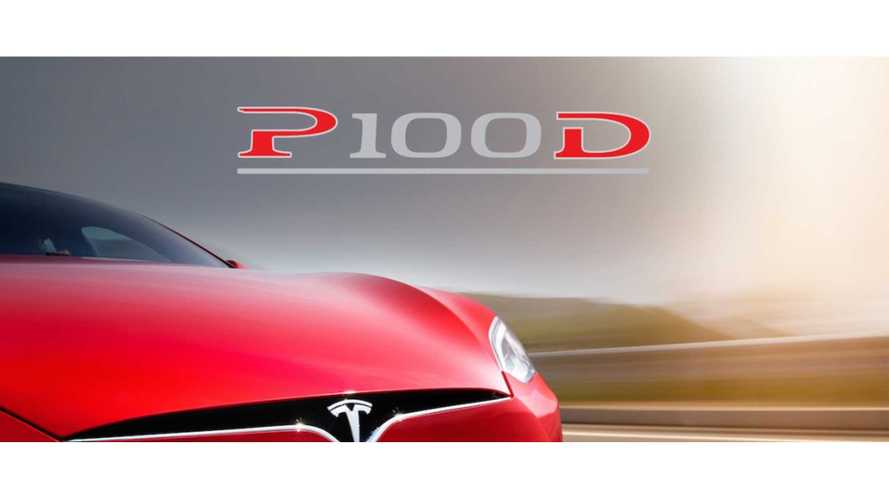 The EPA's internal database has been updated to include range ratings for the Tesla Model S P100D. Oddly, the Model X P100D isn't listed yet, but the specs are there for the S with the 100 kWh battery.

As one might notice, those two numbers (city/highway) are too high to achieve a combined 315 miles estimated range.  So, what gives?

That combined figure has been voluntarily reduced by Tesla to 315 miles. We're not sure why, but we've seen this in the past with Tesla ratings.

One other point of interest is how the P100D compares to the P90D. As you can see in the graphic above, the P100D whoops the 90 kWh version.

Even with the reduction, the 100 kWh version somehow manages to beat the 90 by a full 45 miles on the combined rating scale - without the Tesla-reduced number, that jumps to 54.6 miles.

Are we to believe that 10 kWh is all that's needed to bump range up that much?  Or is the P100D packing something a little extra via the battery? Perhaps new internal workings to accommodate the higher motor output has also made the EV more efficient?

Regardless the reason, the end result seems to be that Tesla is managing the spread between the 100 kWh cars and its previous offerings still on sale.

The 90D, non-performance version, has a combined rating of 294 miles, but once you add the P into the equation, range drops to 270 miles.  However, the P100D version doesn't seem to be affected to such a degree. Perhaps when the 100D launches we'll have some additional information in regards to why Tesla voluntarily lowered the figure and why there's such a huge discrepancy between the P90D and the P100D?