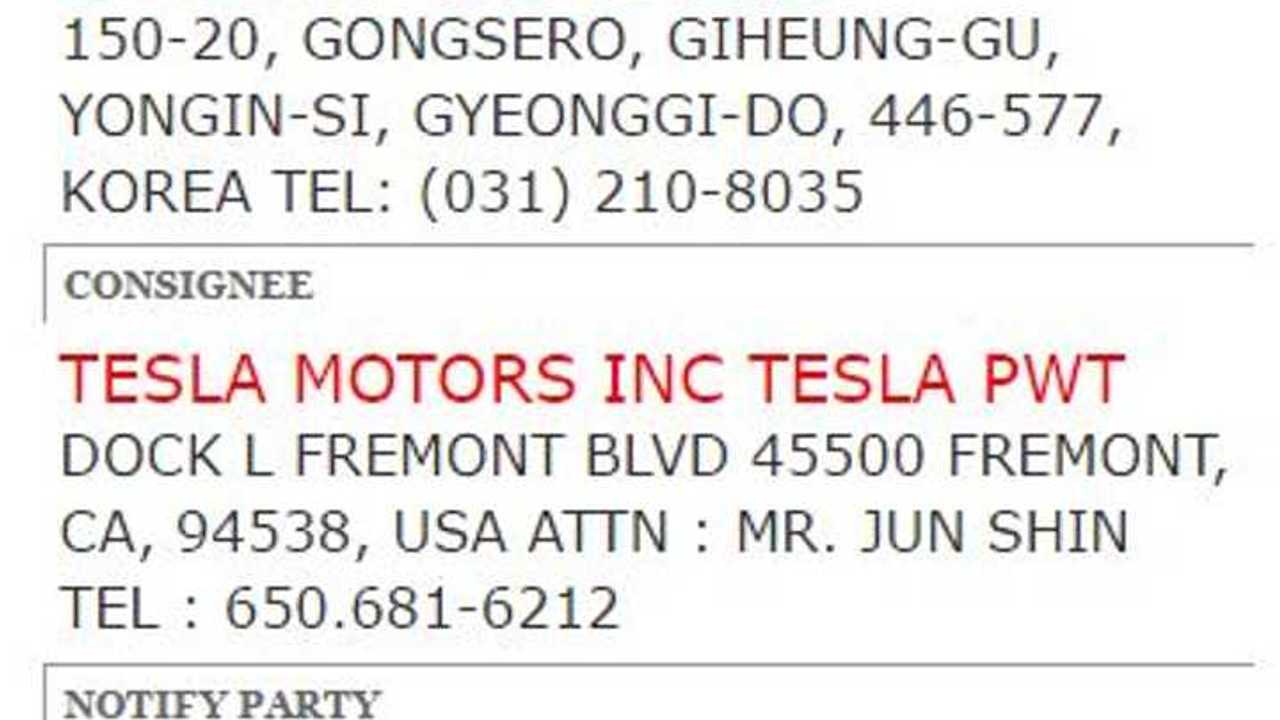 It's come to our attention, via an April 19th 2016 bill of lading for the Port Of Oakland, that Tesla received a massive shipment of Samsung SDI ICR18650-22V lithium-ion battery cells.

This volume is far more than would be required for testing purposes, so the logical conclusion is that Tesla has indeed signed a battery cell supply deal with Samsung SDI.

Previously, we had reported that Tesla was in talks with LG Chem, Samsung SDI and SK Innovations for battery cells. It was believed that Tesla was trying to secure another battery partner (aside from Panasonic) to shore up its supply line.

It now seems that Samsung SDI was already the chosen second partner. Further confirming this is Tesla's receipt of a much smaller (3,390 kilograms) shipment of the same Samsung SDI cells on April 6, 2016. That shipment may have been for testing purposes.

The actual cell that Tesla took delivery of is Samsung's ICR18650-22V, which is an unknown class of cell to us (provided of course the labeling was correct to contents).

These particular cells are typically sold in units of 2 with a listed weight of 0.13 kilograms (or 0.065 kilograms per cell). If we do some math, we find that Tesla's purchase of 113,183 kilograms of cells equates to 1.74 million cells.

Below is a description of just a few of the containers on the ship loaded with Tesla's Samsung SDI cells.