All Tesla Vehicles In Production Are Now Equipped With Full Self-Driving Hardware, Model 3 Will Be Too 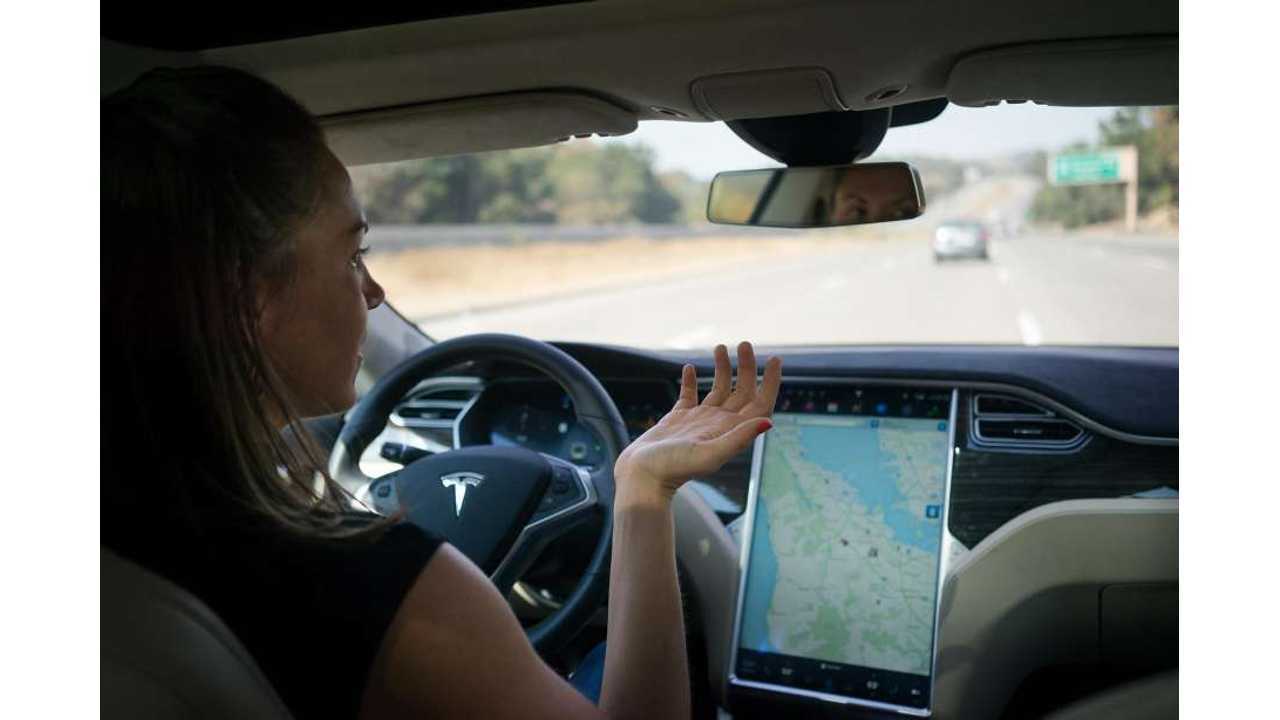 After a week-long media tweet storm foreshadowing an "unexpected by most" product unveiling, and hinting about Tesla Model 3 news, Tesla and Elon Musk have taken the wraps off its latest product unveiling on Wednesday night. 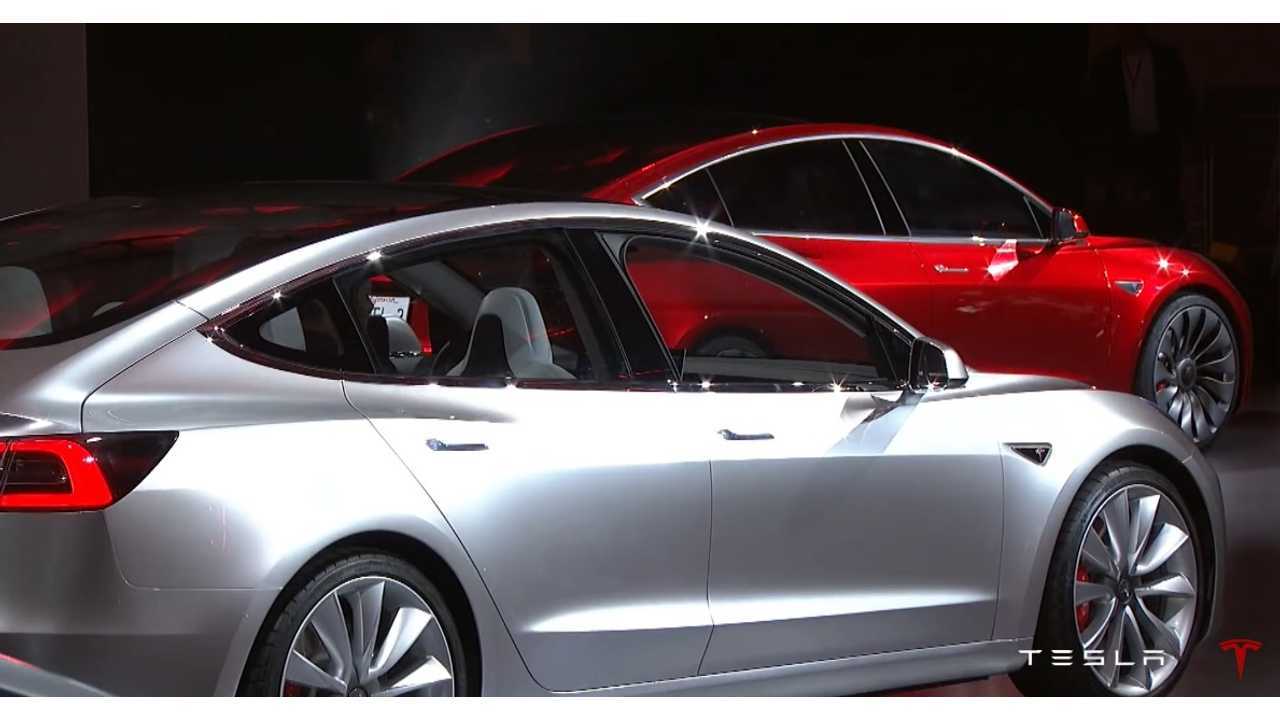 And its full self-driving hardware?

We have to say, while the full self-driving hardware being installed on today's Teslas is a nice addition to the lineup...it is still a bit of a letdown.  Moving on.

Tesla notes the current Model S and Model X vehicles in produciton, as well as the upcoming Model 3, are outfitted with forward facing radar, eight surround cameras with 250 meters of range give a 360 degree field of vision, as well as twelve ultrasonic sensors, with a onboard computer with "more than 40 times the computing power of the previous generation".

The new Tesla Vision package enables for full self driving capabilities at a "safety level substantially greater than that of a human driver."

Tesla's Elon Musk says the added equipment will allow for full level 5 autonomy at some point (although you can buy it today - details below), and this upgrade which added the 360 degree field of vision is a step further than the company had originally planned with Autopilot 2.0.  For now Level 3 arrives soon, with 4 and then ultimately 5 by 2018.

Elon Musk added during the Q&A with the media after the announcement, "It will take us some time to complete the validation of the software and get regulatory approval but the important thing is that the foundation is laid (for full autonomous driving)."

As for the new processing power, some ~12 trillion operations per second, the Tesla CEO declares, "It is basically a supercomputer in a car".

Also of interest:  Listen to full after announcement Q&A - audio found the event in its entirety found below 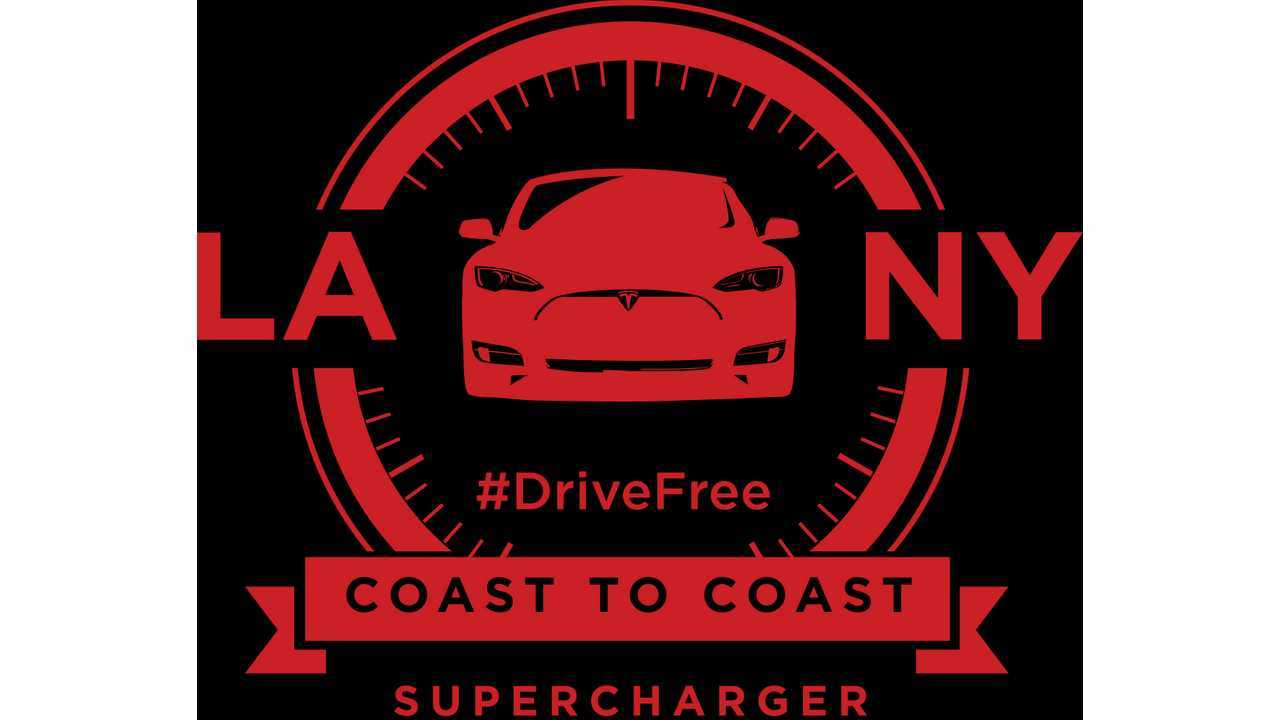 Musk further adds that he hopes to have fully autonomous test drives next year - and not just around the block on a closed course type of thing, but a full coast-to-coast adventure!

“Our goal is, and I feel pretty good about this goal, that we’ll be able to do a demonstration drive of full autonomy all the way from LA to New York, from home in LA to let’s say dropping you off in Time Square in New York, and then having the car go park itself, by the end of next year,” Musk said on the call (via Techcrunch), “Without the need for a single touch, including the charger.”

As for the cars already made, apparently called "Hardware 1" cars internally (wasn't there something about employees not to use catch-phrases at Tesla before?), those vehicles will still benefit from future software updates and fleet learning, but will always be limited by the "fundamental hardware" inside. 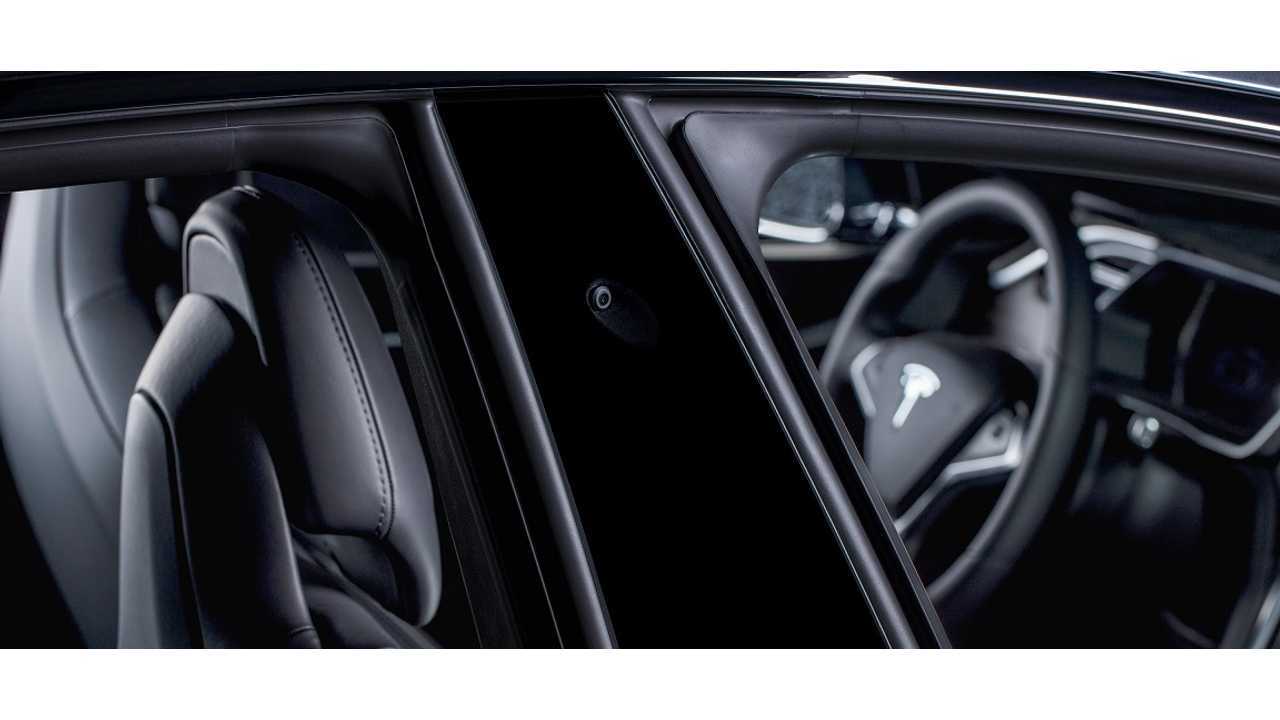 A look at some of the new hardware: side door pillar camera

And as one might expect when carefully listening to the wording from the company, being 'fully equipped' does not mean standard and operational. 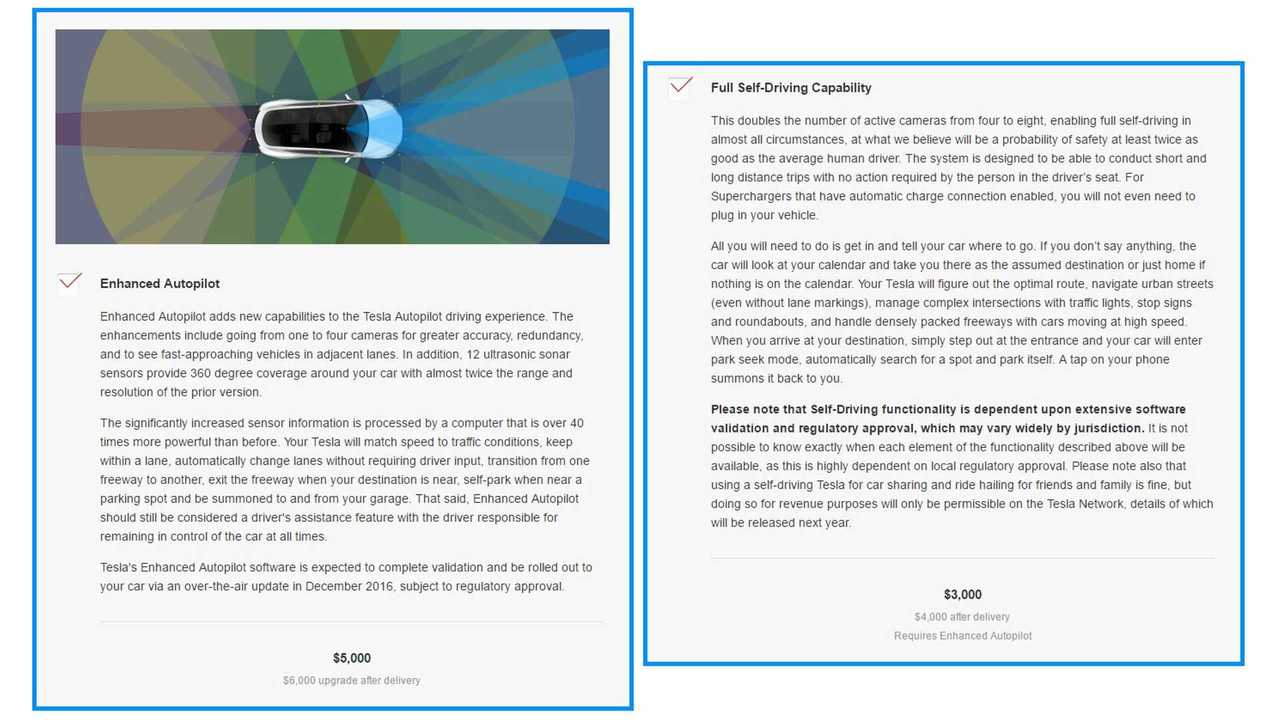 The cost of enhanced Autopilot today, and fully autonomous driving in the future (click to enlarge)

On ride sharing:  We should note if you are thinking this new autonomous driving/Level 5 operation would make for some sweet revenue over a private ride-sharing program (or Uber/Lyft).  Well, Tesla wants a piece of that action, via its (as-of-yet unannounced) Tesla Network.

On the online order configurator today, the company already has a disclaimer in place:

"Please also note that using a self-driving Tesla for car sharing and ride hailing for friends and family is fine, but doing so for revenue purposes will only be permissible on the Tesla Network, details of which will be released next year."

Update: From the Q & A after the release (via CNBC), Musk also had some words for the media about the amount of coverage for Autopilot crashes, that he notes pale in comparison to number of other accidents (Musk quotes ~1.2 million) caused by human error every year. 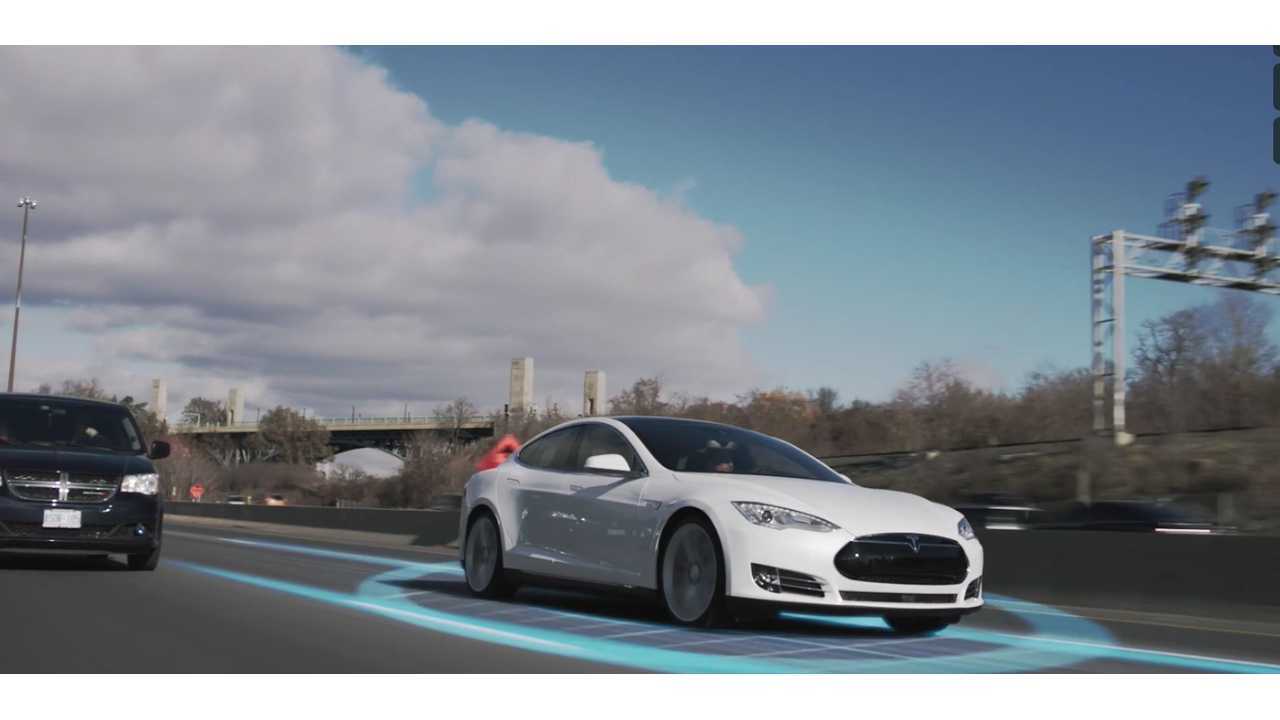 The safety track record of autonomous vehicles are likely to stay a popular for quite some time, despite Tesla CEO Elon Musk's recent request for the media to report on them less

As for the "degree of media coverage of autopilot crashes, which is virtually none...does not reflect well on the media", while putting future deaths on highways squarely in the hands of journalists.

To be fair, everyday human error accidents in automobiles are not news because humans driving cars aren't a new thing, and no one really has questions on how safe (or not safe) the roads are with a human behind the wheel at this point.

We imagine at the dawn of the automotive age, more than a few articles where published on those first serious incidents.

Likewise with autonomous driving, once the public has a good grasp on what the safety level self-driving cars are achieving vs human operation, news on subsequent and future autonomous accidents will also receive the same level of non-attention as those of human-error events.  But for now, those percentages are not yet known...so interest is high.

Elon Musk also closed the event by saying/tweeting that the company "will post video of a Tesla navigating a complex urban environment shortly. That was what took the extra couple of days". 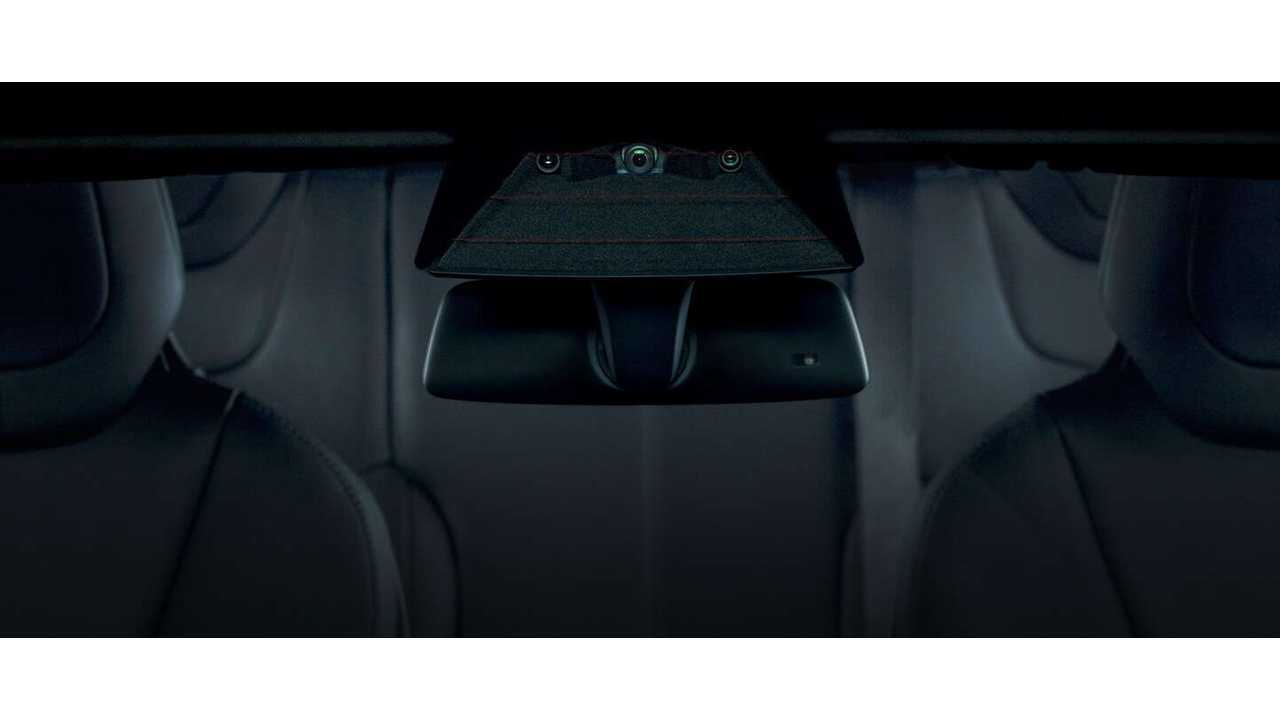 To make use of a camera suite this powerful, the new hardware introduces an entirely new and powerful set of vision processing tools developed by Tesla. Built on a deep neural network, Tesla Vision deconstructs the car's environment at greater levels of reliability than those achievable with classical vision processing techniques. 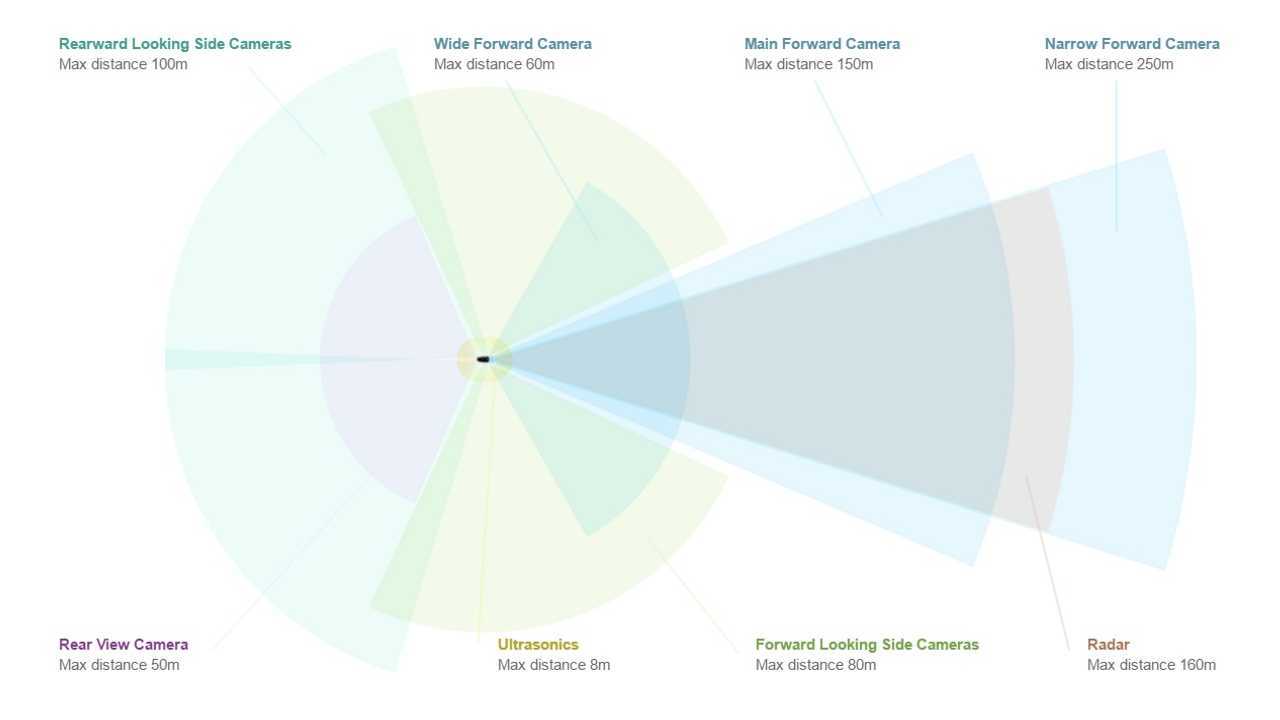 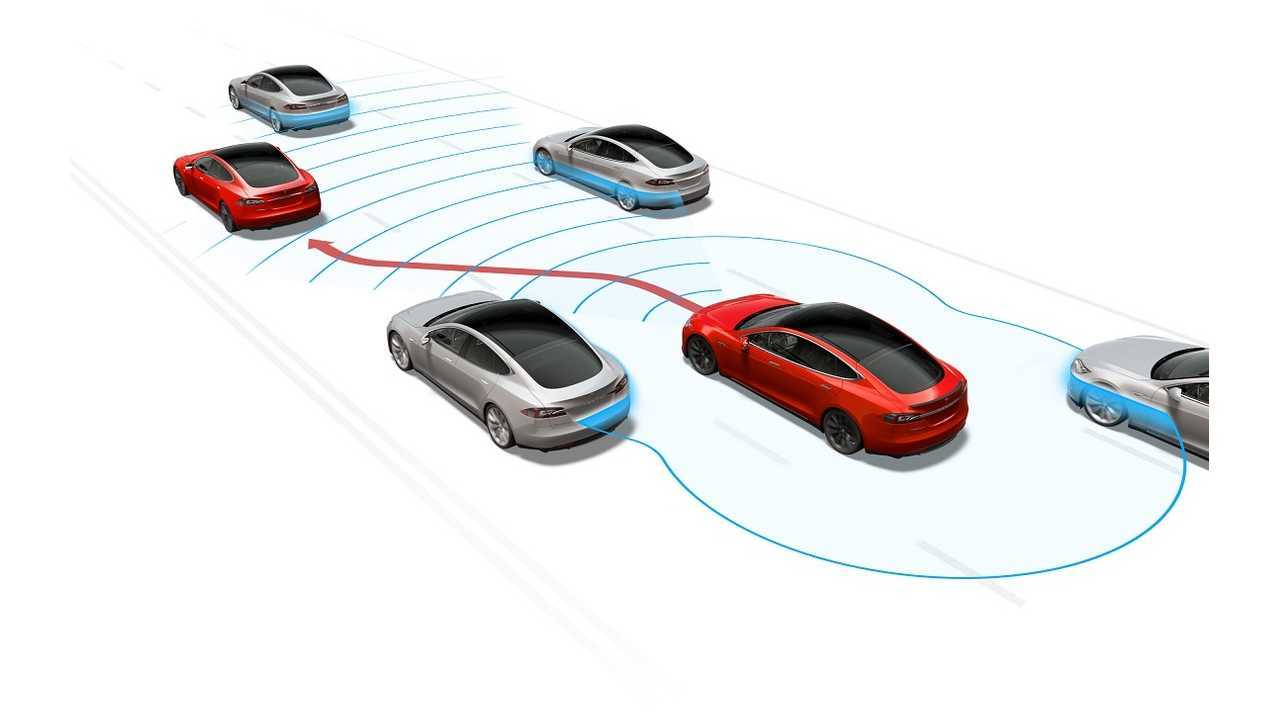 A look at the original Autopilot system

All Tesla Cars Being Produced Now Have Full Self-Driving Hardware 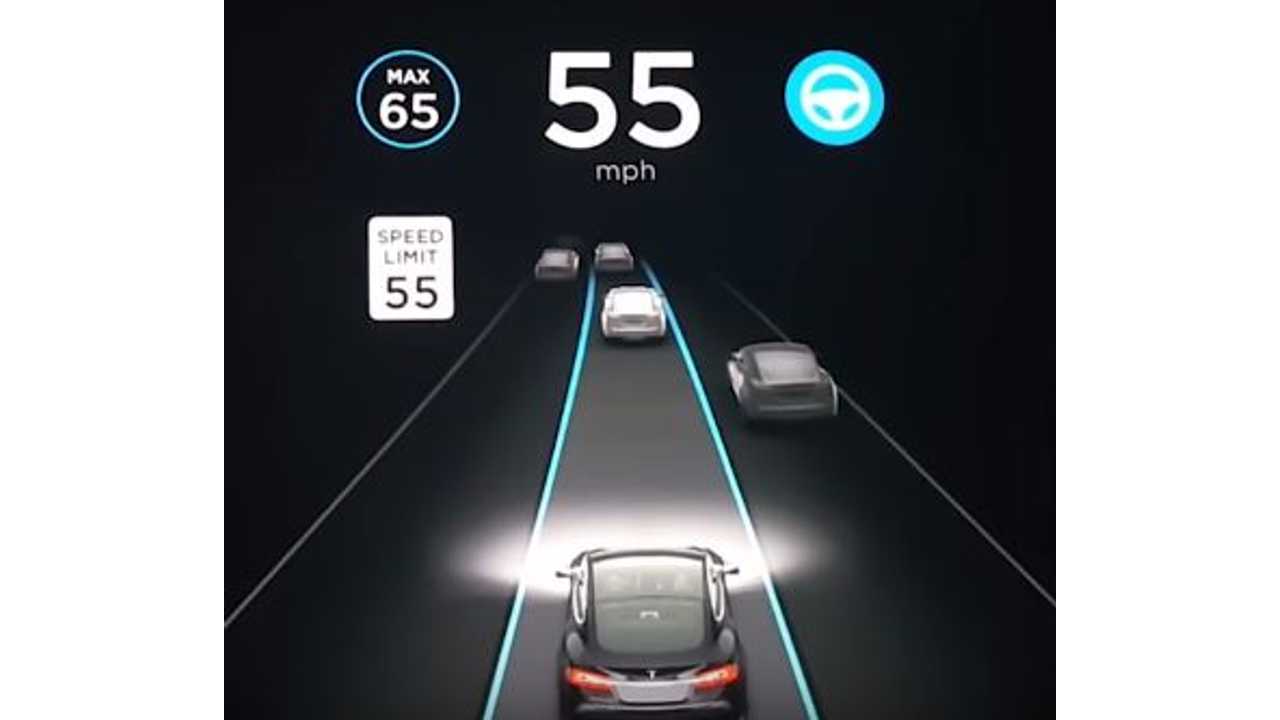 Self-driving vehicles will play a crucial role in improving transportation safety and accelerating the world’s transition to a sustainable future. Full autonomy will enable a Tesla to be substantially safer than a human driver, lower the financial cost of transportation for those who own a car and provide low-cost on-demand mobility for those who do not.

We are excited to announce that, as of today, all Tesla vehicles produced in our factory – including Model 3 – will have the hardware needed for full self-driving capability at a safety level substantially greater than that of a human driver. Eight surround cameras provide 360 degree visibility around the car at up to 250 meters of range. Twelve updated ultrasonic sensors complement this vision, allowing for detection of both hard and soft objects at nearly twice the distance of the prior system. A forward-facing radar with enhanced processing provides additional data about the world on a redundant wavelength, capable of seeing through heavy rain, fog, dust and even the car ahead.

To make sense of all of this data, a new onboard computer with more than 40 times the computing power of the previous generation runs the new Tesla-developed neural net for vision, sonar and radar processing software. Together, this system provides a view of the world that a driver alone cannot access, seeing in every direction simultaneously and on wavelengths that go far beyond the human senses.

Model S and Model X vehicles with this new hardware are already in production, and customers can purchase one today.

Before activating the features enabled by the new hardware, we will further calibrate the system using millions of miles of real-world driving to ensure significant improvements to safety and convenience. While this is occurring, Teslas with new hardware will temporarily lack certain features currently available on Teslas with first-generation Autopilot hardware, including some standard safety features such as automatic emergency breaking, collision warning, lane holding and active cruise control. As these features are robustly validated we will enable them over-the-air, together with a rapidly expanding set of entirely new features. As always, our over-the-air software updates will keep customers at the forefront of technology and continue to make every Tesla, including those equipped with first-generation Autopilot and earlier cars, more capable over time.

Check out more details on all the features and specs at Tesla's new enhanced Autopilot page here.