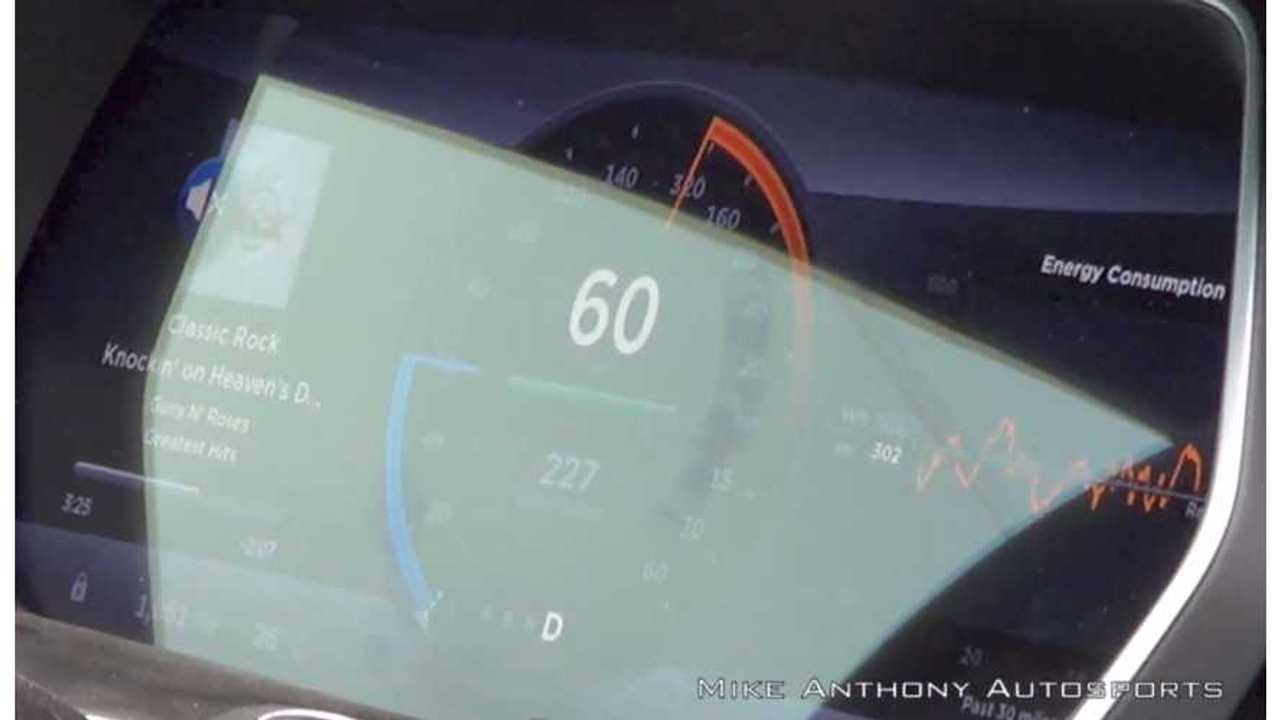 I was able to check out how quickly a Tesla Model S 85D accelerates from 0-60 MPH, with three people & luggage on board!

I noticed (based on my many Model S acceleration tests, in total) that the 85D version sounds different than all of the other versions of the Model S.

There is a tad bit more info in the video above, before the tests commence & you can read more below:

"Two 0-60 tests in a Tesla Model S 85D! (D = Dual-Motor AWD) This particular Model S is fully loaded, except it does not have rear facing child seats & standard 19" rims w/ Michelin Primacy Tires. The car also had three people in it, packed with luggage!

This test was done unexpectedly. Please pardon the glare in the instrument cluster.

More info on the 85D: The 85D has two Motors, front & rear. Both have high efficiency drive units, giving it a range of about 275 miles on a single charge (driving & weather conditions vary range). The combination of both motors give the 85D a 0-60 MPH rating of 4.4 seconds, which is .2 seconds slower than the discontinued P85 RWD! So yeah, it is quick, & very efficient!

The Dual-Motor AWD gives you slightly better range than the RWD version of same 85 kWh battery pack, and the benefits of an AWD vehicle. However, with an EV like the Model S, both drive units work independently of each other to maximize range / efficiency, versus a linkage in a traditional ICE vehicle, which DECREASES efficiency / Miles Per Gallon.

The front trunk (Frunk) is also a LOT smaller on the AWD version Model S'. The only way to currently get a RWD Model S is with the 85 kWh version. From there, to get the AWD, it is approximately $5,000. So, if you need to trim off the price a bit, RWD will work JUST fine, and still give you plenty of range; About 10 miles less range than the AWD version, bringing it to 265 miles of range on a single charge.

NOTE: THERE WAS NO TRAFFIC BEHIND OR ONCOMING DURING BOTH TESTS. SPEED LIMIT WAS NEVER EXCEEDED.