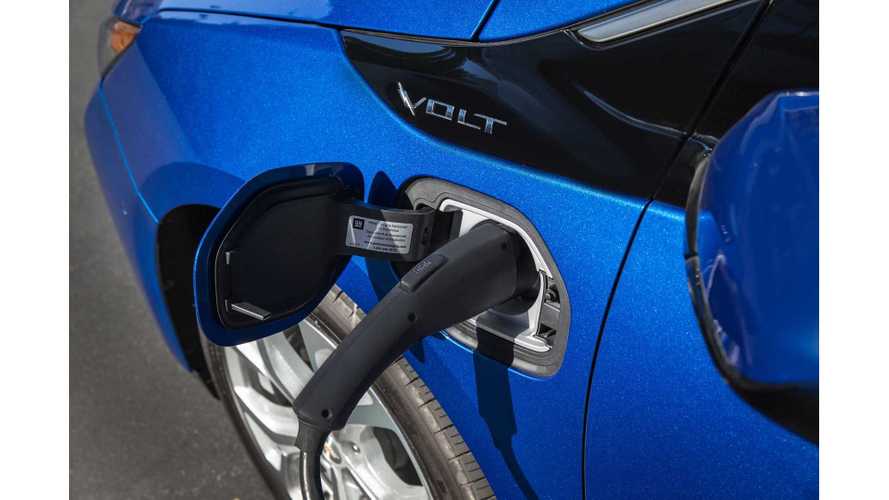 Two months ago, Honda made a splash by announcing that it's committed to plug-ins vehicles.

More specifically, Honda stated that it would offer a plug-in hybrid with 40 miles of all-electric range starting in 2018.  Honda promised the vehicle would be offered nationwide in the U.S.

The upcoming Honda PHEV is to have 40 miles of all-electric range, three times more than the departing Honda Accord PHEV (13 miles EPA).

40 miles combined with all-electric highway capability would make this Honda PHEV the closest competitor to the Chevrolet Volt.

But as it turns out, the Honda plug-in hybrid may not be a Volt competitor at all, but rather it could use Voltec technology to achieve the impressive 40-mile, all-electric highway capability that we refer to above.

There's no mention of Voltec in the report, but it seems obvious to us that this technology is what would be employed on the Honda PHEV to achieve the specs/capability listed above.

In an interesting twist, it appears as though Honda and General Motors are close to finalizing a deal/partnership that would expand the companies' collaborative efforts beyond fuel cell vehicles to include plug-in hybrids/EREVs.

Honda openly admits that General Motors has much more experience and expertise in the plug-in sector and is looking to strike a deal with General Motors that will allow the Japanese automaker to incorporate GM's plug-in technology into its planned 2018 40-mile PHEV.

The tie-up between GM and Honda is said to be in "final negotiations," so we expect an official announcement soon.

As The Japan News reports:

"Honda and GM are mulling cooperation in the development of a driving system for PHVs, and in the procurement of batteries and other auto parts. The companies believe their tie-up can shorten the development period and enhance their advantage in price negotiations with auto parts makers by boosting the volume of their procurement."

"The two companies are considering the joint manufacture of PHVs and FCVs as well, in addition to their development."

"Honda was originally planning to release PHVs on its own in the United States in 2018. With the partnership, the company aims to add GM’s know-how regarding PHV development to its own eco-cars, because GM is said to be more advanced in the field."

General Motors & Honda are expected to partner on autonomous vehicle development as well.