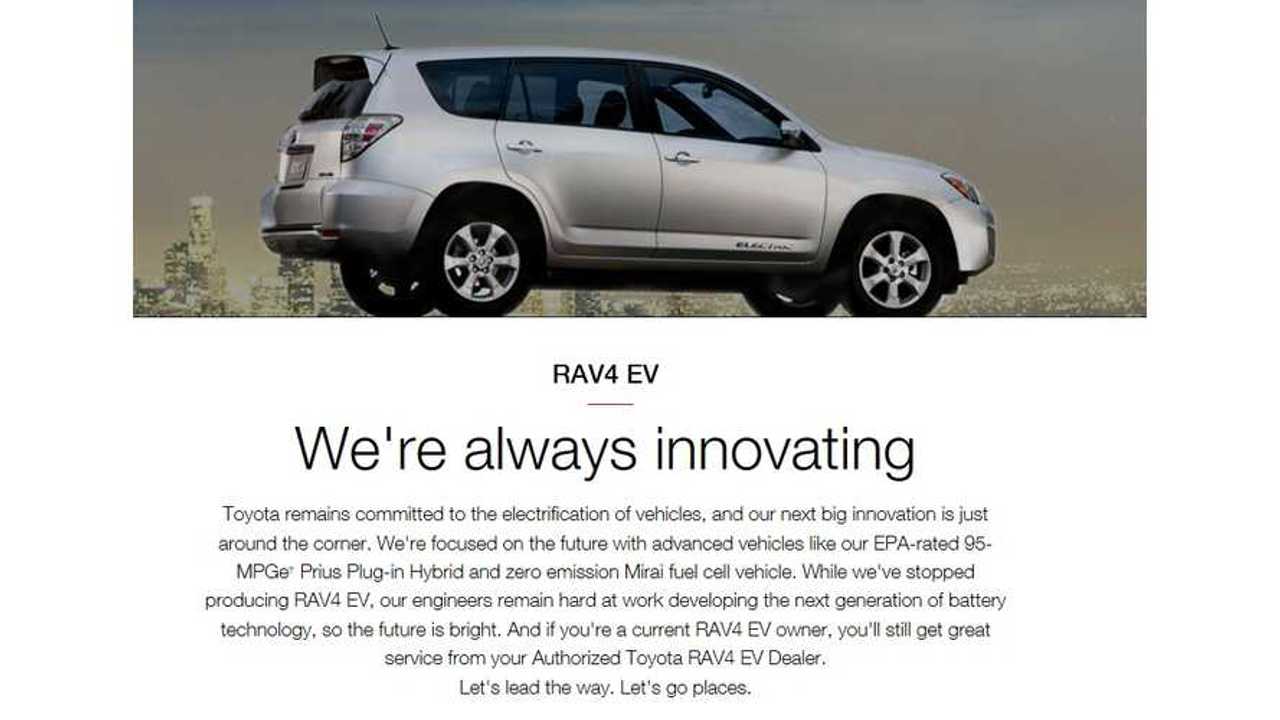 It's the end of the road for the Toyota RAV4 EV.

The last new RAV4 EV (VIN # ending 3351) was sold earlier this week at Hanlee Davis Toyota in Davis, California.  This particular example had been on the lot for awhile.  The actual ending VIN# for the last RAV4 EV produced is 3538.

The buyer of the last RAV4 EV tells the story of how/why he obtained Toyota's last electric SUV:

Proud owner of the last new RAV4 EV in California. The historic occasion was documented by the local paper Davis Enterprise.

After my last RAV4 was totaled two weeks ago in a freeway accident (and our family emerged unscathed) we tested the B Class, Soul, i3 and Model S. Reinforced our first conclusion that the RAV4 is the best EV on the market for a family with a baby.

Hope this one will last longer than the last.

Thanks to Shawn Howell for mentioning where the last one was, and to David at Hanlees for making the sale happen!

In total, 2,537 RAV4 EVs were produced over a span of approximately 3 years.  First sales of the RAV4 EV were recorded way back in 2012.  Sales in a single month topped 200 units on a couple of occasions, but typical volume was less than 100 units sold per month.

With sales of the RAV4 EV now over, Toyota has no pure electric vehicle available to the public on the U.S. market.

Moving forward, Toyota will sell its Mirai FCEV in extremely low quantities starting in Fall of 2015.

Say goodbye to the Tesla-powered RAV4 EV and hello to Mirai.