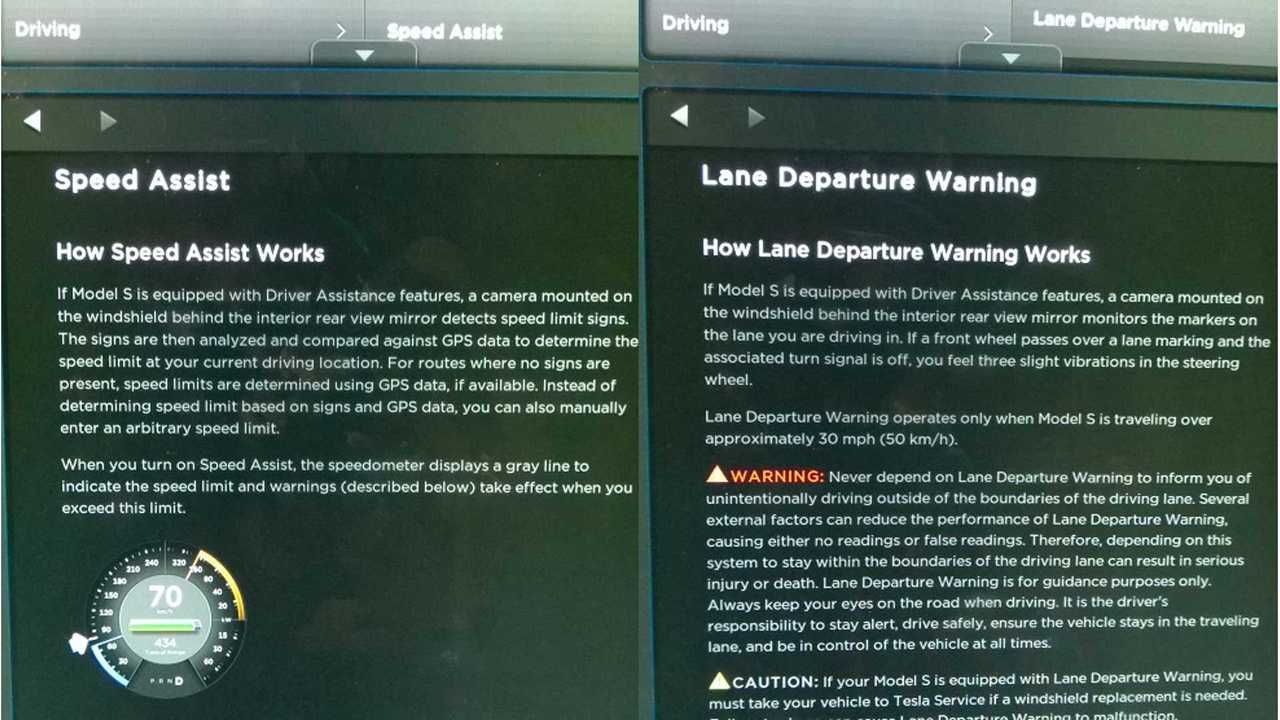 Now that Elon Musk has confirmed the arrival of 90% auto pilot for 2015, we figured we'd explore what Tesla Motors has been doing rather quietly behind the scenes.

The Model S is expected to add further driver assist features (above and beyond that nifty smart air suspension setup - more on that later) which include lane departure warning & speed assist (to warn you if you are over speed limit).

We believe that the new Driver's Assist and Smart Air Suspension features are excellent additions to the Model S, but really both are just baby steps towards what Tesla has planned for 2015.  90% auto pilot is coming, so Tesla is getting ready bit by bit.

Supposedly, some brand new Model S sedans already have the various features listed above (lane departure warning & speed assist). However, this is not listed on Tesla Motors' website just yet, which leads us to believe that some Model S buyers are beta testers of these new features.  We believe that soon these features will be added as official options on the Model S.

An owner has reported a front-view camera behind the windshield. (Check out the TeslaMotorsClub thread here).

UPDATE:  Tesla has released a statement on this matter:

"Starting recently, some Model S being delivered in North America come equipped with two new features. The features are lane drift detection, which will deliver a warning via vibration in the steering wheel if the driver starts to drift from the lane without signaling, and speed limit display, which will inform the driver of the speed limit and alert them when it is exceeded. These features are necessary to meet the latest standards in the European market, but we have decided to integrate them into Model S delivered worldwide."

Tesla further adds that all new Model S sedans are being built with these features, but sadly "due to the extensive changes involved in this instance, however, a retrofit is not feasible."

We are interested in commentary from new Model S owners that are lucky enough to have these new features.  Do they work as expected?