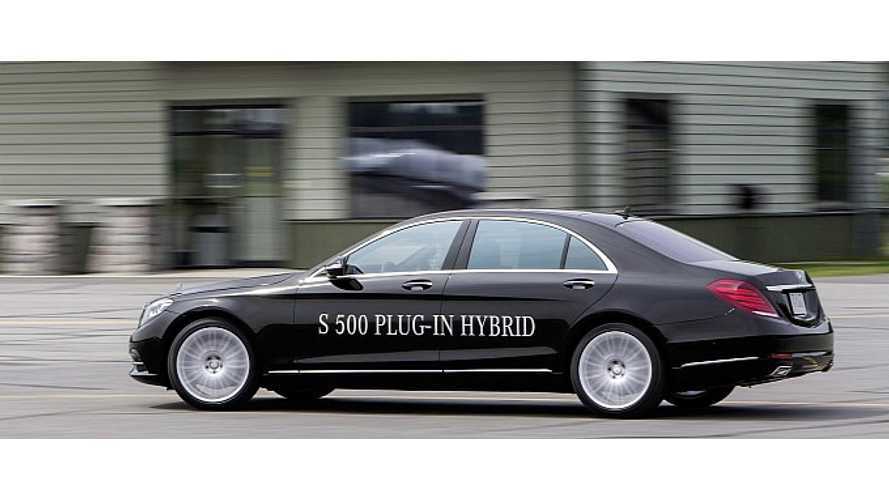 Though the Mercedes-Benz B-Class Electric Drive is now available in the US, don't expect to see M-B offer more pure electric vehicles in the near future.

Instead, Mercedes-Benz will focus most all of its plug-in vehicle attention on plug-in hybrids.

Speaking at the launch of the Mercedes C-Class, Mercedes-Benz' head of development, Thomas Weber, remarked that were still “a lot of questions” surrounding consumer demand for pure electric vehicles:

“So far around the world there has been huge discussion, small demand.  It’s not only linked to whether there are cars available to buy; the second question is whether there is an infrastructure available where you can charge your vehicle.”

Autocar confirms our belief that M-B will focus mainly on PHEVs:

"Although Mercedes is producing a small number of electric models, such as the B-class Electric Drive and Smart ForTwo Electric Drive, it will focus on plug-in hybrid technology for the larger cars in its line-up, with the Mercedes Rear-wheel Architecture (MRA) designed to accommodate PHEV technology."

“We believe that for C-class upwards, the only way to go as we near 2020 and beyond is plug-in hybrid electric vehicles. We will have a plug-in S-class in September, and later in the life cycle of the C-class we will have one too. MRA will make it possible for us to go for plug-in hybrids across the range."

So, plug-in hybrid it is then for Mercedes-Benz.

As for development costs of plug-in vehicles, Weber claims:

“Drivetrains for EVs, including plug-in hybrids, are more expensive than conventional drivetrains, based on limited volume."

“It will be important what the governments in countries are doing to support this early phase. It comes down to subsidies maybe without money you can have benefits such as parking for free, special lanes during traffic jams and so on.”

Even with several suspected hurdles in its way, M-B remains committed to plug-in vehicles, but maybe not of the pure electric variety.  Quoting Weber:

“I’m still optimistic that in the coming years this kind of technologies will see at least a stronger growth rate than we see today. We still believe electric vehicles based on fuel cells will be part of the story and for the large vehicles we will see a growing share of plug-in hybrids."