Volvo: Our Electric Hybrid Buses Are Highly Appreciated in Gothenburg 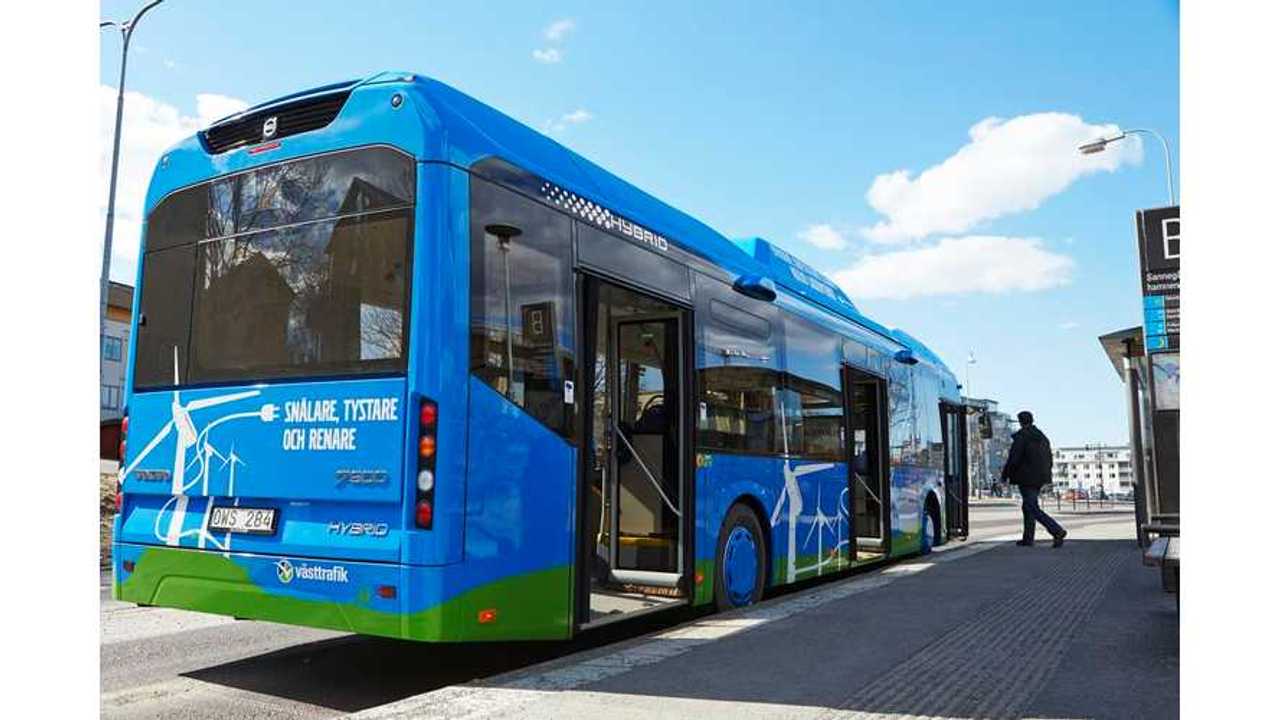 This vehicle can cut fuel consumption by over 75% and total energy by 60% thanks to its electric drivetrain. Charging taking just 6-8 minutes every time one of the buses arrives at the end of the route.

According to Volvo's study, the new buses are popular with passengers and drivers and also with residents along the route. 7 out of 10 people who were asked about the buses responded by saying they fully appreciate quiet ride. 40% of respondents said that they are less disturbed by the hybrid buses than by conventional buses.

The majority of the respondents would pay a premium for a trip in EV mode.

"Västtrafik has carried out a survey among passengers on route 60, drivers of the electric hybrid buses, and residents living along route 60, asking them what they think about the new buses. The results show that the majority are positive to the buses and that there is considerable awareness of the project – 7 out of 10 say they know about the initiative."

"A large proportion of those questioned also feel it is important to invest in environmentally optimised buses running on alternative fuels. A majority of passengers said they would consider paying half a krona more per trip to help finance more electric hybrid buses."

“Many people appreciate the hybrid buses because they are quiet and comfortable, and we find it very encouraging that customers are willing to pay more to travel in a more environmentally sound way."

“The survey underscores the major advantages of electric hybrids for customers, drivers and urban residents alike. This type of bus functions very well in metropolitan conditions, while at the same time helping us meet our high environmental standards.”

Per Bengtsson, project manager for the Hyperbus project at Volvo Buses, remarked:

“It is very gratifying that our electric hybrid buses are so highly appreciated. More and more cities are now beginning to introduce buses running on electricity. They are far more energy-efficient compared with diesel-powered buses, and since they are so quiet they contribute to a more pleasant urban climate."

The project will end in July this year. Series production of the Volvo Plug-in hybrid bus is still scheduled for 2016.