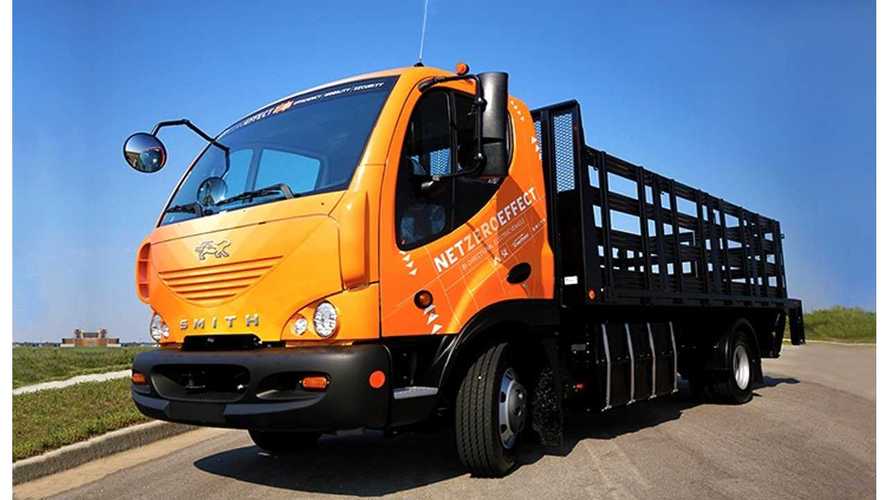 Previously, we heard that Smith Electric Vehicle ran out of cash, but according to press release the case was to make some changes in the supply chain:

"The company temporarily suspended production in the fourth quarter of 2013 in order to transition its supply chain to Tier 1 suppliers, which will enable Smith Electric to produce its vehicles at a lower cost."

Sinopoly Battery was in talks with Smith Electric Vehicle to be a battery supplier (in place of A123 Systems), but now it seems that Sinopoly Battery will become the single largest shareholder with 19% of shares, exclusive supplier for batteries and preferred supplier of additional parts like frames for Newton electric trucks.

The first $2 million already was sent to Smith Electric Vehicles and the remaining $40 million will be invested in two steps ($10 and $30 million) pending milestones to be achieved by both companies in the coming months.

"Demand for all-electric commercial vehicles is rapidly increasing in China, and Sinopoly's investment in Smith Electric highlights the important role we will play in the global marketplace. This investment provides both companies with the opportunity to leverage the synergies between our operations while Smith maintains the financial and operational flexibility to scale manufacturing, transition and strengthen our supply chain, and move toward company profitability."

"Smith is an internationally renowned supplier of EVs. Sinopoly's investment in Smith represents an important and strategic advance step in establishing Sinopoly as a significant integrated player in the EV industry. The combined expertise of Smith and Sinopoly, which will adopt the name of FDG Electric Vehicles Limited shortly, along with the macro-subsidy policy for alternative energy vehicles, uniquely positions us to capitalize on the rapidly growing commercial EV market in China and the U.S."

Interesting is who is new chairman of the board of Smith Electric Vehicles: Charles Gassenheimer - former CEO of Li-ion battery company Ener 1, the company which invested in Think.

Charles Gassenheimer, chairman of the board of Smith Electric Vehicles, commented:

"Sinopoly's investment in Smith Electric Vehicles marks an important milestone in recapitalizing and restructuring the company in preparation for the public market. This agreement underscores Sinopoly's institutional understanding of the global electric vehicle industry and the company's commitment to working with Smith Electric to create a major player in the market."