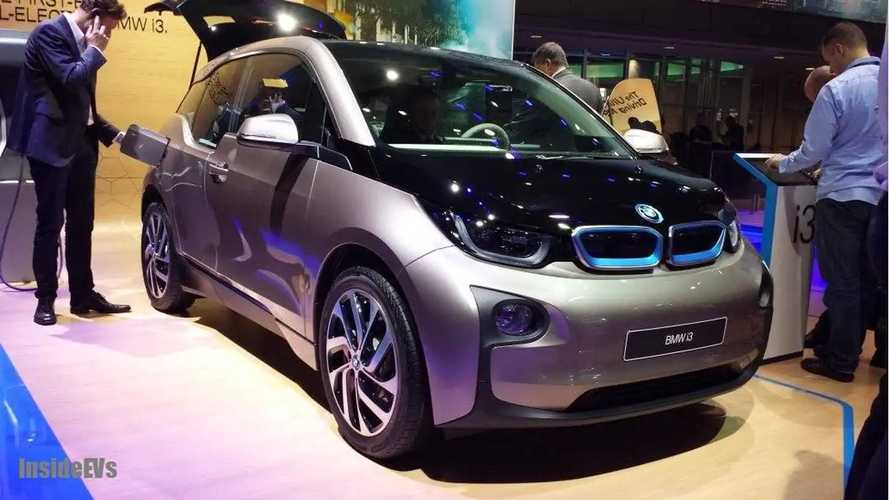 Like The Chevy Volt, The BMW i3 REx Gets The Green HOV Sticker

The California Air Resources Board just moments ago listed the BMW i3 REx (range-extended version) as a TZEV (Transitional Zero Emissions Vehicle) and thus awarded it the coveted green HOV sticker.  That is assuming you can sneak in your application before they expire.

Per CARB, the TZEV designation is typically assigned to plug-in hybrid vehicles:

Not to be confused with BEVx, which CARB lists separately as follows:

BEVx is further defined as such:

"BEVx, or a battery-electric vehicle with a small “limp-home” range extending engine or APU (auxiliary power unit)—i.e., not a series-hybrid type vehicle equipped with a full-capability engine."

Presumably, the BMW i3 REx didn't qualify for BEVx, hence it being listed as a TZEV.  These four criteria must be met for BEVx status, in addition to what we noted above:

Additionally, CARB makes several statements regarding performance limits on charge-sustaining APU mode operation, including speed restrictions.  Somewhere within this laundry list of requirements, the i3 REx presumably slipped through the BEVx category and landed as a TZEV.

Though not listed as a BEVx, that has no impact of the i3 REx getting the green sticker, which you can see it clearly receives:

BMW i3 BEV Gets White - BMW i3 REx Gets Green

UPDATE: However, unlike the Chevy Volt, the BMW i3 REx will qualify for the full $2,500 California Clean Vehicle Rebate. The only TZEV that so qualifies.

That rebate program recently used up available funds, so all applications after March 28th, will go on a wait list until September.  At that point an additional $30 million dollars has been added to cut checks to plug-in owners.  (details here)

The CVRP site has not yet been updated to show the status of the i3 REx: