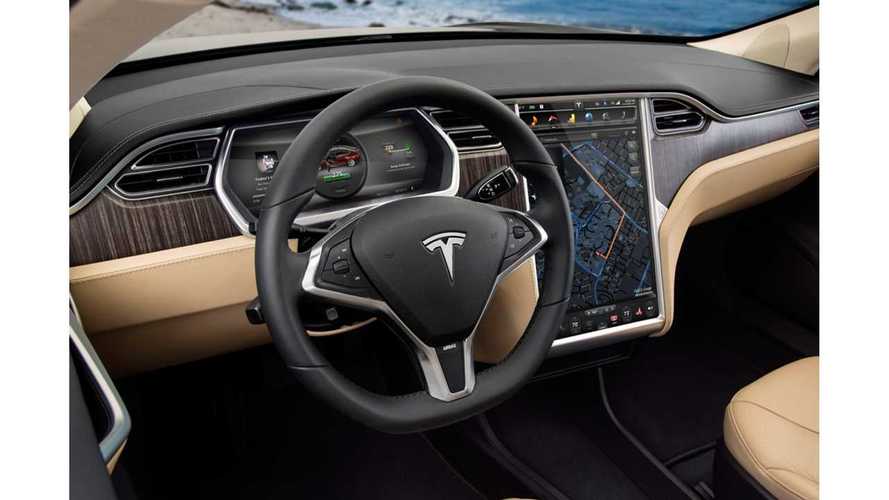 In an odd twist, a 63 year-old Tesla Model S owner is now trying to blame the vehicle's new car smell (it was only 10 days old at the time of the crash) for a fatal accident involving a bicyclist.

Back in November 2013, Model S driver Navindra Kumar Jain "crossed a double yellow line, drove up a hill, drove down a hill, and finally crashed into bicyclist Joshua Alper, killing him as a result," according to Jalopnik.

The accident occurred on Highway 1, north of Santa Cruz, California.

"According to the California Highway Patrol's initial report, Jain fell asleep at the wheel about 11:15 a.m. and struck Alper head-on. Jain was not injured in the crash."

"Wednesday, prosecutor Greg Peinado said Jain will be charged with a misdemeanor rather than a felony because evidence suggests that Jain did not "act in such a reckless way that creates a high risk of death."

Per the Santa Cruz Sentinel:

"Tuesday, an attorney for Alper's family also filed a civil suit against Jain for negligence."

"The suit -- which also names Palo Alto-based Tesla Motor Co. -- alleges that Jain carelessly and negligently drove into Alper. It also contends that the Tesla in the crash was "defective and unreasonably dangerous when used in a normal, intended and foreseeable manner," according to the lawsuit."

Jain says that the Model S' new car smell was so strong that he put baking soda inside the vehicle to try to absorb/reduce the odor.  Jain blames the crash on this overpowering smell.  As he told authorities, the smell actually put him to sleep.  While sleeping, Jain unknowingly crossed the double yellow line, drove up and then down a hill and crashed into the cyclist.

For the record, authorities conducted a "lengthy investigation included crash-scene analysis, toxicology reports, interviews with witnesses, data from Jain's cellphone and data from the car's computer," according to the Santa Cruz Sentinel.  Jain did not flee the scene.  The accident occurred at approximately 11:15 AM on November 2, 2013.

The story continues as Terry O'Reilly, an attorney for Alper's family, told the Santa Cruz Sentinel that "he had never heard of a new-car smell hindering a driver in his 44 years of trial experience."

The Model S driver has not been arrested or arraigned.  Prosecutors plan to charge him with only a misdemeanor, not a felony.

"If you or I drove across Highway 1 and into the bushes, then steered straight back on to the highway and killed somebody, we would have been hauled off to jail in handcuffs."

There's no date set as of right now for Jain's arraignment.

Tesla Motors has not commented on this incident.