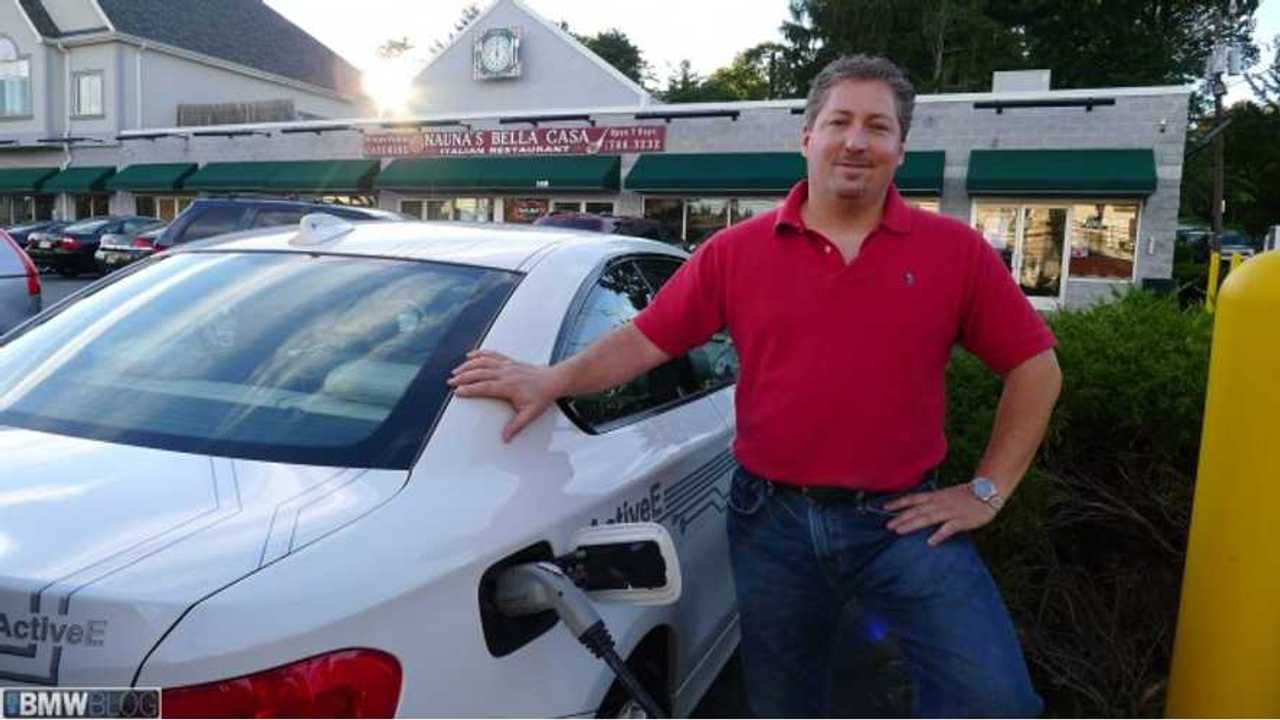 (Editor's Note:  This story is featured at BMWBlog, and our thanks to both Tom and the folks at BMWBlog for allowing us to run it here concurrently)

BMW is on the precipice of stepping into the future of personal mobility. The electrification of the automobile is inevitable; however the question facing the industry is when should they jump in and bring an all electric vehicle to market. BMW has decided the time is now.

Nissan LEAF Lithium-ion Battery Pack is Air-Cooled...Is That a No-No

Nissan was the first to bring a purpose built, all electric car to their showrooms a few years ago and have sold over 50,000 LEAF’s worldwide so far. While I applauded them for taking the lead and acting at a time when others were still talking about EV’s, I was also critical of their decision to exclude a sophisticated thermal battery management system which would help maintain a consistent range throughout varying ambient temperatures as well as help extend the battery’s life. This omission has proven costly to them as some LEAF customers that live in hot weather climates like Arizona have experienced unacceptable battery capacity loss; prompting buybacks, battery replacements and has even forced Nissan to change their battery warranty to now include capacity loss.

Battery Capacity Chart BMW ActiveE---Note: Each Data Point is the Average of 40 Measurements Taken at Every Recharge. This Graph Represents 1,000 Recharges Over 15 Months and 44,000 Miles.

I’ve been in BMW’s electric vehicle Trial Lease Program for nearly 4 years and have driven 120,000 all electric miles. I have carefully recorded data from every trip I have taken and have over 2,400 log entries. I have been monitoring how the battery reacts to factors like speed, ambient temperature and the topographic conditions of my journey, but I have been paying the most attention to how the battery pack has degraded over time.

The battery in any electric vehicle is the most important and expensive component of the car. Electric vehicle battery packs are susceptible to the same capacity loss as any other battery, whether they are used for your laptop or a flashlight. Once you’ve used them for a while, they are never as good as they were when they were new. When people ask me about my ActiveE’s range, rarely do they ask what will the range be in three years – but they should. I don’t think most people that are considering an electric vehicle fully understand this.

The official EPA range rating was 94 miles per charge, which is about what the 2014 i3 is expected to deliver. When I first got it I was able to average about 96 miles per charge in moderate temperatures. Fifteen months and 1,000 recharges later, I can expect about 90-91 miles under the same conditions which translate to about an 8% reduction in range. My results are a bit extreme because I drive much more than the average person. In fact, I have 45,000 miles on the car after only 15 months and have charged it over 1,000 times. That kind of mileage would probably be typical after about 2 ½ to 3 years of driving for the average person so I’m sure I have brought on the battery capacity loss earlier than what should be expected under normal circumstances, but it does offer insight into what perspective i3 customers can expect over time.

The ActiveE has a 32 kWh battery pack but BMW claims only about 28kWh’s are usable. The remaining 4 kWh’s are kept as a buffer because it’s not good for lithium ion battery’s to fully charge to 100% or to allow them to be completely drained. When the car was new, I was measuring on average about 27.4 kWh’s available to me and now that number has shrunk to about 25.25 kWh which is about an 8% capacity loss. Battery capacity loss isn’t linear so it’s not possible to accurately predict future loss. There are also many factors that will affect the degradation that I can control, which further complicates the process of estimating future results. Since the ActiveE is purely a test car, and will be decommissioned after my two years with it, I don’t have to be really concerned with protecting the battery to help it last longer, but if I did there are some things that I could do to help fend off early capacity loss.

How to guard against early capacity loss

Like All Electric Vehicles With 20" Wheels, The Charge Port Has To Be Inconveniently Put At The Back Of The Vehicle...But I'm Not Using a Quick Charger

Maybe I Don't Need All That Range...But the Hat...That's a Necessity

What BMW needs to do

Capacity loss is a fact of life when you have an electric car, I’ve witnessed it first hand and have the data to back it up. However I wonder if the average prospective BMW i customer understands all this? Probably not. How BMW educates the customer will play a crucial role in their long product satisfaction. The customer must know what to expect before they buy the car or they are surely to be disappointed a couple years down the road when the destinations that they used to travel to are suddenly out of range. I know capacity loss is a moving target and there isn’t any way to offer exact predictions, but it is possible to produce charts and graphs that will offer estimates for the owner so they are at least prepared for what is to come. I’m sure BMW has much more sophisticated capacity loss data than I do and they can certainly prepare a “Battery 101” brochure for prospective i3 customers so they can learn about this before they buy the car and will be prepared to take better long term care of their battery.

Close-Up of BMW i3 Battery System

Secondly BMW needs to show confidence in their product and offer a robust warranty that not only covers defects, but also guarantees battery capacity. GM and Nissan both came out with strong 8yr / 100,000 mile warranties for their EV batteries, and Nissan recently added a capacity loss warranty after their recent problems. Nissan now guaranties the battery will be greater than 66.25% of its original capacity for 5 years or 60,000 miles. I see this as a step in the right direction for Nissan, but I am hoping BMW shows even more confidence in the i3’s battery. I would like to see them guarantee 70% capacity for 5 years or 75,000.

I think this is a reasonable offer considering BMW will be utilizing a state-of-the-art battery thermal management system to help maintain proper temperature. Plus being a premium manufacturer, I believe their customers expect a premium product to have a warranty that instills confidence, especially since this will most likely be the first electric vehicle that virtually all of them purchase. A strong warranty may be the deciding factor in whether or not they are willing to take that leap into e-mobility.

I maintain a blog about my experiences living with an electric BMW and it can be found at: http://activeemobility.blogspot.com/

Source: Credit to Tom and the guys at BMWBlog