2013 Green Car Of The Year Finalists Named. Industry Would Seem To Have Moved Back A Step 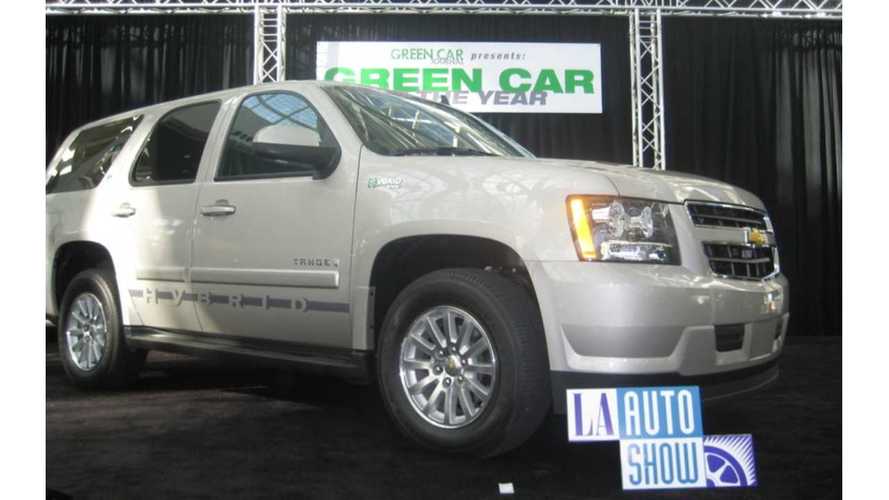 Known For Their Efficient, Environmentally Friendly Cars, Dodge Could Have A Green Car Of The Year Winner In The Dart (seriously)

It is a pretty simple process.  Each year about this time, the "Green Car Of The Year" finalists are named from a laundry list of the "who is who" of green cars.  Then at the Los Angeles Auto Show next month, the winner is announced.

Which then means some company gets to stick it to their competition by putting a fancy decal on its window that signifies they are the greenest thing on the planet.

Unfortunately it looks like the competition, put on by the Green Car Journal, has gone off the rails a little bit.

While past competitions (of late) seemed to have had some merit to them, like the 2011 decision that saw the Chevrolet Volt beat out the Nissan LEAF, or even the 2012 decision that declared the Natural Gas Civic a winner over the Ford Focus Electric, the new list is really nothing special, or particularly green by today's standards.

Hrm,  the Dodge Dart could be the Green Car of the Year?  Is this 1984?  Is the Pontiac Fiero its competition?

Sure, the Dart has an entry level model with an undersized engine that gives you a' decent compared to other standard gas cars' at a 32 combined mpg rating (28city/40 highway).  But the vehicle really resides in the upscale offerings featuring performance options, which means a 1.4L engine that takes only premium gas, or the larger 2.0L that nets you 24 mpg in the city, and 27 combined.

In truth, anyone of these cars on the "Green Car of the Year" list would be a fine automotive purchase. There is no pick in the group that is going to come back and haunt the Green Car Journal as being a historical failure, like the 2002 Motor Trend winner (Ford Thunderbird), or the NA Car of The Year winner from 2007  (Saturn Aura), but they aren't examples of the best of green-ery.

Still, the GCJ put on a brave face:

"This is a very exciting time for the Green Car of the Year program.  For two decades now, Green Car Journal has documented the ‘greening’ of the auto industry, from a time of mere concepts and demonstration programs to today, when the sheer number of environmentally positive production vehicles available to consumers is just eye-opening." - said Ron Cogan, editor and publisher of the Green Car Journal.

We do agree with Mr. Cogan, that it is eye-opening the number of green cars that are being produced.  However, outside of the Prius c (because it brings affordability (not innovation) to a new class), these finalists are a mistake.

It is hard to believe that an award such as this, has not included a single plug-in vehicle, or even some kind of unlikely future fuel source, like hydrogen or on board nuclear power (both of which we feel are about as likely to be widely adopted).   In prior years, when this list would come out, it would trigger aggressive debate over which car was more deserving; this list invokes no such response, just a shrugging of the shoulders.

So we are throwing out that list, and making our own, with the only caveat being you can't have been nominated before and you have to be new this year or next:

We'll announce our winner alongside the Green Car Journal, on November 29th.

Fun fact:  2008 Winner of the Green Car of the Year?  Chevrolet Tahoe Hybrid, featuring a hybrid sticker, and a 20 mpg rating.