Because of his prior history with the brand, you'd expect him to bash the vehicle, right?

Jeremy Clarkson has a strange history with the Tesla brand. His first contact was with the original Roadster, which he drove on the Top Gear test track some 10 years ago, and the resulting video was so bad that Tesla ended up suing the show (but the case was ultimately dismissed by a British court).

His Top Gear co-hosts didn’t really seem to share his views, though, especially James May, who is a self-confessed EV advocate and Tesla owner (he has a Model S and he also had a Toyota Mirai fuel-cell vehicle, which he recently parted with). Richard Hammond, the second co-host, also has a history with EVs, although his involves a Rimac hypercar and a very scary crash (that resulted in very serious injuries) followed by a fire.

Now Clarkson has reviewed the Tesla Model X, for The Grand Tour, and it seems to be a vehicle that he absolutely loves. We don’t know if what is said in the video are his real, genuine beliefs about the vehicle (there appears to be no hint of irony when he praises the vehicle), but he declares himself utterly impressed by many of the things the big X can do.

The main takeaway from the video is Clarkson doesn’t appear to be a Tesla hater any more and the feature that most impressed him in the Model X is Autopilot. He tried the self-driving mode on public roads and found it great, and he still appreciated the vehicle when he took control himself and threw it around a test track; he calls it nimble, agile and reaches the conclusion that ‘it feels good.'

More on Clarkson and EVs 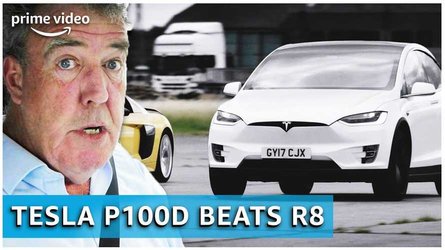 Has Jeremy Clarkson Tried To Please Tesla In This Model X Review? 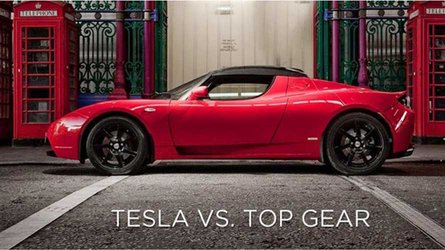