What's With All The Hydrogen Fuel-Cell Car Hype?

Several automakers, including Daimler, Honda, GM, and VW have abandoned the technology, while Toyota continues to pursue it.

Considering that it’s the lightest and simplest of elements, hydrogen seems to stir up a surprising amount of emotion. Actually, it’s not hydrogen itself, but rather the use of fuel cells to power vehicles that is so controversial.

Above: A hydrogen fuel cell-powered Toyota Mirai hopes to fill up at a hydrogen fueling station (Source: Bexim / Wikipedia Commons)

Several automakers, including Daimler, Honda, GM and Volkswagen, have abandoned the technology, while Toyota continues to pursue it. Hydrogen opponents (which include Elon Musk and all the other Tesla founders) cite its inefficiency relative to batteries, and question the wisdom of building a complex and costly new infrastructure. On the other hand, many believe that hydrogen may have a role to play in industrial processes, and for powering heavy-duty vehicles, including ocean-going ships and aircraft.

Many articles in the mainstream media, however, ignore the controversy—for example, a recent article in the New York Times depicted hydrogen fuel cells as a proven technology that only needs to be scaled up to be a viable alternative to internal combustion. ABC News also recently ran a rapturous rhapsody hyping hydrogen as the fuel of the future.

Many politicians are sold on hydrogen—Canada and the UK have announced major investments with the goal of developing a “hydrogen economy.”

What’s behind the recent resurgence of hydrogen hype? One major source is the fossil fuel industry. The Hydrogen Council, a lobbying group whose members include major oil companies and automakers, works to encourage investment in hydrogen and fuel cells, and produces reports forecasting a bright future for hydrogen tech.

A recent article in the Desmog blog explains the dynamics of the developing hydrogen sector in detail, and includes links to various resources and arguments on both sides of the debate.

To understand why Big Oil is so keen on hydrogen, you need to understand the color code. As DeSmog explains, “there are several ways to produce hydrogen, but almost all of it currently in production uses methane (natural gas) as the feedstock, with non-renewable energy powering that production.” Hydrogen produced by this process is called gray hydrogen, or blue hydrogen if carbon-capture technology is used to capture the emissions released during production.

Hydrogen can also be produced from water via an electrolysis process, using renewable energy—this is known as green hydrogen. Currently, this makes up less than one percent of the hydrogen being produced. (Most hydrogen consumed today is used for industrial processes, including oil refining.)

Theoretically, green hydrogen could neatly solve two problems in a decarbonized economy: first, renewable energy sources sometimes supply more energy than needed to meet current demand, and if this energy can’t be conveniently stored, it is wasted; second, in some applications (aviation, ocean shipping, industrial processes) battery-electric solutions have drawbacks, and hydrogen could be a viable alternative.

In what we might call the rosy hydrogen scenario, excess energy from large renewable energy sources such as offshore wind farms would be used to generate green hydrogen through electrolysis, which would then be used to power aircraft, ships or whatever. This is the scenario that’s being presented to policymakers, (and promoted to the public) by oil companies and their representatives. On the face of it, it sounds pretty green. The main problem is that, by all accounts it is probably decades away from being viable at scale.

Shell, one of the world’s largest hydrogen producers, acknowledges the current situation on its web site: “Whilst green hydrogen is the ideal aspiration for a low-carbon energy future, that technology has a number of years to go before it is of a competitive price range. In the interim, blue hydrogen can help create the demand and transport networks for hydrogen whilst green hydrogen costs fall.”

In a sense, the oil companies seem to be offering us a Faustian bargain: let them keep pumping fossil fuels for another decade or two, and they’ll build a hydrogen infrastructure (using taxpayer funds, of course) that could someday be used for a less carbon-intensive solution.

There are other objections to hydrogen, some technical, and some economic (the Desmog article is well worth reading in its entirety). A study from the consultancy Wood MacKenzie predicts that gray hydrogen will remain the cheapest type in the US through 2040. Other studies say green hydrogen could be cost-competitive against diesel by 2030—but if the current pace of electrification continues, diesel may well be obsolete by then, and in any case, green hydrogen won’t be competing against diesel fuel, but rather against battery storage, which is already in use at utility scale today, and is steadily growing cheaper.

Reasonable minds may differ about the suitability of hydrogen for various applications, but when we consider the wisdom of investing in a technology that won’t be viable for a decade or two, in preference to technologies that are already approaching economic viability today, it begins to appear that pushing hydrogen is less about reducing emissions than about protecting oil industry profits. (Protecting oil industry workers is another matter, but propping up an obsolete industry is not a viable way to achieve this worthy goal.) 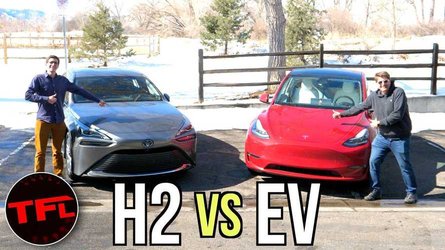 Tesla Model Y Vs Toyota Mirai: Which Is Truly The 'Better' Car? 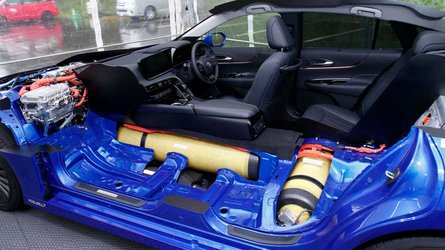