Citroen Ami Review - Is It More Than Just An Appliance On Wheels?

It is one of the smallest, simplest and cheapest ways to get behind the wheel of an electric car in Europe.

Calling the Citroen Ami a car is like referring to a Nissan Rogue as a hardcore off-roader - it’s a bit of a stretch. At the same time, its affordability, small size and the fact that it’s electric will still undeniably attract people, particularly those who are looking for a small battery powered pod to allow them to run errands around a city (it's aimed at both those who want to buy a vehicle, as well as ride sharing services, with an emphasis on the latter).

In Europe, it’s not even classed as a car, but rather a quadricycle (a four-wheeled bicycle), so it won’t incur as heavy taxes as an actual car would. Think of it more as a covered scooter that doesn’t need a kickstand to stay upright and you’re on the right track - even Citroen itself calls it an ‘ urban mobility object.’

Frankly, it looks like a bit of a joke - especially with that weird styling that is perhaps a bit too strange even for Citroen, yet once you get past the quirky face and small dimensions, it’s not actually that bad. Electrifying, The Late Brake Show and The Fully Charged Show have had a go behind the wheel of a Citroen Ami and, believe it or not, they say it does have many redeeming qualities.

More on the Citroen Ami 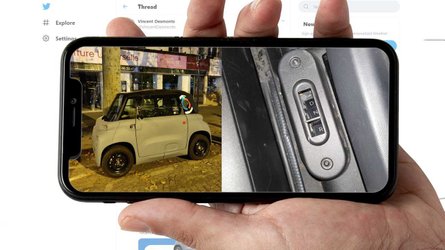 Citroën Ami Shows A Weakness Under Free2Move Use: Its 'Gear' Selector
⠀ 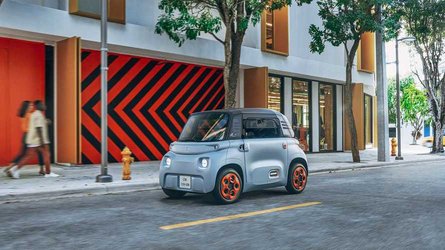 It won’t take you very far, though, with its small 5.5 kWh battery pack that has a WLTP rated range of 47 miles (75 km). And you can’t really drive it on faster roads, because its top speed is very low and it’s also illegal to do so in some European states. This is about as basic as four-wheeled vehicles get, but its affordability and simplicity will make it very appealing to some people.