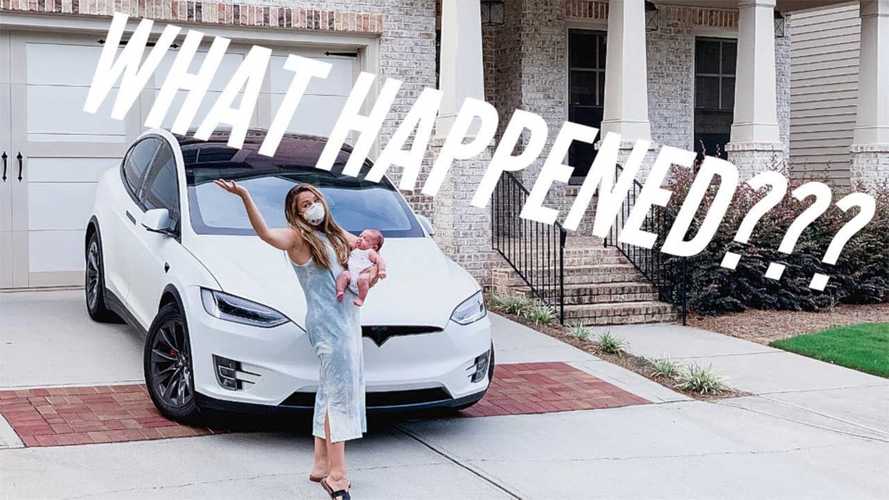 We can't tell you how many times people have said lately, "What happened, where's Like Tesla, where's Kim?"

Posted on EVANNEX on September 29, 2020 by Charles Morris

Kim Java is a long-time Tesla owner who’s turned her passion for electric driving into an online empire. She produces regular videos on Tesla- and EV-related topics for her YouTube channel, sells environmentally-inspired merchandise at her online boutique, and spreads the e-mobility gospel on Instagram, Twitter and Facebook. We ran a profile on Kim in 2019, when her channel reached the 100,000-subscriber milestone (the subscriber count has now powered past 140,000).

Above: Kim Java in front of the Tesla Model X and Model 3 (Source: It's Kim Java)

Her online odyssey began with a simple video designed to show off her new Model X to family and friends. “When we got our first Model X, we actually put a video on YouTube to share with some of our family on the West Coast—it was just our test drive of the Model X,” Kim told me. “We noticed a lot of people were watching, and people started asking us questions.”

Once Kim and her husband learned the ins and outs of their Model X, they thought, “Let’s make some more videos to show people, answer their questions. The next thing we knew, it was like a full-blown channel. It just sort of happened.”

The original name, Like Tesla, was conceived as a bit of self-deprecating humor. In the first video, Kim got a lot of use out of the word “like,” in Valley Girl fashion. “So we said, ‘Let’s play on this, and call [the channel] Like Tesla.’ We had no idea it would turn into this big YouTube channel. At the time, we just thought it was kind of funny, but had we known that we would still be talking about Tesla almost five years later, I think I would have gone with just my name or something.”

Above: Kim loves the falcon wing doors in her Tesla Model X (Source: It's Kim Java)

Now Kim has made that switch to a more inclusive name—Like Tesla has evolved into It’s Kim Java. “Changing the channel name to my name was a long time coming—it allows for more flexibility in content creation, so we can still talk Tesla or Rivian or an EV family vlog.”

Kim’s media activities are much more than a hobby—her sites generate substantial income from sponsorships, social media mentions and product placements. She also participates in a lot of fund-raisers for worthy causes. “There’s a lot of different organizations that give away Teslas to try to raise money,” Kim told me. “That is something that we usually say yes to, because there are so many great causes that we like to be a part of.”

There’s another piece of news in Kim’s household—she recently added a new member to the family. “We have the two boys, and then in early June, we had our first daughter. It’s very exciting. It’s actually been kind of nice, too, because I feel like we’ve been home so much. It’s been a good distraction. I’m a stay-at-home mom, and as of this year, I’m a homeschool teacher due to the pandemic, teaching third grade now and kindergarten.”

Above: Some background on why Kim's channel wasn't active for a few months and a wonderful new addition to the family (YouTube: It's Kim Java)

Kim has often discussed the kid-friendly features of her Tesla. “Tesla keeps them excited about the car by rolling out new Easter eggs. From the reindeer jingles to the Atari games, my kids love playing with the center console of our car.” And Model X may be the most kid-friendly Tesla model of all. “The Falcon Wing doors are a cool ‘event’ that the kids look forward to. They are very aware that our car is quite different than 99% of all other cars on the road, and they love the opportunity to open or close the doors.”

The Falcon Wing doors aren’t just neato—they’re also particularly practical for families. “One of the things I really love are the Falcon Wing doors,” says Kim. “Right now, my daughter is in a rear-facing car seat, and it’s so much easier to be able to put your child into the car seat when the wings open up, as opposed to kind of threading the needle. It gives you a lot more headroom, and that’s always really nice.”

Model X is currently available in five-seat, six-seat or seven-seat configurations. Kim finds that, for a three-kid family, the six-seat arrangement is perfect. “We have the captain-style seat, so the boys don’t have to sit next to each other. I can put two kids in the second row—the baby and one of the boys. Then my middle child can sit in the third row, so nobody is actually touching each other.  When you have younger kids and they’re closer to each other, there is always somebody saying, ‘Don’t touch me.’ Lots of whining and all that kind of stuff.”

Above: Seating in a Model X makes it easier for families with more children (Source: It's Kim Java)

With kids, stopping to charge is no hardship—somebody always needs to use the bathroom anyway. “Now, with the baby [a Supercharging stop] will be a chance to give her a bottle, change her diaper, all that kind of stuff. The frunk is a good place for changing diapers. We have definitely done quite a few diaper changes right in the frunk.” (Say, that sounds like a great idea for a new product from EVannex!)

Tesla Model X: How Much Does A Bike Rack Decrease Range?
⠀

Speaking of which, Kim and her family already have “quite a few” EVannex products. Which one has been the most useful? The Road Trip Charging Kit, which includes a 30-foot charging extension cable and four charging adapters, is extremely handy for drivers who make a lot of road trips. “The charging bundle has come in clutch so many times for us. That and the Wheel Bands. Those have saved my wheels so many times—they protect your car from curb rash.”