It's not by coincidence that Teslas are often targeted by the diesel truck coal rollers.

Why are Teslas targeted by coal-rolling diesel pickup trucks? We're not sure, but we think the truck owners fear a future of only electric vehicles and that's why Teslas are attacked.

Here at InsideEVs, we've witnessed a rising trend in attacks on Tesla vehicles. Though coal-rolling doesn't necessarily damage the Tesla, the emissions spewed into the air do significant harm to the environment and, at times, to the occupants of the vehicles targeted by the coal-rollers.

***UPDATE: It's come to our attention that there's perhaps a second and maybe even more potent force behind these coal-rolling attacks. Outside of the fear that electric cars will soon push diesel to the side of the road, another viewpoint is that these attacks are done due to differences in cultural and political beliefs. The coal-rolling truck owners often find themselves at odds with the belief that those who owns Teslas all are environmentally-conscious individuals. These differences may be real or just perceived. Regardless though, the coal-rollers do their illegal acts of coal-rolling to show that their beliefs don't align with the targeted. Does this make more sense? Or is the fear of electric car domination the more prevalent factor?

This got us thinking, why target Teslas? While Teslas may not be the sole target, it seems electric cars predominantly are. However, since Teslas have cameras that record this coal-rolling nonsense, it's those videos that we're most likely to come across. The consensus for the attacks seems to be one of fear. The diesel truck drivers fear a future without diesel engines. Even worse in their eyes is a future of only electric vehicles. 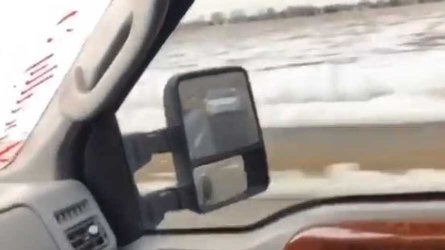 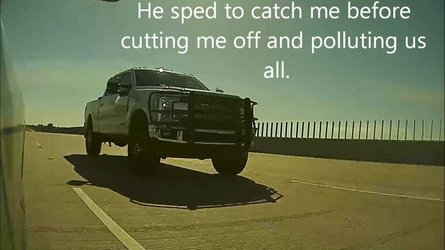 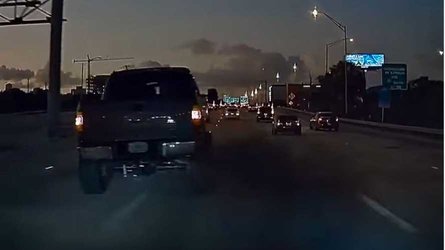 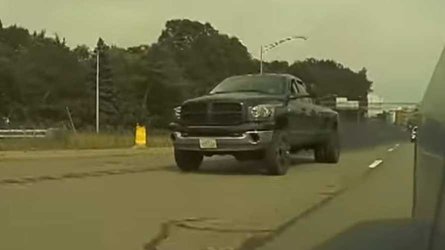 But does the act of coal-rolling accomplish anything? We can't say that it does. The only outcome, aside from destroying the environment, it that occupants of the vehicles targeted by the coal rollers probably develop a certain high level of disgust for diesel and for the drivers behind the wheel of the trucks.

Here we've compiled some of the worst coal-rolling attacks on Teslas that we've come across over the last year or so. Some attacks are so blatantly obvious and lead to more than just coal-rolling. In fact, some have an element or two of road rage as well, like this one involving a Ford diesel truck. We've included a brief explanation for each video, as well as a link to our original article on each of the illegal coal-rolling acts.

We ask you, why do you think Teslas (and electric cars in general) are targeted by these polluting coal-rollers?

In the video above, you can see that the driver of the large truck is proceeding unsafely. First, as he's weaving through moving traffic on the highway, he cuts the Tesla Model 3 off. Then, he makes sure to get in front of the Tesla again and proceeds to swerve back and forth in order to assure that the soot really does its job. The truck weaves in and out of more traffic and straddles lanes to get in front of the Model 3 one last time for a final coal rolling attempt.

The driver of this coal-rolling diesel Ram spots a Tesla and then goes crazy in an attempt to roll coal on the car no matter how dangerous it might be.

This may be the most dangerous example of coal-rolling we've ever seen. Not only does the Ram driver pilot his truck erratically by cutting in and out of traffic and possibly speeding, but also the truck spews such thick smoke that drivers (not only the one in the Tesla) are momentarily blinded from seeing the road ahead.

Why do diesel pickup truck drivers constantly attempt to coal roll Teslas? This video captures a Ram truck purposely rolling coal on a Model 3. The coal-rolling was not provoked by the Tesla, according to the video upoloader.

In the video above, you can see that the driver of the Ram diesel truck sees the Tesla and then proceeds to speed up to get next to and slightly in front of it. Once in front of the Tesla, the truck does its coal-rolling by slamming the accelerator. This spews the black sooty smoke all over the place. The truck then speeds away.

Tesla haters are everywhere, so always be aware of your surroundings.

Watch as this Tesla Model 3 almost gets rolled with coal by a hater in a diesel Ram pickup truck. The smart Model 3 driver (in the ultra-quick Performance version of the Model 3) avoids most of the mess and stench by slamming the go pedal and flying on by.

These are just a few examples of diesel trucks coal rolling Teslas, but we think it's more than enough to prove the point that Teslas are targeted. For more examples, click here.