The driver of this Subaru just won't let up. Surely the occupants inside the Tesla were terrified.

When road rage becomes some even weirder, scarier and more extreme. This road-raging Subaru Crosstrek driver follows and attacks (in a way) a Tesla with mom and kids inside for at least several minutes.

The lengthy video description (see below) provides us with a lot of details, but our take on the situation is that the heavy stop and go traffic might've made it seem as though the Tesla attempted to brake check the Subaru. That doesn't appear to be the case though if you watch the video. It can't be embedded, but you can watch it at this link. 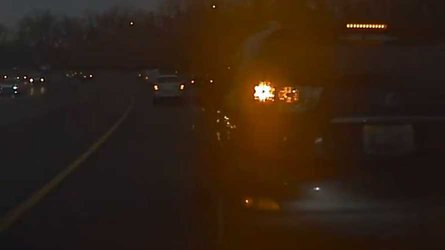 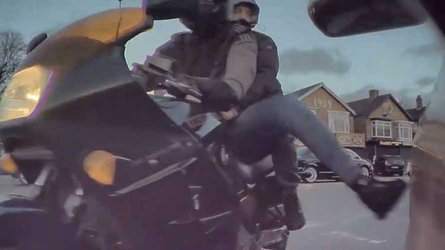 Watch This Motorcyclist Chase Down A Tesla Just To Kick It

What we see is stop and go, stop and go and then, all of a sudden, the driver of the Subaru Crosstrek seems to get enraged. He not only tailgates the Tesla (stopping within an inch of two of the Tesla rear bumper on several occasions) but also rolls down the window (presumably to yell at the Tesla driver, which is a mom with two kids onboard), speeds up, slows down, weaves in and out of traffic to either keep up with the Tesla or to change lanes to follow it.

This is when the Subaru pulls alongside the Tesla and rolls the window down.

What starts as some form of road rage appears to evolve into something more like stalking. The Tesla driver can't shake the Subaru loose and becomes rightfully scared. She phones her husband to let him know what's going on. He advises her to head home to safety, but when she pulls into a nearby McDonald's the driver of the Subaru stops his intense pursuit.

If you're ever in a situation such as this, our advice is to drive straight to the nearest police station. You'll be safest there and chances are the pursuer will not continue to follow you.

Watch the video above and be sure to check out the description below for more on the situation.

Yesterday my wife was bullied by big-time A hole with GA Tag number XBD917. He was driving a Subaru Crosstrek. It also appears that he is Veteran, double shame for acting the way he did to a woman with two little kids in the car.

I don't know what triggered him, maybe he thought she was brake checking him but it was evening stop&go traffic on two-lane local road. He wouldn't stop following her for a while.

She called me and said :

"Crazy guy with a very mad face is following me and I don't know what to do."

I told her to come home and I will be ready for him if he tries something funny. He left her alone after she pulled to McDonald's.

We decided not to report him and give him a break in case he is suffering from PTSD or something. P

.S. I cut video to make it short. But he was at it for at least 10 min. And closer to the end of the video almost rear-ending her car twice. Was she wrong for not calling police? First time something like this happened to us. Scary stuff. Thank God he didn't do something that would scare or injure kids.