UPDATE 2: Rise Of The PHEVs: We Email Companies Words Of Encouragement 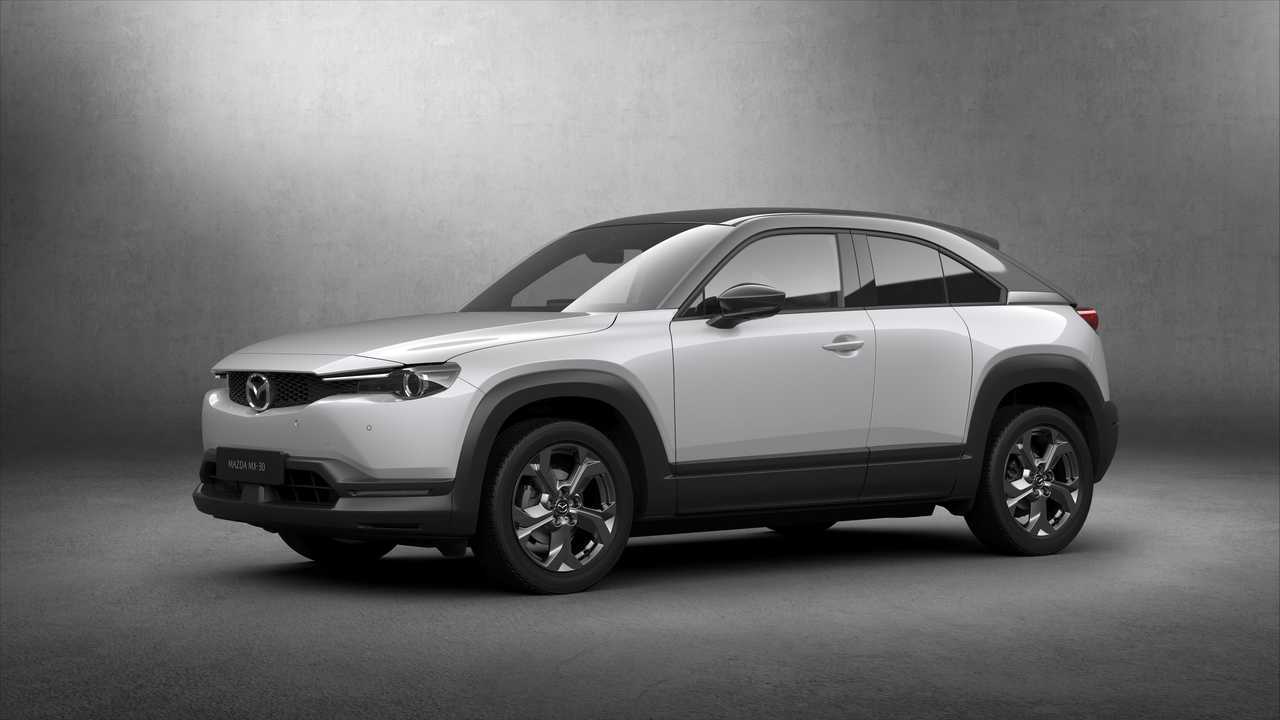 Despite past PHEV failures, the RExEV configuration could easily catch on and prosper in select markets today.

I recently wrote an email of encouragement to Obrist-Powertrain, Libertine FPE and Mazda.  However, what I said applies to all automakers. We've already received a reply from Sam Cockerill, Libertine FPE. We're waiting to hear back from the others but plan to update this article whether or not they all reply. We may even publish a new article if we hear back from the others.

EDITOR'S UPDATE: We promised you an update if and when we received a reply to Geoff's emails. As we previously stated (above), Sam Cockerill from Libertine replied promptly.  Below, we've included Cockerill's email response in its entirety (unedited aside from the noted correction shown below, which was sent by Cockerill). Now, he received an email response from Obrist, which we've also included below. Mazda hasn't yet replied.

We would like to begin by thanking you for wishing us luck.

With regard to the drive system, from Obrist's point of view it is crucial to differentiate between normal plug-in hybrids (parallel hybrid) and our HyperHybrid system (serial hybrid). In the PHEV, the electric motor is an assistant for a complete conventional drive. With our HyperHybrid, a small, specially developed petrol Zero Vibration Generator (ZVG), the assistant for the electric drive. The battery and the ZGV always work alternately, so that the optimum in performance and low consumption is achieved.

This can massively reduce costs (small battery, small motor and fewer chassis parts) and increase the range accordingly. This makes it possible to offer the basic version of a mid-range car with our HyperHybrid technology for around € 20,000 on the market. HyperHybrid is the electrical solution for all countries and allotments. It takes economic, technical & ecological aspects into account.

Why not design and build just one? Why not have just one type of platform, BEV, and have the RExEV variant available for customers who want it?

Our HyperHybrid system is just one. Thus, we believe that there should not be just one design or technology. That should be up to the consumer to decide which technology suits their daily commute. As long as its clean energy, we don’t see why others technology should not exist. The goal at OBRIST is solve the main issue we are facing today: to reduce the CO2 emissions as much as possible now and in the future with synthetic fuel.

Thanks for your note, which David shared with me –

.. the question is asked, why didn't the KSPG REx or the Chevy Volt or any other RExEV zoom into popularity back then. I think the answer lies in what I've outlined in a previous Inside EV article. Fundamentally the market just wasn't ready for them.

I’m not sure – I think this is actually a question of technology maturity, specifically of the wheel motors and power electronics necessary to deliver the 6-second ‘whoosh’ that sells people on the idea of electric propulsion. I was at a DI 2-stroke event in Paris this week; The snowmobile and outboard engine guys make no bones about the fact that they are in the business of selling fun, which derives from the sense of acceleration via the immediacy of throttle response. It’s this exact same phenomenon that has made the e-power Note Japan’s best selling vehicle: It’s fun to drive. This is because its wheel motors and power electronics have been perfected over millions of units of BEV implementations via the Nissan Leaf, with which the Note e-power shares these components.

To some the idea of starting with an EV powertrain and adding an ICE might seem backwards – but the e-power Note has a tiny 1.5kWh battery and costs no more than a conventional note (1) – it’s just way more fun to drive, hence it sells (It’s also more efficient .. but that’s hygiene these days) Elsewhere we see EV OEMs expanding production to fill the in-market charging infrastructure available and then looking to add ICEs in order to out-grow this constraint. In this model, BEV is the early adopter category but RExEV is for the early majority. The Nissan e-power range launches in Europe in 2022 – I hope they add a plug, but either way the new products Nissan brings to market will change the perception of electric propulsion over here from something you should buy if you want to be green (and can afford it) to something that’s the obvious choice and (almost) the only thing in the showroom.

I'm sure it's not practical, but it's too bad you couldn't configure a few Kia Soul EVs (111 mi range) or Hyundai IONIQ EVs with your REx and sell them at a profit in those maturing European markets. It would be a great proof product viability.

I’d love to do a RExEV project with Hyundai/KIA now that they have bought commercial EV company “Arrival”. You may have seen Obrist’s Tesla frunk implementation, which shows the potential of the REx category if done well. The Tesla purists were aghast at this act of desecration – however the mindset of that says everyone should buy a pure BEV flies in the face of economics, which is all about the efficient allocation of scarce resources. In this case the scarce resource is battery production capacity (Ref. https://cleantechnica.com/2019/04/14/global-lithium-ion-battery-planned-capacity-update-9-growth-in-a-single-month-march-charts/) Buying a Tesla with a 100kWh battery pack is an inefficient use of this resource. Here’s why:

Supposing the world produces 2TWh batteries by 2030. That would only be enough for 20 million Tesla model S BEVs or 40 million x 50kWe BEVs, when the world buys >100 million vehicles. As an alternative, suppose we allocate a quarter of these to produce 20 million urban BEVs with shorter range 25kWh packs, and three quarters to cars, light commercial vehicles etc that occasionally do longer journeys or for other reasons need onboard power generation (but still averaging 25kWh battery per vehicle). For most of the time these hybrids will still run around in BEV mode and as the charging infrastructure grows (and fuels are priced up) that legacy fleet BEV-mode % will rise over time. With that allocation, 2TWh batteries can mostly decarbonise 80 million vehicles (80%) by 2030 and make these zero-emissions capable for city driving. Now wouldn’t that be a breath of fresh air?

1. Follow up email from Sam: One correction. I checked up and found that the Note e-power is actually 34% more expensive than the base gasoline version.

Electric Car Range And Affordability: Is There A Magic Combo?

The original email follows in its entirety:

I suppose that you are watching the markets and already know about the growth in PHEV sales in Europe. But I want to add my voice of encouragement to you all. I noticed from some recent articles (1) that PHEV sales growth is outpacing BEV sales growth in certain markets.

Perhaps it may be too early to say for sure, but possibly my analysis is being proved true. I have predicted that as an EV market matures an increasing number of EV adopters will choose to buy EVs that have plenty of total range.PHEVs give customers the local electric daily driving that they need and the additional range for longer trips when wanted. It appears to me that NOW is the time for RExEVs to blossom in these maturing European EV markets.

I know that the RExEV concept is not a new one. Mazda talked about doing one ten years ago. I recently came across a video from 2013 showing off a KSPG range extender (2). So naturally the question is asked, why didn't the KSPG REx or the Chevy Volt or any other RExEV zoom into popularity back then.

I think the answer lies in what I've outlined in a previous Inside EV article (3). Fundamentally the market just wasn't ready for them. The market didn't have a place for RExEVs at the time. Who would buy them? Most certainly NOT traditional EV advocates. They tend to shun vehicles that burn any gasoline (petrol). Most certainly NOT traditional car buyers. They didn't understand EVs and didn't want to.

But now things are changing. In those markets where EV ownership is becoming more common, people are looking to buy EVs that have plenty of range. That is the role that the PHEV is playing for them. However this role really should be fulfilled by RExEVs. The RExEV architecture makes much more sense.

I've said it before, PHEV is a misnomer. They really should be called Plug-in Hybrid Internal Combustion Vehicles (PHICVs). It is totally illogical to me why any auto manufacturer would want to build two entirely different drivetrain architectures. Why not design and build just one? Why not have just one type of platform, BEV, and have the RExEV variant available for customers who want it?

If I understand correctly you are still years away from deploying your RExEV technology. That is a shame. It would be of great interest to see how well the REx could fair in Europe today. I would think they should sell very well. If by chance a RExEV model was available in those maturing markets, but did not sell well, that would not bode well for the technology. I'd be very surprised and disappointed.

I wish you the best of luck and hold out hope that you will be able to deploy your REx technology in Germany, France, the Netherlands and Sweden very soon (ASAP).

As always, we'd love to know what our readers think. Do you have any questions or concerns that we should share with these three companies or any other related company? Let us know in the comment section below.