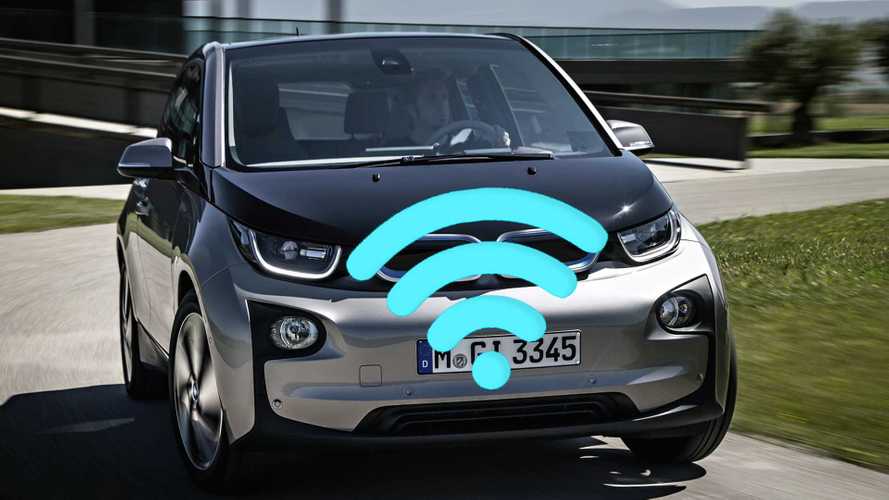 You may be surprised to find out that gas and diesel cars generate magnetic fields too.

You may have heard about those people who complained that living next to high voltage power lines negatively affected their health - it was many years ago and is a well documented matter which, in the end, didn't lead to a cause-effect link being established. But what about being in a car surrounded by high voltage power cables, sitting on a massive battery and next to a powerful electric motor? Could it have negative effects on occupants' health?

Well, the idea that being close to power lines may cause health concerns was started by a 1979 study which claimed to have found a link between power line proximity and leukemia in children. Multiple studies followed and they all seemed to point to the fact that its findings were probably coincidental and no cause-effect link was actually established.

The radiation given off by such magnetic fields was deemed non-ionizing (meaning it can't remove ions from atoms) and the claims that they were giving people cancer were dismissed. Researchers pointed to the fact that when in direct sunlight and absorbing ultraviolet radiation, or having an X-ray taken, you are subjected to ionizing radiation of the kind that can cause noticeable damage.

Then, in 2002, the World Health Organization (WHO) put out a report on what effects electrical and magnetic fields have on the human body. This study pointed out that:

It also found that:

“Static electric and magnetic fields and extremely low-frequency electric fields are not classifiable as to their carcinogenicity to humans.”

But even so, the notion that such electrical and magnetic fields may pose potential health problems stuck around, being neither definitively debunked, nor confirmed. Then, in 2005, another study published by Dr. Gerald Draper and his team from Oxford university did claim it found a direct link between power line proximity and some types of cancer, if people lived less than 200 meters (650 feet) from said power lines.

Yet this study was highly criticized at the time and it didn’t sway the scientific community to change its general view on the matter.

Nevertheless, the WHO’s official position is that magnetic fields are still seen as “possibly carcinogenic” in humans and this essentially means your health may or may not be negatively affected by riding in an EV (or an electric train, tram, trolleybus or any other vehicle that runs on electricity) - they don’t really know for sure.

According to Joel M. Moskowitz, Ph.D., who is the Director of the Center for Family and Community Health at the School of Public Health University of California, Berkeley, the fact that there may be a risk should prompt automakers to try to minimize the EMFs they expose occupants in their EVs to (at least as a precaution until we definitively know their effects).

He says that while there has been a lot of research conducted on this matter, most of it was industry-funded and this detracts from its trustworthiness. What he suggests should be done is for people to demand that governments carry out this research so as to eliminate the possibility of bias in the results.

In 2014, a new study was published by SINTEF, a Norway-based independent research organization, simply called “No danger from magnetic fields in electric cars.” The research that made them reach this conclusion was fully funded by the European Union and it is claimed to be “the most comprehensive study yet carried out to identify different sources of magnetic fields in electric cars.”

As its title suggests, SINTEF’s view is:

“There is absolutely no cause for concern. The difference between this research and similar earlier work is that we have taken into account what contributes to the magnetic fields. The rotation of the wheels themselves generates considerable magnetic fields, irrespective of vehicle type.”

Seven different EVs were tested, along with one gasoline car and one powered by a hydrogen fuel cell. In the EVs, the strongest magnetic fields were recorded near the floor, where their batteries are located; their strength decreased nearly tenfold when measured at around head height.

One finding that may come as a surprise is that there’s not a huge difference between EVs and regular gasoline- or diesel-burning cars. Researchers argue that this points to the fact that all cars, regardless of power source, generate magnetic fields and while they are slightly higher in electric vehicles, they aren’t significantly higher and thus shouldn’t harm their occupants.

But even if this test seems conclusive, this doesn’t mean research on EMF effects on the human body should cease to be studied. Especially since its is known that more powerful EMFs are linked to some changes at a cellular level; we are surrounded by sources of magnetic fields of varying strengths, and while a single source on its own may not be cause for concern, multiple sources acting at the same time might have more pronounced and noticeable effect.

Furthermore, unless you drive a drop-top, the car's metal body helps concentrate the magnetic field around you. This also includes whatever radiofrequency (RF) radiation is generated by Bluetooth and Wi-Fi, even if some escapes throgugh the glass areas of the greenhouse and some body seams. It was also found that electric vehicles’ batteries do emit a stronger DC field when the vehicle starts, or when there is a big draw from the battery (i.e. under hard acceleration), or when it's being charged.

The information we have on this matter right now cannot and and should not be considered conclusive. For instance, while doing a short commute in an EV every day may not be particularly harmful, if you're a taxi driver who spends most of the day in an EV, surrounded by RF radiation-generating devices, it may not be so cut and dried.