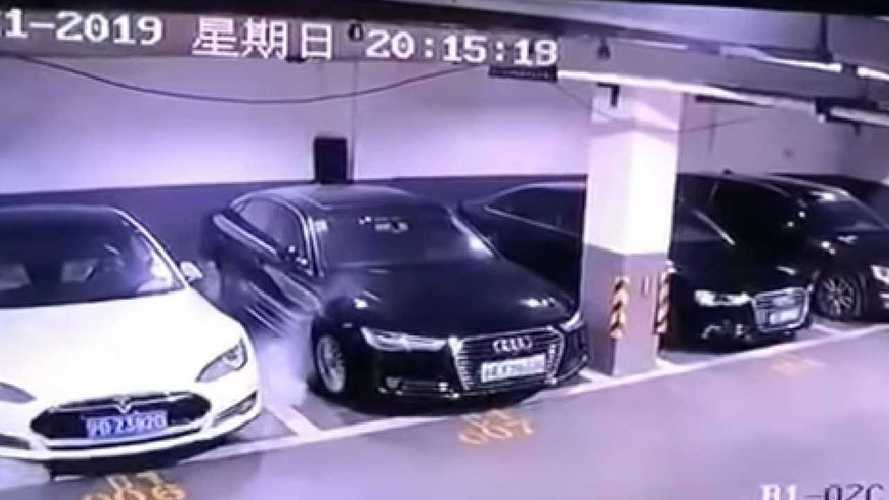 Tesla has issued an OTA update and NIO has recalled just under 5,000 vehicles.

Tesla has identified the cause of a Tesla Model S that caught fire this past April in Shanghai. When this occurred, news of the fire spread quickly across the internet leading to speculation of all sorts. In May, Tesla announced they would be investigating the cause of the fire.

The automaker conducted its investigation with several Chinese and American experts. The joint analysis pored over information about the vehicle's battery, currently installed software and history. In the end, the investigation did not find any fault with the system's design. Instead, Tesla says that a single battery module failure led to the fire.

More About Tesla and NIO In China

Tesla has recently pushed an over-the-air update to revise the charging and thermal management settings on the Model S and Model X. According to Tesla's statement, the update will help protect the battery and will improve longevity, decreasing the likelihood of this happening again.

Tesla is not the only automaker that has recently investigated battery safety in their vehicles. Chinese automaker NIO was conducting a similar investigation after three of its vehicles recently caught fire in the country.

Just a day prior to Tesla's announcement, NIO announced that battery module failures were responsible for their vehicle's fires. The automaker says that a module in the battery pack could in some cases press up against a voltage sampling cable. NIO recalled just under 5,000 cars to avert the issue.

Tesla's statement on Weibo can be found below:

A very rough Google translated version of this text into English:

Statement on Shanghai Vehicle Accidents | On the evening of April 21, 2019, a Tesla Model S vehicle exploded in an underground parking lot in Shanghai.  According to the complete monitoring video, about 20:30 that night, the vehicle showed an open flame after about 1 minute of smoke.  After receiving the alarm, the fire center rushed to the scene to fight the fire. The accident did not cause personal injury.

After receiving the alarm message, Tesla immediately launched the highest level response procedure. The team sent the team to the scene at the first time to set up a joint investigation team composed of Chinese and American technical experts and senior management teams to actively cooperate with relevant government departments to participate in the follow-up treatment.  We worked with the property department to start the aftermath.

The joint investigation team conducted a comprehensive investigation and analysis.  Through extensive investigations into batteries, software, manufacturing data, and vehicle historical data, we did not find system defects and initially determined that the individual incident was caused by a single battery module failure at the front of the vehicle.  After the first appearance of smoke, the battery pack security system, as designed, controls the fire in a specific module of the battery and expels heat to the outside of the cabin and outside the module, leaving the rest of the battery pack intact.  Personnel in the car should have time to leave the vehicle safely.

Customer safety is a principle that Tesla attaches to.  Due to rigorous and prudent considerations, we have updated the charging and thermal management system to Model S and Model X vehicles through the OTA air upgrade to further protect the vehicle battery wells to improve battery life.

Although the probability of a Tesla electric vehicle fire accident is significantly lower than that of a gasoline vehicle, we will continue to pursue the goal of “O accident rate”. We will continue to do our utmost to take measures to solve the problem for the owner and to ensure the safety of the vehicle.  If the owner finds a problem, please feel free to contact our car owner service hotline 400-910-0707