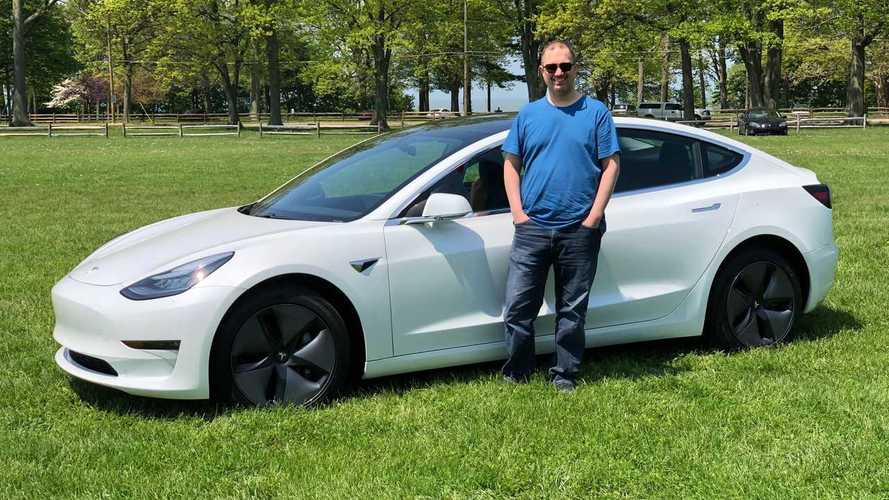 Why the Tesla Model 3?

To be honest, I couldn’t see the point of spending money on any other car besides it. I see the electric revolution coming in the near future, and when my partner and I buy a car, we plan on keeping it for a long time. I didn’t want to buy a gas-powered vehicle and be stuck with it five years down the road when electric vehicles will be much more common and accessible. Yes, we did stretch our budget to get the Model 3, but it was easy to prove to ourselves that it will also cost less in the long run than if we had purchased another gas-powered vehicle.

Also, the Model 3 is the future brought forward. Driving it is like no other car on the road today, and I say that as a person who drives cars of all kind for a living. It’s like every other automaker is playing by a set of unwritten rules and Tesla either never learned them or chose to ignore them. It makes the car refreshingly innovative in an industry that I hadn’t realized had gotten so stale.

What vehicle did the Model 3 replace?

A 2014 Kia Soul! It was my wife’s car, and she loved it. We bought it fully loaded at the time, and it was still affordable. The Soul was reliable, practical, and still charming. It’s worst quality, though, was its fuel economy. Our combined fuel economy never rose over 30 miles per gallon and was usually more like 26 mpg. We certainly don’t have that problem with the Model 3.

Is range ever an issue?

We purchased the Long Range Dual Motor model with a 310-mile range, so range has not been an issue at all. My wife works about 10 miles away and she only charges the Model 3 once per week. All of our charging has been done at home so far, where we installed a 240-volt outlet in our garage before the car arrived.

Have you taken the Model 3 on long trips?

Yes. So far, we’ve driven it to her parents’ house a couple of times, which is about 130 miles round trip. The Model 3’s range has been enough that we can drive down there, drive around for the weekend, and drive back all without charging. In fact, we had around 80 miles of range remaining after our last trip.

We’ll soon be driving the Model 3 to my wife’s brother’s house, which is a 260-mile round trip. Hopefully, we’ll get an opportunity to stop and recharge at a Supercharger facility during that drive.

What makes the Model 3 stand out among other best selling plug-ins?

The range, for one. Even if we had wanted to buy a Kia Niro EV, Hyundai Kona EV, Nissan Leaf, Chevy Bolt, or any other EV currently on the market, they all would have had less than 250 miles of range, some significantly so. The Model 3 was the only one with 300+ miles of range. With that much range, we really have no worries about ever not having enough charge to do what we want and go where want.

Also, every other EV still feels like a normal car that just happens to be electric. The Model 3 looks, operates and drives like something special. Tesla has really elevated and distinguished its driving experience to match the impressiveness of its technology, which makes driving the Model 3 feel different than a “normal” car.

Anything you wish you could change on the car?

I think it’s dumb it didn’t come standard with wireless smartphone charging, which we quickly fixed with an aftermarket solution. Also, if there were a cloth option for the upholstery, I probably would’ve opted for that (though I appreciate the vegan leather used on the seats). Other than those small things, though, I can’t think of anything that stands out that should be changed to make the Model 3 better.

Is there any other electric that you'd consider as an alternative to the Model 3?

No. All of the ones that are less expensive than the Model 3 aren’t that less expensive and they have considerably less range. They’re also less luxurious and operate more like any old gas-powered car I could buy. Of course, a Model S would be great for even more range and performance, but the price difference between the two is too great, and I didn’t want to buy a used Model S.

I’m most interested in the Rivian truck and R1 SUV, but am cautioning myself to reserve judgment until they actually go on sale with the confirmed specs the automaker has promised. It’s easy to compete with Tesla on paper when you haven’t actually built your product at scale and begun selling it, so I’ll remain cautiously optimistic for now.

Other than that, though, I’m actually disappointed with most full EVs on the market right now, particularly the new expensive ones from Mercedes and Audi.

Zero so far. We were a little nervous about the build quality, but the car was delivered in great shape. There’s been a couple of small things, like some weather stripping around the doors that needed to be pressed back into place, but nothing more serious than what experienced buying our last new car.