Here are the things I love (and a few things I would change) about the Bolt.

When I leased my Chevy Bolt EV in mid-2017 I was one of the very first in the state of Texas to do so. Now that I've had it for more than two years, I feel I can speak definitively about my opinions on the popular electric hatchback. 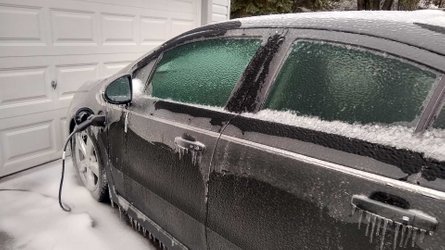 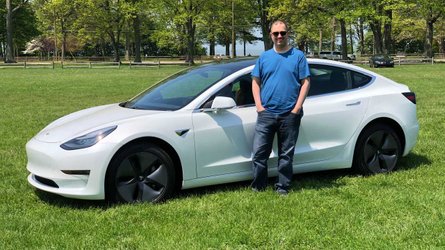 Why the Chevrolet Bolt?

By the time I leased my Bolt, I had already been driving electric for two years. In the summer of 2015, I purchased a Spark EV and had it shipped to my state from California. Shortly thereafter, my wife became hooked on driving electric and bought a Chevy Volt for herself.

Both cars had been excellent daily drivers for us, and we'd been pleased with our experience at our local dealer. So we were certain that our next cars would be an EV.

When the Bolt EV was announced, it was the clear and obvious upgrade for myself. Prior to the Spark EV and Volt, we had owned a Scion XD and a Jeep Liberty. So we were used to small crossovers or hatchbacks. The Bolt EV was much closer to the type of car I wanted to drive.

But I also knew that within a few years the Tesla Model Y, and new crossover offerings from other automakers would be available. I figured that by 2021 I would have more options to choose from. So I decided to lease a vehicle for the first time in my life.

Is range ever an issue?

So far, the Bolt's driving range has been more than enough for me. Here in Dallas, winters are relatively mild. So my estimated range is always above 200 except on rare winter days when temperatures drop into the teens or below.

My daily commute is about 45% highway. City street speeds on my commute are between 40 and 50 mph. Highway speeds vary wildly due to Dallas traffic, but most days exceed 60 mph. Most of the year, my available range exceeds EPA rating by a significant amount. In the spring, it is not uncommon to see range estimates between 290 and 310 miles. During the summers, my range estimate fluctuates between 250 and 270 miles.

Have you taken the Bolt on long trips?

We have now taken the Bolt EV on several road trips where we primarily used public charging. When possible, we seek out EVgo fast charging stations as they're the most reliable in our area. So far, the Bolt has reliably gotten us to Austin, San Antonio, and Broken Bow, Oklahoma.

Our recent trip to Oklahoma went relatively well using a mix of EVgo and Electrify America stations. Then we trickle charged daily at the cabin we rented. We did have some issues with Electrify America's charging stations, but were always able to get a charge. I'll have an article up later this summer that goes into more detail on that trip.

Our next major road trip will be to Denver, CO and we're not concerned about our car getting us there. Although we're not going to be driving to New York or Los Angeles anytime soon.

What makes the Bolt EV stand out among other best selling plug-ins?

It is good to have a car that is versatile. The Bolt is comfortable for 4 adults in a way that the Spark EV and Volt are not. There is also plenty of cargo room for luggage, shopping or dragging materials to and from Home Depot.

This was immediately apparent when we purchased a new home about a year and a half ago. During our move, I managed to fit 6 dining room chairs into the back, a coffee table in the front seat, and I still had space for a few small boxes. It took some creative stacking, but this is something that the Volt, Spark EV and many other electrics just are not equipped to do.

Since then I've also done a great deal of handiwork around the house. I like that I can drive to Home Depot to pick up 6' pickets or 8' lumber or maybe even an awkwardly sized arbor kit and not have to worry about whether or not it will fit.

Anything you wish you could change on the car?

I have a few minor quibbles that aren't deal breakers. The biggest complaint I have is that I wish the charge rate did not taper so quickly at CCS stations.

While I find the seats to be perfectly adequate (and an improvement over the Spark), they pale in comparison to my wife's Volt. Still, the roomier interior of the Bolt is actually more comfortable than the Volt on long trips.

Finally, while the center console is well laid out, the infotainment screen UI is not. Menus look too similar to one another and navigating between them is not intuitive. Even after two years I occasionally struggle to find a particular menu or setting.

Is there any other electric that you'd consider as an alternative to the Bolt EV?

As of right now, no. Kia and Hyundai both have similarly sized electric offerings with comparable range. But they are not viable options for me. If they were more widely available, I might suggest them as an alternative. Unfortunately, finding one is nearly impossible in most of the United States.

My wife will be replacing her Volt with a Tesla Model 3 at some point in the future. That is an excellent car, but I'm not looking for a sedan to replace the Bolt. The Model Y, on the other hand, I will be looking into very closely once my lease is up. I'm also very interested in seeing any new EV offerings from Chevy, Buick or Cadillac. (Hopefully they do not drop the ball.)

Overall, I've been very pleased with the Bolt. For whatever reason, many people have decided to hate on the Bolt from the moment of its launch. Don't take them too seriously, and don't write the car off until you've tried it for yourself.