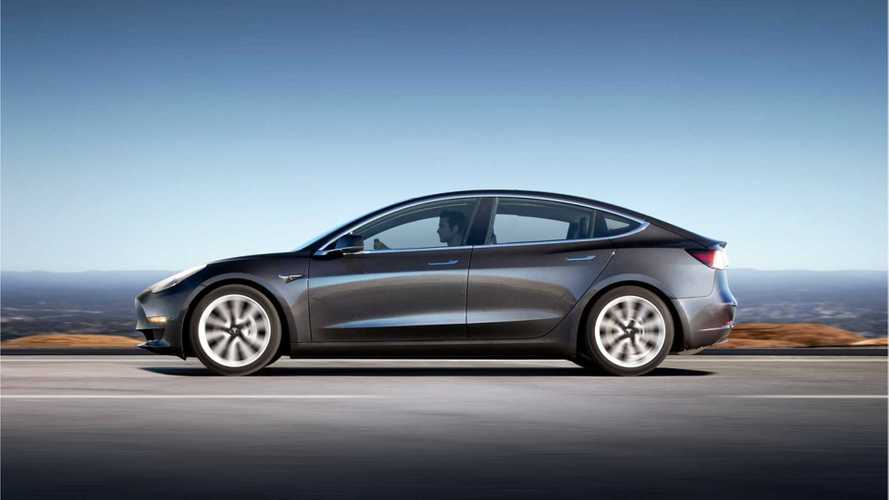 This year, the first manufacturers will hit cumulative sales of 200,000 plug-in electric cars in the U.S.

***UPDATE: Via its EV Incentive page, Tesla has confirmed the selling of its 200,000th vehicle in the U.S. Tesla has updated its phaseout chart to depict this. Here's the chart as it stands now:

This impacts Model 3 buyers more so than Model S or X. Those awaiting the base Model 3 will now have to decide whether to wait it out at potentially a reduced credit, or pony up for a higher level version of the car at the full credit, which remains in place through the end of the year.

**UPDATE - This post has been updated to include sales through the end the November 2018.

Currently, all of the plug-ins vehicles sold in the U.S. are eligible for full federal tax credit of up to $7,500 (depending on battery capacity - see actual credit amount for each vehicle here).

But when a particular manufacturer sells 200,000 units, like Tesla and GM already have, the full amount will be available through the end of that quarter and for the following quarter. Then, all new plug-ins from that manufacturer will be eligible for just 50% of the per-vehicle credit amount - for only two more quarters. After that, the credit diminishes even more until it's eventually gone for that particular manufacturer.

As we explained in the past, this is how it all works.

"Each independent automaker’s eligible plug-in vehicles receive a federal credit (up to $7,500) federal credit – until the 200,000th plug-in is registered inside the US, when a countdown for phaseout of the credit begins.

At the time of the 200,000th sales, and so as not to disrupt/confuse those buying the EVs, that full $7,500 credit continues through the end of the current quarter and to the completion of the next quarter.  After this period ends the “phase-out” begins, meaning the credit is reduced to $3,750 for the next 6 months, then to $1,875 for the next 6 months before expiring completely.

During any part of the phase-out process (between sale #200,000 and the calendar expiry date), the OEM is free to BUILD AND SELL AS MANY EVS as they can/want, receiving the applicable incentive amount."

And here's the phaseout, as explained by the IRS:

The qualified plug-in electric drive motor vehicle credit phases out for a manufacturer’s vehicles over the one-year period beginning with the second calendar quarter after the calendar quarter in which at least 200,000 qualifying vehicles manufactured by that manufacturer have been sold for use in the United States (determined on a cumulative basis for sales after December 31, 2009) (“phase-out period”).

There are six manufacturers most advanced in progressing towards 200,000, including 2 that have gone over.

Taking into consideration the numbers and pace of sales in the past months, Tesla hit 200,000 first, in the second half of this year.

General Motors was second to the 200,000 level (according to our estimates) with a breakout month of sales for the Bolt and Volt in November 2018.

It's likely Nissan will be third, but with sales of the new LEAF lower than initially anticipated, this will be a long ways off still.

After that, it's not so clear which automakers will be next.

We'll update this list on a monthly basis as new sales figures come in. You can keep track of U.S. sales here and remember to check out our Compare EVs page for information such as federal tax credit amount, pricing, range and more.

*Eric Loveday contributed to this report