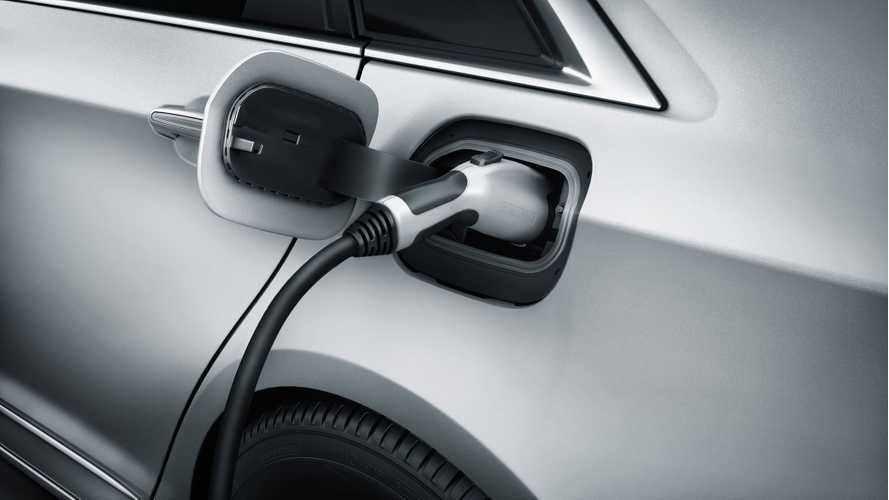 How long do you have to buy a new plug-in electric vehicle in the US and still receive the full $7,500 federal credit? We have an answer for you!

Possibly the most requested information we are asked about electric vehicles, almost on a daily basis, is:

Yeah, we know why you want to know...it's all Tesla Model 3, all the time.

To satisfy that thirst for knowledge, we periodically put out the current and projected sales status of the 6 major automakers that are in jeopardy of triggering the phaseout of the $7,500 fed credit over the next 4 years.

One can find the updated chart and data set below, but first here is a quick rundown of how the program works; for those who aren't aware, or perhaps just need a refresher.

How the US electric vehicle Federal incentive program works:

Each independent automaker's eligible plug-in vehicles receive a federal credit (up to $7,500) federal credit - until the 200,000th plug-in is registered inside the US, when a countdown for phaseout of the credit begins.

At the time of the 200,000th sales, and so as not to disrupt/confuse those buying the EVs, that full $7,500 credit continues through the end of the current quarter and to the completion of the next quarter.  After this period ends the "phase-out" begins, meaning the credit is reduced to $3,750 for the next 6 months, then to $1,875 for the next 6 months before expiring completely.

During any part of the phase-out process (between sale #200,000 and the calendar expiry date), the OEM is free to BUILD AND SELL AS MANY EVS as they can/want, receiving the applicable incentive amount.

An example of the system on a graph:

How The $7,500 Phase-Out Of The Federal Credit Works

That is the basics behind the progam.

Now to figure out when they will expire, the first (and easiest thing) to calculate is how many plug-ins have been sold to date cumulatively.

As an example, in the case of General Motors today: Chevy Volt, Chevy Spark EV, Cadillac ELR, and now the Chevy Bolt EV.  For Ford it would be the Fusion Energi, C-Max Energi and Focus Electric.

From there, we take the future expectations for sales, and chart out when the $7,500 phase-out will begin (as explained above).

We should note that the projecting part for the most part is not terribly difficult as one only as to estimate the quarter in which 'sale number 200,000' is made...meaning one can actually miss the actual sales number by upwards of 20,000 units, and still have the $7,500 phase-out being triggered in the same quarter.  So, our expected +/- margin of error is ~1 quarter.

With all that in mind, here is the expected phase-out chart for all the major OEMs in the United States:

As all automakers are well aware of this credit, the lower volume OEMs are more sensitive to the effects of the program (such as Tesla), and therefore it is our expectation that they will make sure that EV #200,000 is moved at the very beginning of a new quarter, thus ensuring the maximum number of unlimited selling days (~6 months) for its "in demand" plug-in products.

For Tesla specifically, we estimate they will hit #200,000 in early Q2 of 2018, which will give the automaker from April 1st to September 31st, 2018 to make as many Model S, X and 3s as they can.  So, if you are holding a reservation ticket for a Tesla Model 3 and reside in the US, this is likely your sweet spot/deadline for netting the whole $7,500 credit.

Editor's Note:  The wild card for Tesla is of course when volume production gets underway for the Model 3.  Tesla CEO Elon Musk has stated a desire to produce 100,000 (or more) in 2017, from a 'best case' launch in July 2017 (that even the CEO puts as *asterisk beside).

Given the time that has passed since those hopeful projections, knowing where the company is today, and its past track record on launches - we tend to think that nowhere near 100,000 Model 3s will see the light of day in 2017...so we are lightly penciling in about ~15,000 deliveries in 2017 in the US for the inexpensive future Tesla.

We should take a moment to note that Tesla says it will start delivering premium versions of Model 3 on the US west coast starting in ~Q3 of 2017, before spreading out further east across the US, and then doubling back to deliver the full lineup, including the entry level Model 3s (promised to retail from ~$35,000), thereafter.

Strong Prius Prime sales to trigger Toyota's sunset of the company's $7,500 credit in Q1 of 2020* (that is, if the program was allowed to continue...which we think not)

A note on the program itself:  The entire program is designed and controlled at the whim of the US government.  With a new administration coming into office on January 20th, the program could be reviewed and adjust sometime in the second half of 2017.

While it was our believe that the previous administration's intention (and subsequent Democrat administration - if elected) to increase the credit to ~$10,000, and make it had 'hard' sunset date for all automakers (inclusive) at a point well into the future, it is hard to predict President-Elect Trump's plan for the credit, or if he has one at the moment.

What we do know for sure, is that there is almost no way the new administration would allow Tesla and General Motors to lose the $7,500 federal credit while the other (and sometimes foreign) automakers reaped the benefit of being slower to produce electric vehicles.  The possibility of a re-configuring/sunset of the entire program at the point in time Tesla and/or General Motors reach the 200,000 cap seems highly probable.

So if you're looking towards a future-planned EV buy, one has to keep a close eye on what GM and Tesla are up to, because they likely control the fate of the whole.