Plug-in hybrids performed rather well for the month, which is unusual.

October 2022 was another month of misery for Italy’s once-promising EV market. In stark contrast with the rest of Europe’s main arenas, which keep making strides in electric mobility adoption, the Mediterranean country is still in the midst of an identity crisis.

Official statistics from Unrae for the month of October dim the picture even further than previous recent months. While the overall car market continued its rebound, the same was not for plug-in cars.

Over 117,000 cars were registered this month, an increase of 14% Year-On-Year (YoY) from less than 103,000 in October 2021. In a surprising twist, petrol and diesel powertrains both increased their market share YoY, reaching 27.4% and 18.7%, respectively, up from 25.8% and 18.1% a year ago, although their combined share is now steadily below 50% of the market. Plugless hybrids maintained their dominance, reaching a near peak of 36.3% of the market and consolidating their lead in 2022.

Fully electric cars were instead subject to the most severe crash to date in absolute and relative terms. Only 3,695 units were registered in October, for a negligible 3.1% share in a rebounding market. This meant a gigantic 48.1% YoY decline (!) from 7,123 registrations just twelve months ago, when BEVs had reached a near 7% share. What could explain this catastrophic decline?

With new incentives in place now for a few months, only upcoming economic turmoil and the shift to a new political government might be considered to have contributed internally, although other broader, more logistical factors could be the outside cause of this new minimum. With the start of the fourth quarter, BEV deliveries may have fallen short of usual numbers in Italy, due to ongoing supply shortages and the prioritization of other European markets by car makers. It is surely hoped this is the rock bottom from which BEVs should look back up going forward, but one cannot be too sure, as winter is coming, literally and figuratively. 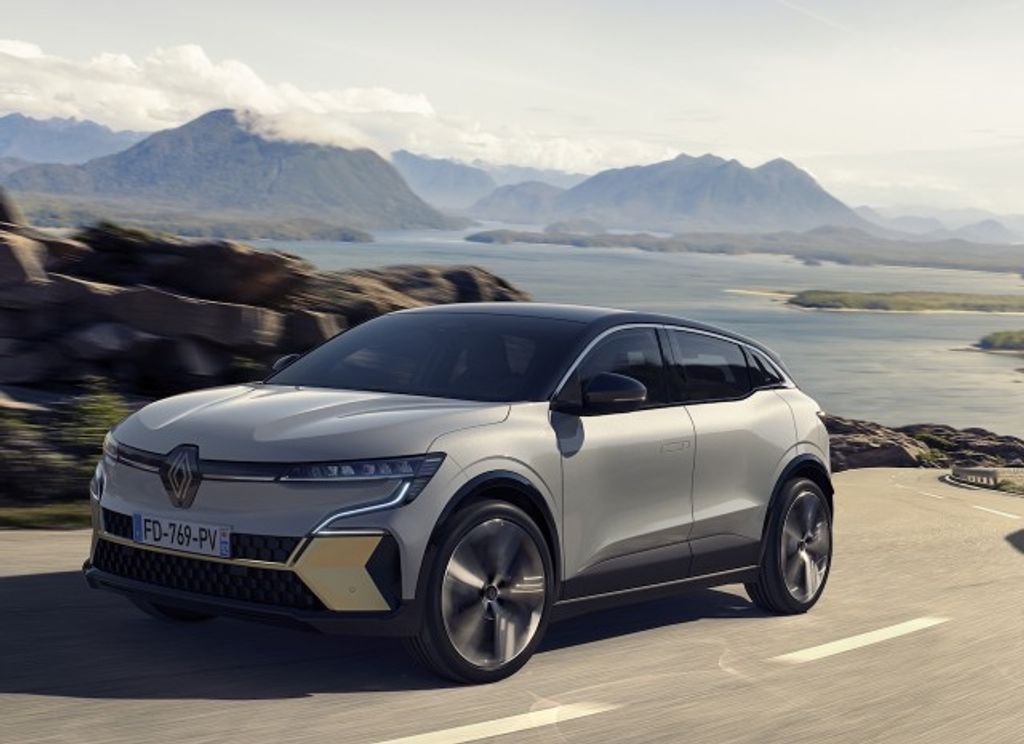 Plug-in hybrids, on the other hand, performed rather well for the month. With 6,116 registrations, PHEVs reached a 5.2% market share, growing a substantial 17.4% YoY from 5,209 units twelve months prior (when they took 5.1% share). This is an unusual increase for plug-in hybrids, which are otherwise seeing flat sales elsewhere in the continent, as consumers mostly turn to favor BEVs as new models enter the scene.

Thanks to the bumper performance of PHEVs, overall plug-in sales reached 8.3% market share, above recent lows experienced over the summer period but far from the exceptional 12% share of October 2021. Also, this level was reached through a low BEVs to PHEVs ratio that goes against the natural trends found in all other major automotive markets. 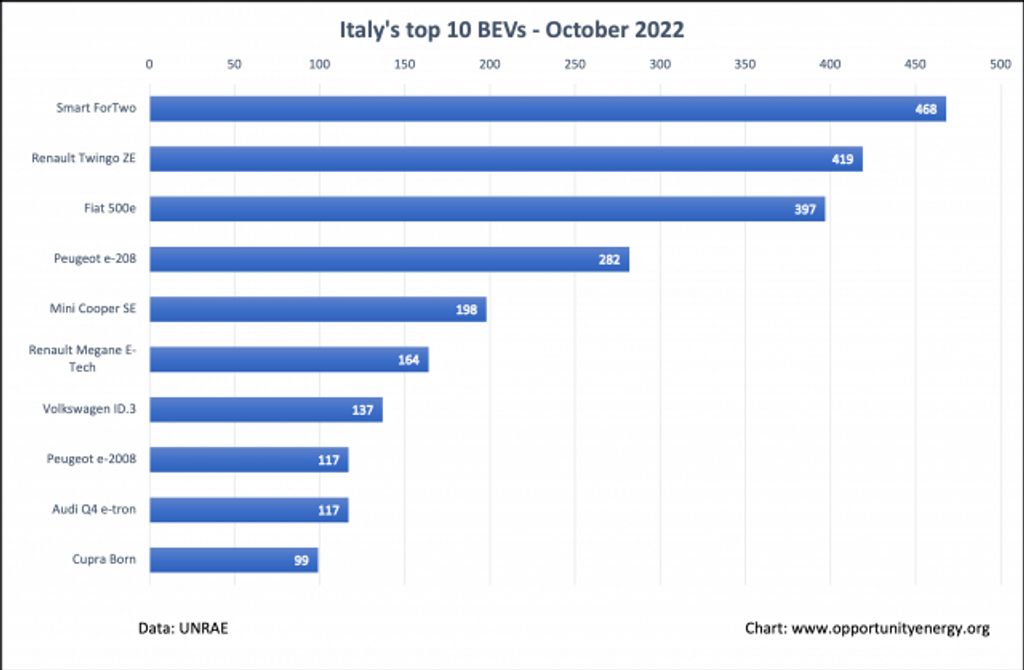 With numbers cut in half from the healthy levels of 2021, Smart ForTwo gained a precious first monthly crown, albeit with an underwhelming 468 registrations. The two-seater city car is still a favored option in urban contexts, particularly in narrow Italian roads, and is bound to maintain its BEV ranking for the foreseeable future.

Following closely in second place with 419 units, Renault Twingo ZE managed to overtake Fiat 500e, an unexpected third as subdued sales only reached 397 units – while being in high demand throughout the rest of Europe. Perhaps simply a temporary glitch as delivery focus may have been shifted elsewhere.

Out of the podium, a varied mix of B- and C-segment models followed, with the notable – and unusual – the presence of Renault’s Megane E-Tech ahead of VW ID.3, along with VW Group platform siblings Audi Q4 E-Tron and Cupra Born. The poor performance of popular mini BEVs, due at least in part to the reduced incentives that disproportionately affect low-margin models, is in turn highlighting the performance of higher price tag new BEVs from medium segments, particularly in a month devoid of Tesla deliveries.

Read More About EVs In Italy:

It will be interesting to see how the balance of supply and demand will stabilize BEV figures towards the end of the year, which may or may not be salvaged by individual models’ peak deliveries. For now, one thing is for sure: Italy’s 2022 will close with negative growth for electric mobility and a tricky path forward into 2023.