The company intends to increase the production rate to 270,000 annually.

The jubilee vehicle was produced at the Cuautitlán Stamping and Assembly Plant in Mexico (the Mach-E is produced also in China, but on a much smaller scale).

As part of its electrification efforts, Ford intends to increase the Mach-E global production rate to 270,000 units annually (about 4 times higher than its 2022 level).

In the first 10 months of this year, Ford delivered in the US over 31,000 Mach-E, which allowed Ford to become the #2 BEV brand in the country. According to the manufacturer, the Mach-E is also turning on dealer lots in just 10 days on average.

The Mach-E is available in 37 countries around the world (compared to 22 in the first year) with plans to add more in 2023. New Zealand, Brazil and Argentina are mentioned as the latest markets for the electric Mustang: 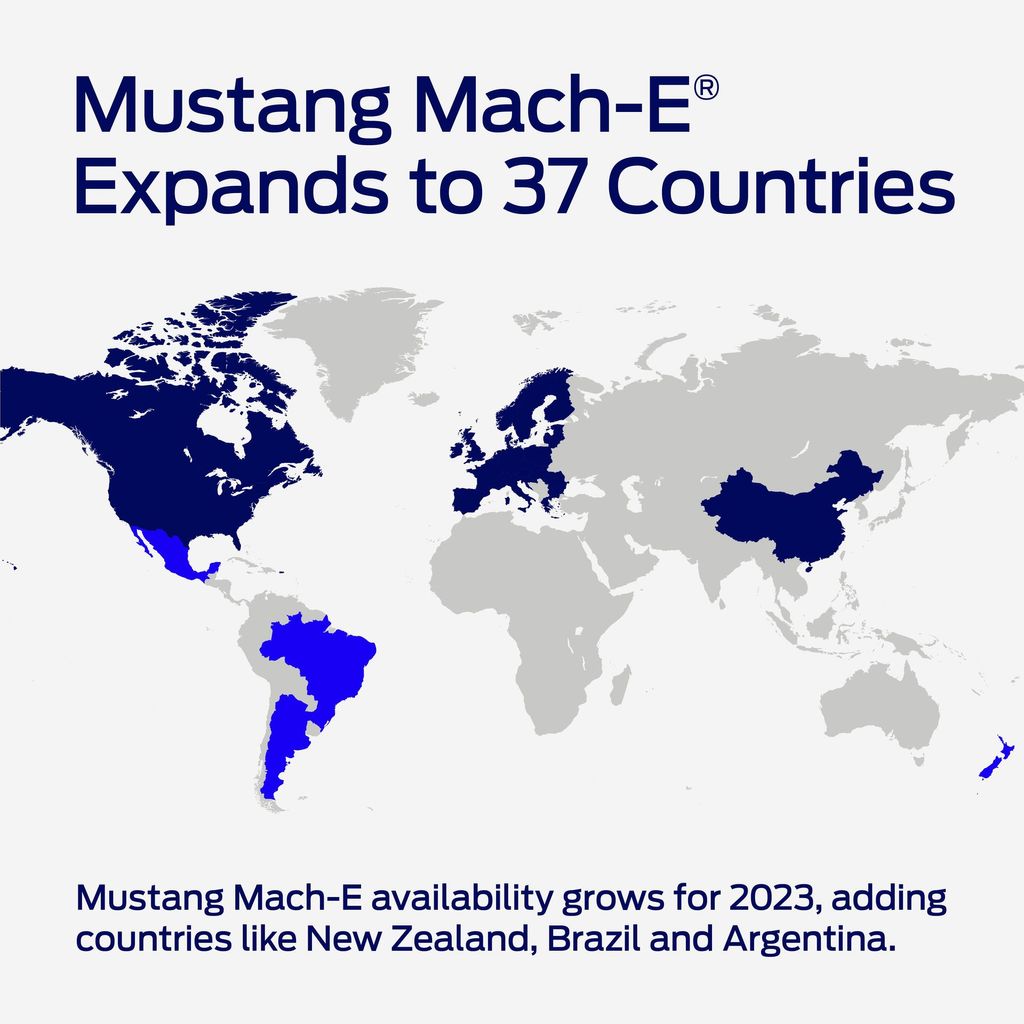 An interesting bit of insight from Ford is that almost all of the Ford Mustang Mach-E sales are coming from customers replacing an internal combustion vehicle with an electric one in- more than 8 out of 10 in the US and 9 out of 10 in Europe.

“When we put the pony on this Mustang, we knew we’d have skeptics. What we didn’t quite know then was just how popular this car would become. I love seeing Mustang Mach-E vehicles on the road and talking to customers, and I am seeing more and more of them.”

We will probably soon see an increase in Mach-E production in Mexico beyond 10,000 units per month (it was over 8,500 in October), as the plant has been significantly upgraded.

“The plant is buzzing. There’s a new battery line, new chassis line, additional assembly line, we’re literally maxing out the space to make more Mustang Mach-E vehicles. We most recently added a new paint shop, too. Nothing is standing still for long!”

Ford Breaks Ground At BlueOval City: $5.6 Billion Investment In Tennessee
8 Tips To Maximize The Range Of Ford F-150 Lightning In Cold Weather
++
Comment!
Got a tip for us? Email: tips@insideevs.com