The Renault Megane E-Tech is the latest all-electric model tested in Bjørn Nyland's 1,000 km challenge, which is designed to test long-distance travel capabilities related to the combination of range, efficiency, and fast charging.

After a promising range test, it was expected that the French EV might be pretty strong on a longer distance test. Bjørn Nyland even initially estimated that a time of 10 hours and 45 minutes was possible, which would be on par with the Volkswagen ID.3 (62 kWh battery version).

But the Renault Megane E-Tech (60 kWh battery version) was not able to go under 11 hours and interestingly, happened to be slower than the Nissan Ariya (66 kWh battery version), based on the same Renault-Nissan-Mitsubishi Alliance's CMF-EV platform.

According to the video, the Renault Megane E-Tech completed the distance of 1,000 km (over 621 miles), at an average temperature of 12°C, in 11 hours and 15 minutes (after some time deductions).

During the test, the car was charged a total of six times along the way (5-6 is a typical number of stops for the challenge). After the initial 227 km (141 miles), the average distance between charging stops was 129 km (80 miles).

The average energy consumption of the Renault Megane E-Tech amounted to 243 Wh/km (391 Wh/mile), so it was a bit high. We hoped for at least 10% less energy usage.

Another issue is fast charging, which should be slightly better for a 60 kWh battery, according to Bjørn Nyland. On the other hand, he concludes, in most cases, the electric Megane will be used locally so it might not be a big issue. 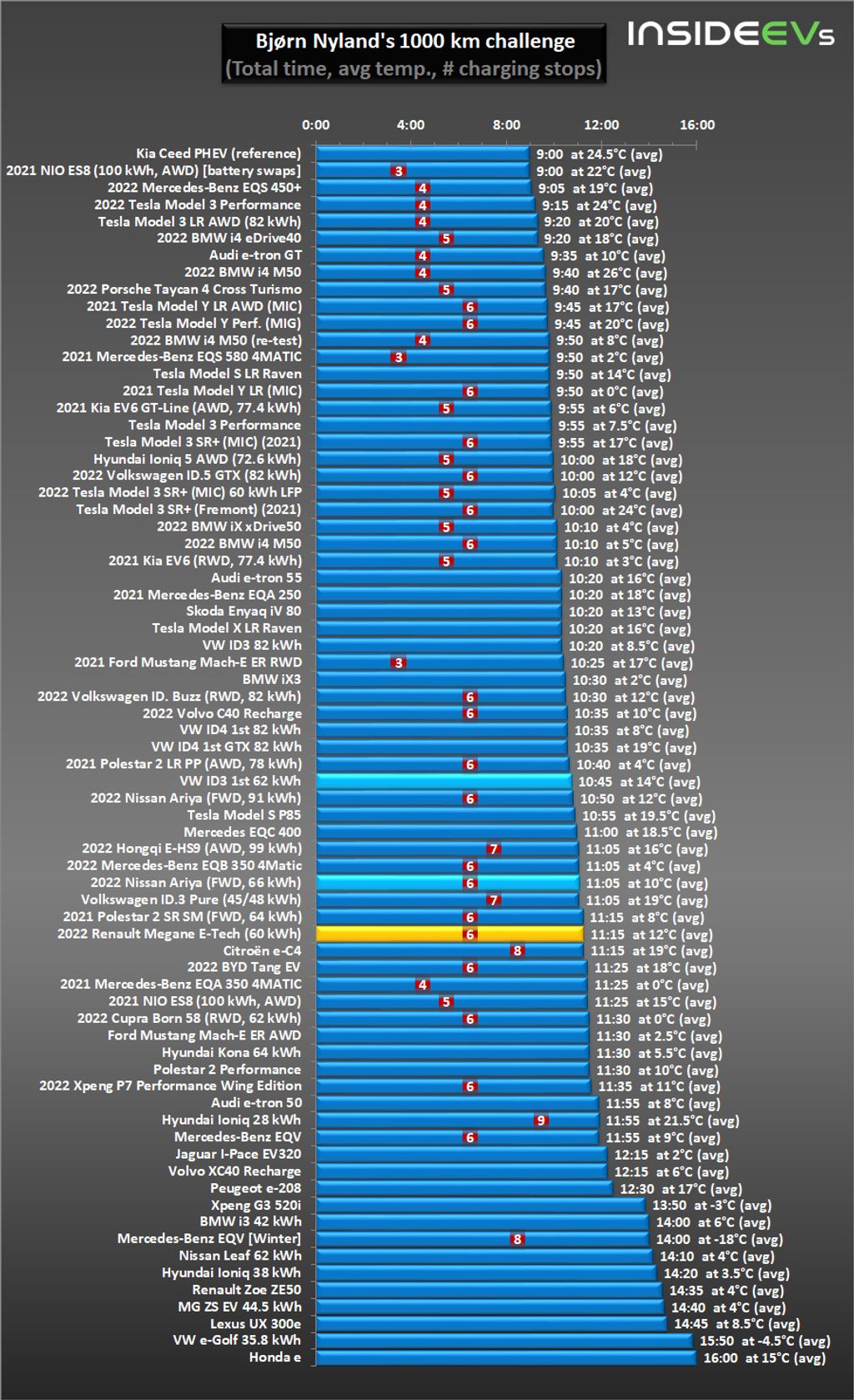 ⠀ Volkswagen ID. Buzz Matched ID.3/ID.4 In Bjørn's 1,000 km Challenge
Tesla Announces The Opening Of Its Proprietary Charging Standard
By: Mark Kane
++
++
Got a tip for us? Email: tips@insideevs.com