The van happens to be quite efficient and offers really strong fast charging performance.

It's not a surprise actually, as the earlier range test already indicated relatively high efficiency (for a van), good range, and very good fast charging capabilities (over 180 kW peak).

The first thought is that it's a very similar result to the Volkswagen ID.3, Volkswagen ID.4 and (Skoda Enyaq iV) models, equipped with an 82 kWh battery. The difference is ±10 minutes. Let's note that the ID. Buzz has lithium-ion cells from a different supplier than other MEB-based EVs (which initially caused some issues).

During the test, the car was charged a total of six times along the way (5-6 is a typical number of stops for the challenge). After the initial 208 km (129 miles), the average distance between charging stops was 132 km (82 miles).

The average energy consumption of the Volkswagen ID. Buzz amounted to 299 Wh/km (481 Wh/mile), which is almost identical to the Audi e-tron 55 SUV. Not very efficient, but efficient enough for a van.

The key characteristic of the ID. Buzz during the test was its fast charging capabilities - above 180 kW at peak, and pretty high power even at high state-of-charge (SOC). Let's recall that according to the specs, the van can recharge from 5 to 80% SOC in 30 minutes (as long as an ultra-fast charging stations is available). 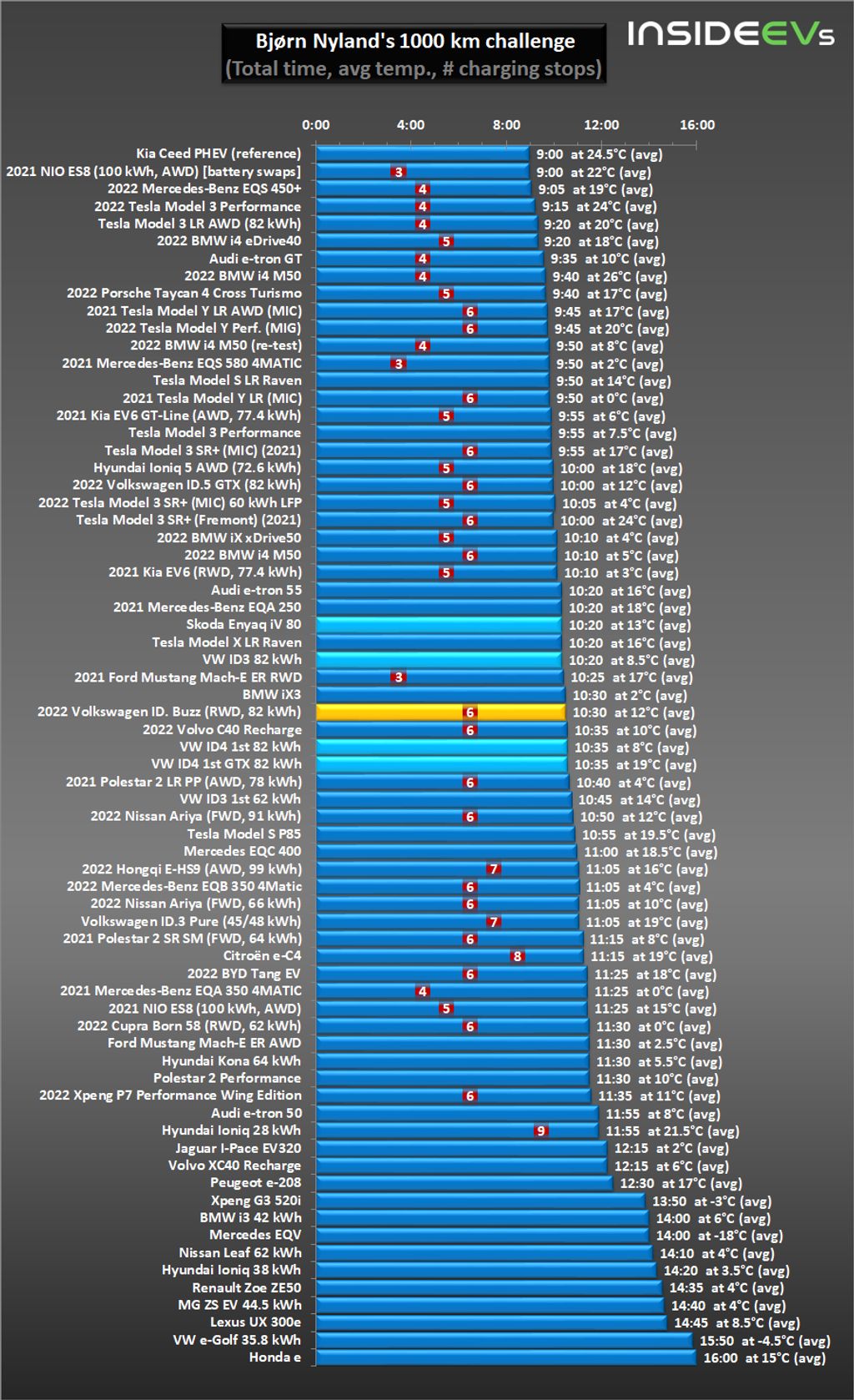